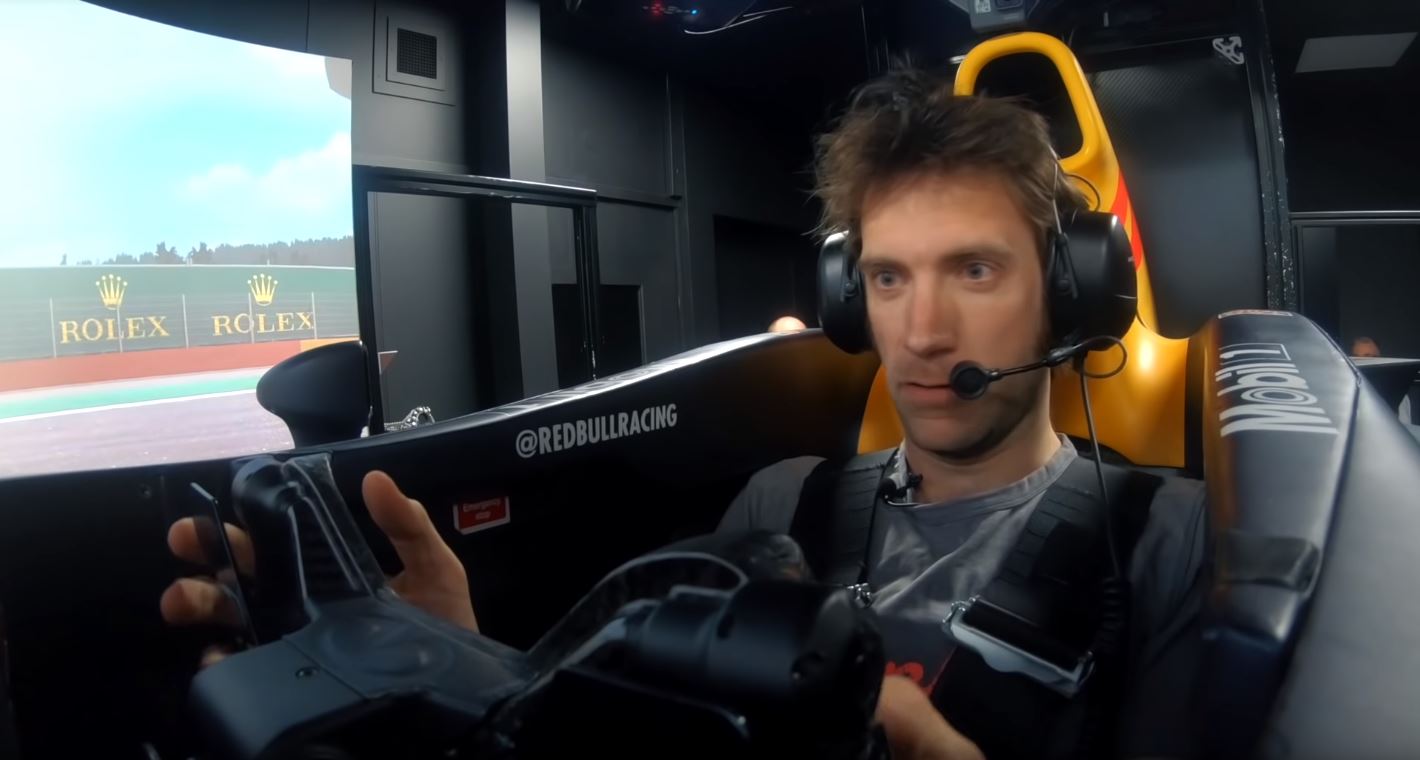 The Aston Martin Valkyrie is inching closer to production everyday. We recently saw the first verification prototype of the hypercar at the recently concluded Geneva Motor Show. Soon after, Aston invited a bunch of journalists including Henry Catchpole from Carfection and James from Mr JWW Youtube Channel to Redbull’s HQ in Milton Keynes, England to test the Valkyrie on the Formula 1 simulator.

The goal of the simulated drive was to give the guys first impressions of how fast the Valkyrie would feel on a track compared to today’s top of the crop supercars. First they were made to drive around the Circuit de Spa Francorchamps in “current benchmark high performance road car” and were later given a go in the Valkyrie’s simulated model.

The reactions were of course stirring but the numbers should put the experience into perspective better. Henry was able to reach 210 mph at the end of the Kemmel straight, and that the lap times were somewhere in LMP1 car territory, even on street tires. Even more amazing is the fact that the Valkyrie was 29 seconds faster around the circuit than the “current best.” The full lap times weren’t revealed as Aston and Redbull don’t want their competitors to know how fast the Valkyrie is actually going to be.

The Redbull Formula One simulator is the most advanced there is. It utilizes an actual Redbull F1 chassis, steering wheel and peddle box, mounted on a hexapod platform with all the software being developed by Redbull. Redbull engineers put in 5000 lines of code to parametrize the vehicle model for each outing in the simulator. 18000 data channels are available which have resulted in 700 gigabytes of simulated data accrued to date. This simulator is the closest thing to driving the car in real life and it showed us the first glimpse of the stuff we can expect from the Valkyrie.