Aston Martin has confirmed that it will showcase two new models at Pebble Beach this year. The line-up will include the latest development prototype of the Valhalla supercar and the DBX 707. SUV.

Besides these, Aston will also reveal an ultra-exclusive model during a private event on August 19. The new model is said to be a tribute to the 24 Hours of Le Mans. Could this be the Valkyrie-based Le Mans racer that was put on the backburner?

Another model that we’re really looking forward to is the V12 Vantage Roadster. We had shared the first images of the open-top V12 Vantage in June. 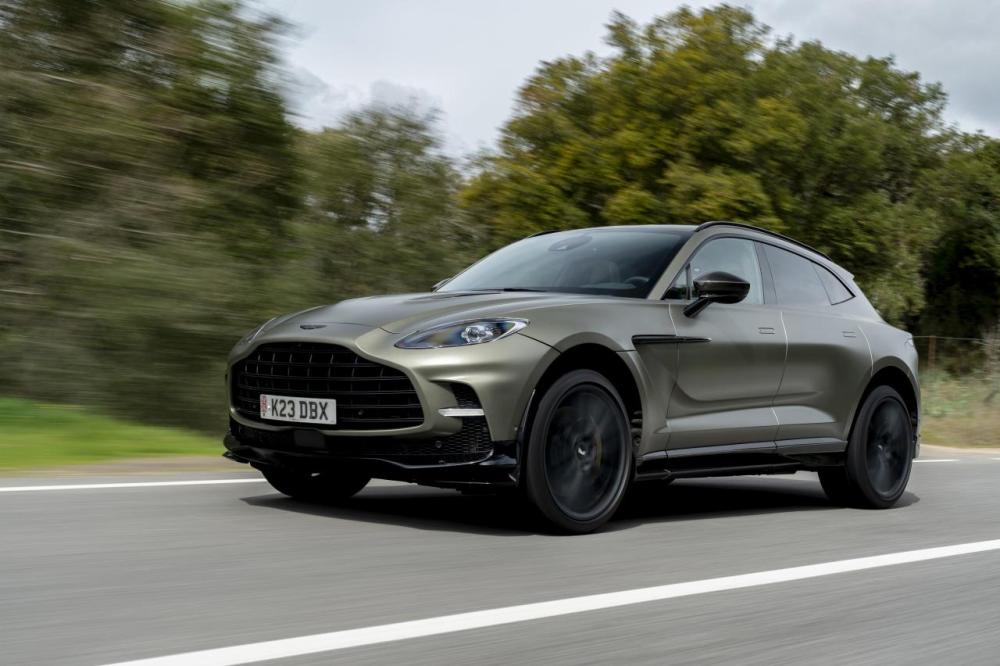 Like the coupe, the Roadster too will be powered by a 5.2-liter twin-turbo V12 engine. This engine makes 690 hp and 555 lb-ft of torque and will be mated to an 8-speed automatic transmission. Production is likely to be limited to just 199 units.

The production-spec Valhalla was revealed a year ago. The supercar is powered by a 4.0-liter twin-turbo V8 and dual electric motors for a combined output of 937 hp and 738 lb-ft. The latest development prototype might feature a few minor changes.

And finally, the DBX 707 is the most potent version of Aston’s first SUV. It will lock horns with the Lamborghini Urus and the upcoming Ferrari Purosangue.

Powering the DBX 707 is a 4.0-liter twin-turbo V8 engine that develops 700 hp and is mated to a 9-speed wet clutch automatic transmission and an all-wheel-drive system.