A 2020 Lamborghini Sian is up for sale in the United States. The supercar has been listed on the DuPont Registry for just under $4 million.

The Lamborghini Sian FKP37 was unveiled in September 2019. It is the first mild hybrid to roll out of Sant’Agata. Considering it cost around $3 million when new, a million-dollar mark-up seems a bit optimistic. 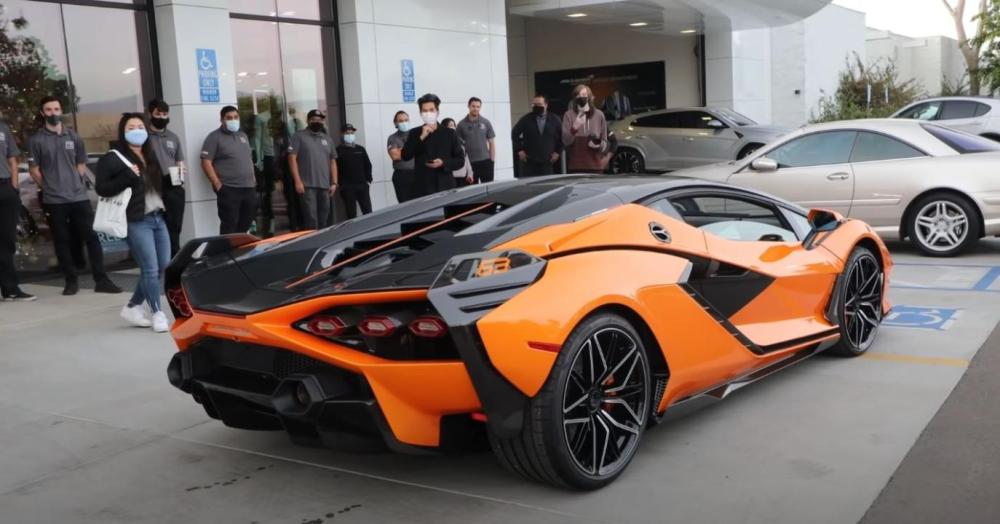 Lamborghini produced 63 examples of the Sian coupe. We believe the one featured here is the first car that was delivered to the US. The car is finished in a dual-tone theme of orange and black, while it has black Alcantara with orange highlights on the interior. It’s not a special spec by Sian standards.

Lamborghini also built 19 units of the Sian Roadster. Unsurprisingly, this is the most sought-after.