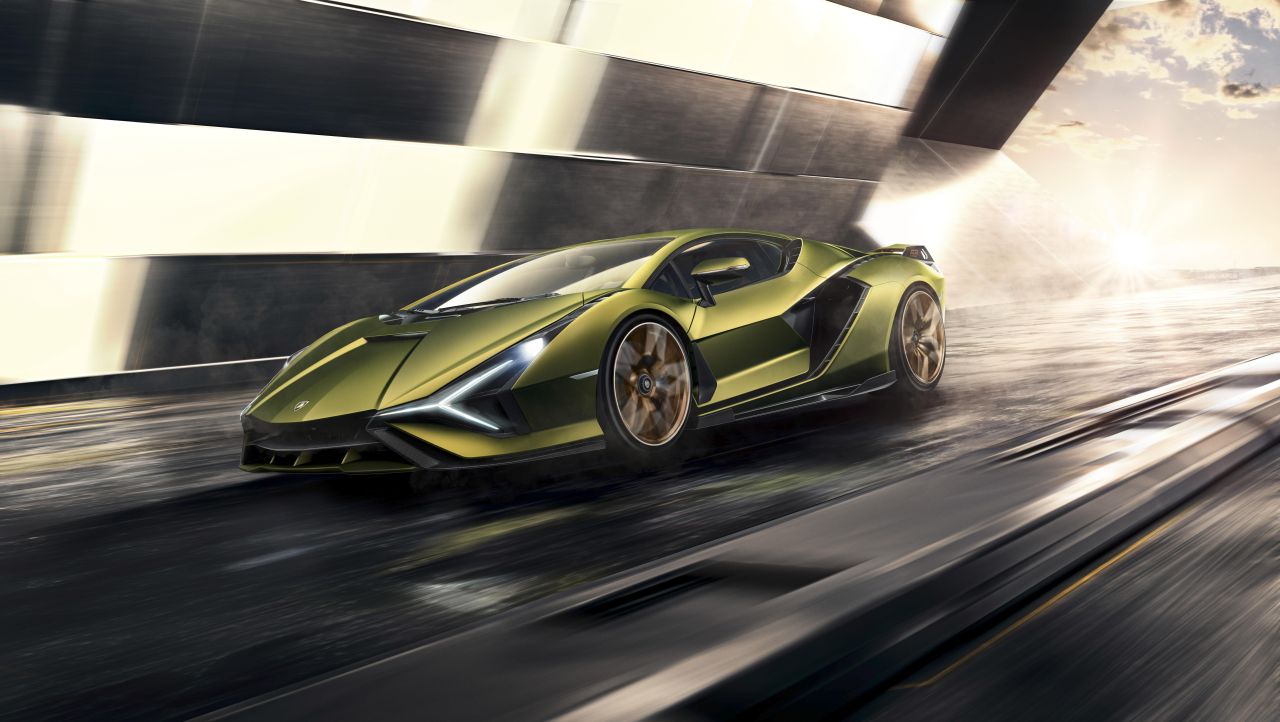 Lamborghini Sian (LB48H) is the automaker’s first supercar with a supercapacitor-based mild-hybrid system.

The Lamborghini Sian certainly looks the part with its aggressive wedge shape, low slung front end and a rear end unlike anything we’ve seen before. The headlights are similar to the Terzo Millennio concept, while the overall shape of the car is inspired by the Countach. The rear features three hexagonal LED lights and an active spoiler. The spoiler end plates are fixed to the bodywork. The car has an upswept rear diffuser with twin hexagonal exhausts. 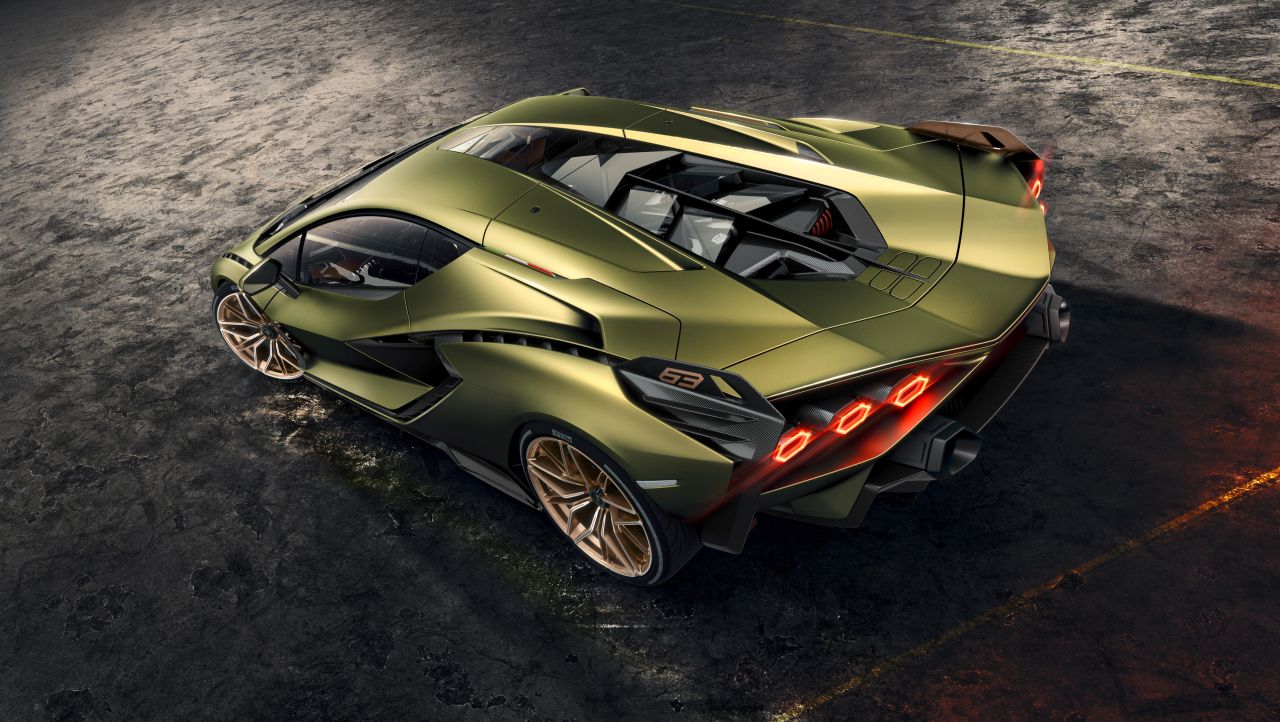 The interior of the Sian appears to be an evolution of what we’ve seen in the Aventador. You will find Y-shaped design elements and hexagonal surfaces scattered all over the interior.

Besides, the car has autonomous vent flaps that regulate the temperature around the exhaust. Now, these operate without any electric motors or sensors. According to Lamborghini, the so-called “smart material” distorts when the temperature rises.

Powering the Sian is a 6.5-liter, naturally aspirated V12 engine that produces 785 hp @ 8500 rpm and 531 lb-ft @ 6750 rpm. A 48 V electric motor adds another 34 hp and 28 lb-ft of torque, for a combined output figure of 807 hp. The mild-hybrid system uses a lithium-ion supercapacitor to store energy. It is said to be 3-times more powerful than a conventional battery and has the same weight. The electric motor sends torque directly to the rear wheels. The supercapacitor is recharged during braking, like any other re-generative braking setup.

The power is sent to all four wheels via a 7-speed transmission and a Haldex all-wheel drive system with a mechanical self-locking differential at the rear. Despite the extra power, the Sian has a top speed of 217 mph, which is identical to the Aventador, while 0-60 mph comes up in 2.8 seconds.

The Sian is based around a carbon fiber monocoque chassis with carbon bodywork. It has push rod operated suspension at the front and rear as well as rear-wheel steering.

Only 63 examples of the Sian will be built and all are already sold. 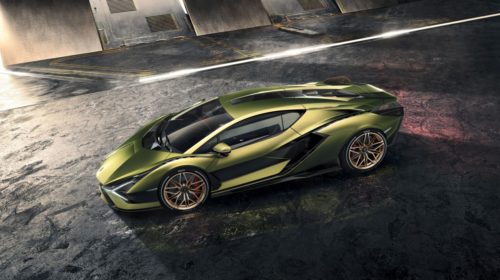 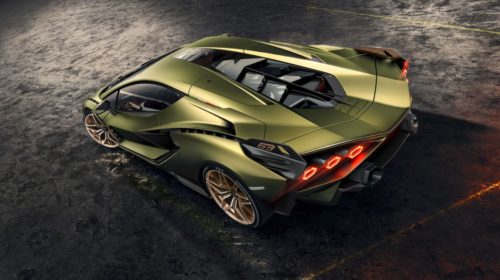 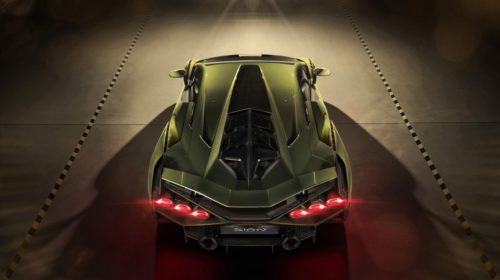 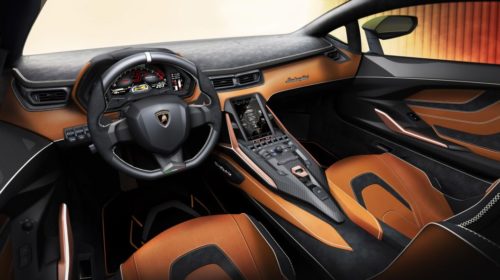 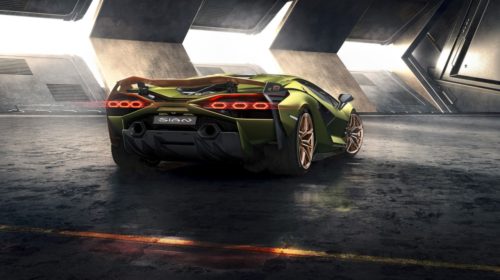 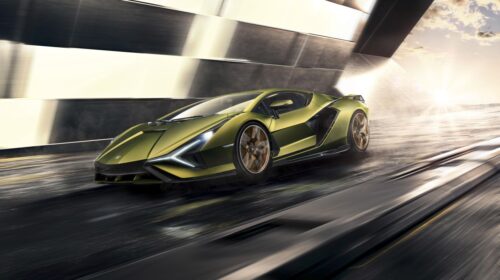 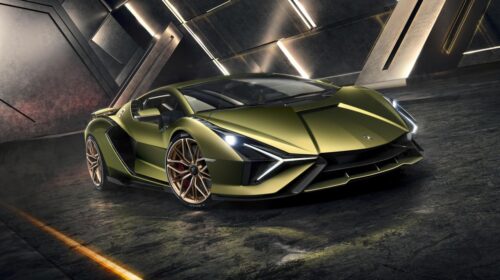 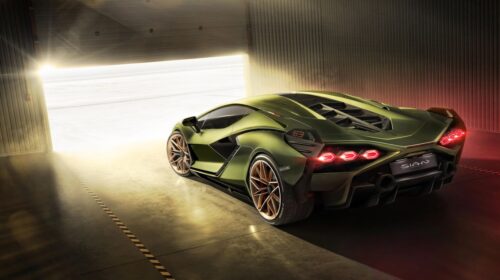