The 1,972 hp, all-electric Lotus Evija has arrived in the Middle East to mesmerize the Sheikhs and oil barons.

The Lotus Evija is taking the sports car manufacturer to a league which it has never really competed in before – the hypercar segment. And we must say, the 1,972 hp high-performance car has got both the show and the go to be a competent player in the arena which is currently dominated by established names like Bugatti, Koenigsegg, and Pagani. Not to mention the new-generation all-electric and hybrid contenders like Rimac and Pininfarina. 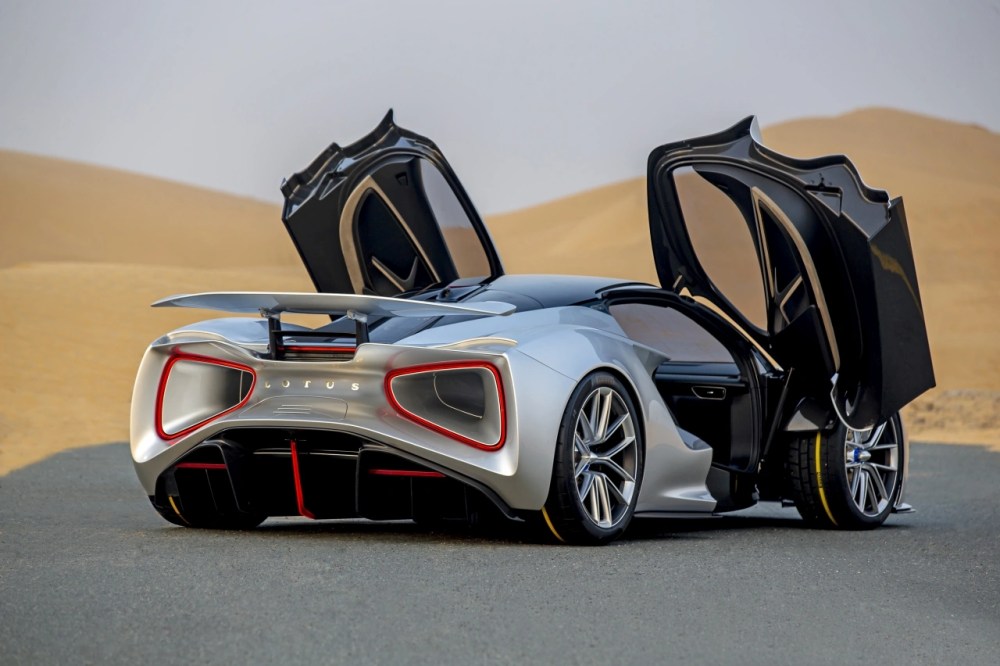 Lotus is not holding back any punches in the marketing game and has kicked off an elaborate world tour which will take the Evija around the globe. After presenting the hypercar at Monterey Car Week, US and in Japan on the eve of Lotus Day, the tour has now arrived in Dubai, UAE.

It got itself a prominent spot in the one-year-young, 5,000 sq ft-large Dubai showroom of the brand. The event also marked the car’s Middle East debut. So some of the leading names associated with Lotus were present, chief of them being Lotus CEO Phil Popham, Design Director Russell Carr, and Adamas Motors CEO Karl Hamer.

The $2.1 million hypercar will be on display at the Dubai outlet for a few days and then will move to the Abu Dhabi showroom. Private viewings have also been planned to convince serious buyers on the prospect of investing in the British hypercar which is worthy to hold the “world’s most powerful series production car” title.

After its Middle East leg, the show will move to London on July 16.