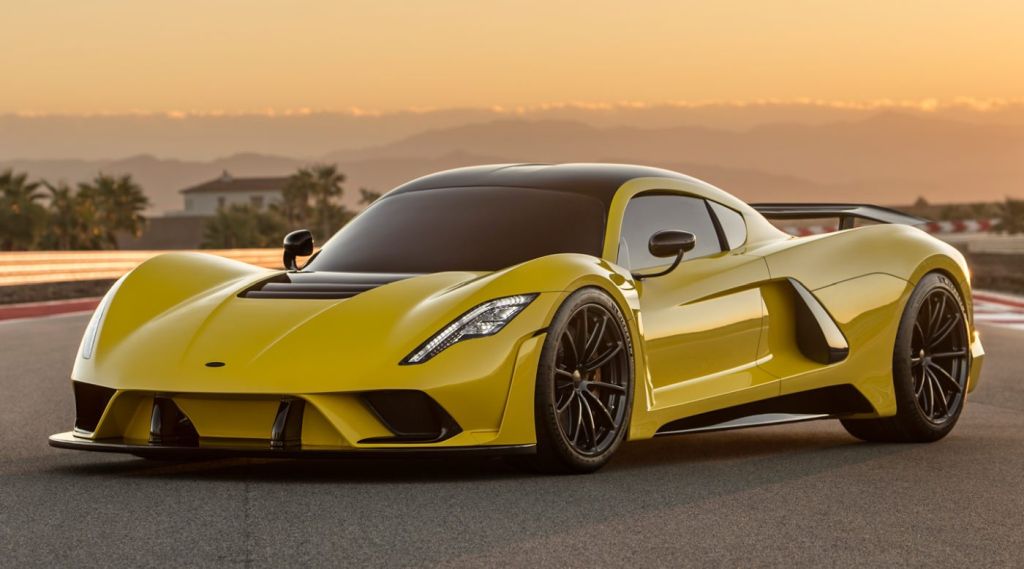 Looks like the Hennessey Venom F5 is all set to take down the Bugatti Chiron and the Koenigsegg Agera RS. The latest supercar built by the Texas-based tuning company was revealed at 2017 SEMA and on paper, it seems to have the goods to challenge the Europeans.

First of all, the Venom F5 is built by Hennessey Special Vehicles. It’s an all-new car, designed and built from the ground up, unlike the Venom GT which was loosely based on a Lotus Exige. It is claimed to have a top speed of 300 mph and is aptly named after the highest category tornadoes.

The chassis of the Venom F5 houses a twin-turbo V8 that produces 1600 hp and is mated to a 7-speed single-clutch transmission. In comparison, the Venom GT had a similar engine with 1244 hp.

The car weighs just 2950 lbs and has a low drag coefficient. The result is 0-186 mph in 10 sec! Hennessey claims that the Venom F5 will accelerate to 249 mph and back to zero in 30 sec flat. If it does achieve this, it will not only beat the Bugatti Chiron’s record of 42 sec but also be quicker than the Koenigsegg Agera RS.

Hennessey plans to build just 24 units of the Venom F5, each priced at a very reasonable $1.6 million.