Remember the Pagani Zonda Zozo? The one-off Zonda that got wrecked in 2016. Well, it’s back on the streets, almost. The car was spotted on the Amsterdam airport recently, ready to be put onto a plane for its flight back home.

The Zozo was commissioned by Yusaku Maezawa, the founder of Zozotown and soon to be the first civilian to fly beyond low earth orbit. The Italian supercar hit a Maybach 62S on the streets of Tokyo which resulted in the entire front of the car getting wrecked. We lost hope that the hypercar would get rebuilt as it vanished after the crash, not to be seen, until now that is. While it may have taken two long years, the car has thankfully returned to its original shape. The car retains the exact same visual specification as it did previously including the unique double layer wing and wheels covers. The carbon-fiber exterior of the Zozo is finished in gloss purple and the same theme has been carried over elsewhere. The clear carbon-fiber details around the car combined with the matte black wheels add a nice contrast. It also had an extra set of red taillights and rear wheel covers similar to the HP Barchetta. 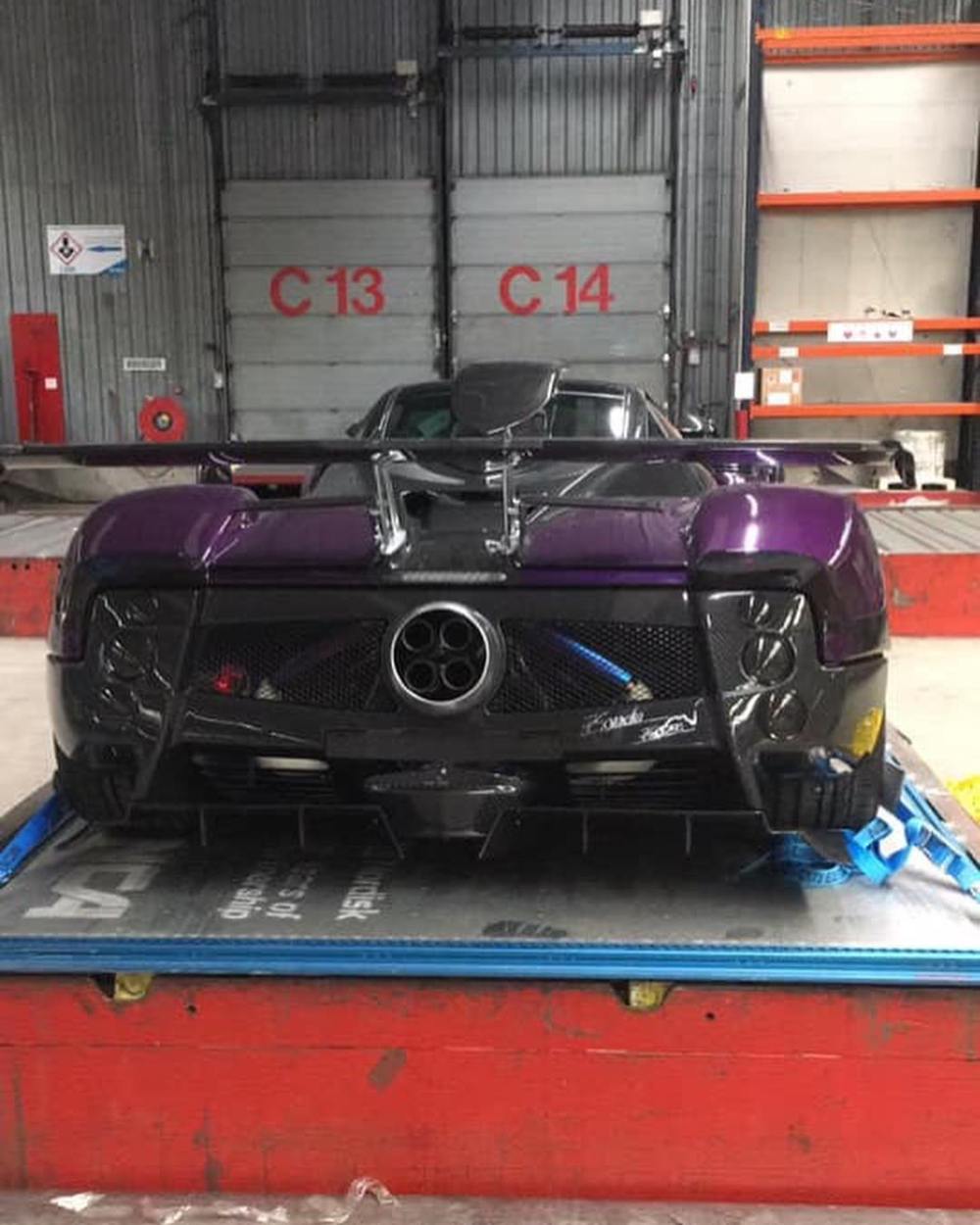 We don’t think Mr. Maezawa would have felt the absence of the Zonda since he has no dearth of limited edition hypercars in his garage to occupy himself with. The man owns one of the coolest collection of cars in Japan which includes a Bugatti Chiron, Aston Martin One-77 and even a Maybach G650 Landaulet. He also has an Aston Martin Valkyrie and the Mercedes-AMG One on order.