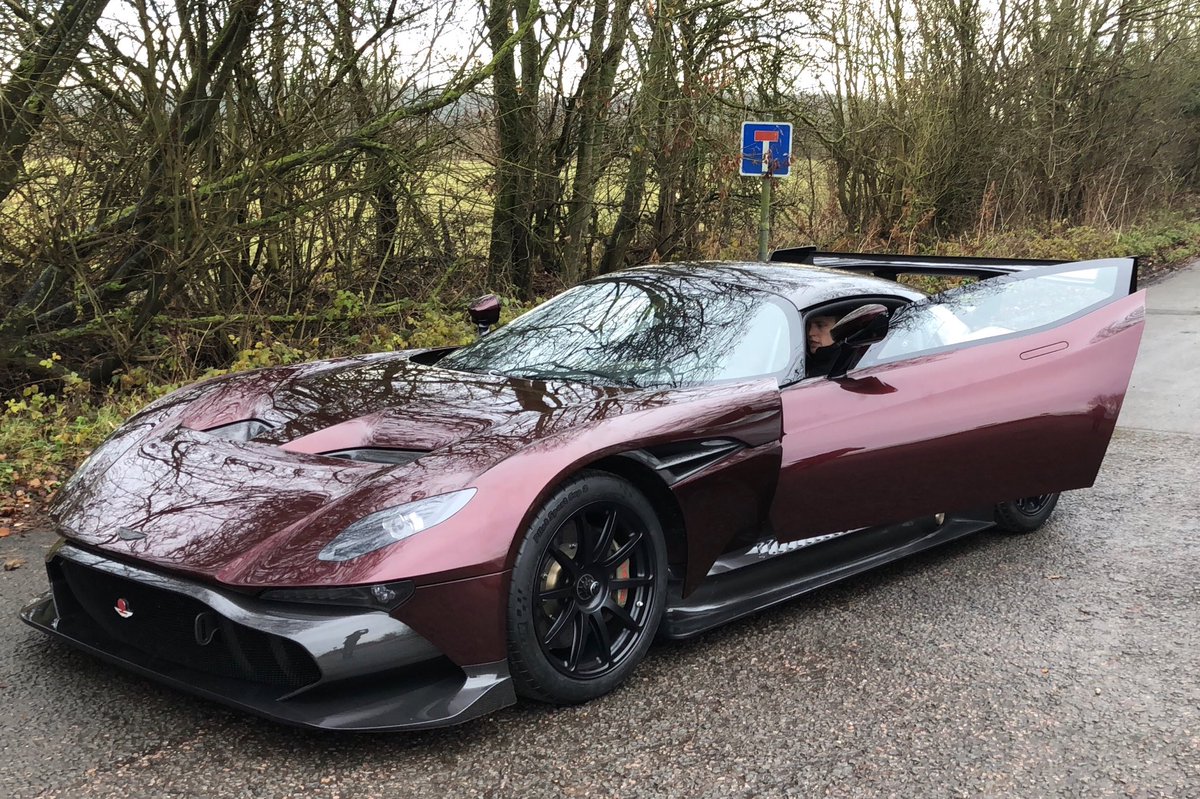 The owner of the first road-legal Aston Martin Vulcan deserves a pat on the back.

The Aston Martin Vulcan is undoubtedly one of the ultimate track toys. The supercar was never built to be driven on the road. But, soon after the 24 lucky owner took delivery, Aston said they could get their cars modified for street use. Britain’s RML Group took up the job and here’s the first ever street-legal Vulcan.

Never got full throttle once today. Don’t care. Driving world’s one and only road-legal @astonmartin Vulcan was brilliantly silly pic.twitter.com/98ip8YUzlf

First and foremost, the Vulcan gets a pair of headlights and “wingdicators” – turn signals mounted on the car’s enormous rear wing. Apart from that the bodywork hasn’t been modified, which means it still has that gaping front intake with a low slung carbon splitter and an insane diffuser at the back. The stock interior has been carried over, so basically you don’t any creature comforts whatsoever.

But, what about the 7.0-liter, naturally-aspirated V12 engine? Well, it’s the same engine that Aston Martin put in the Vulcan. So, you get all 800 hp to play with. The only other bit that RML has modified is the suspension. The street-legal Vulcan gets adjustable suspension which raises the car by 30 mm – which will come handy while negotiating a speed bump.

The base price of the Aston Martin Vulcan was $2.3 million. While the cost of the street conversion is not known, we suspect that it doesn’t come cheap.