A heavily modified Audi RS3 caught fire during a street race in Denver. While the occupants were lucky to escape the inferno, sadly, the car burnt to the ground.

The Audi RS3 was racing on an open highway, when suddenly, at around 150 mph, the engine shut off (an inbuilt safety feature). However, this meant the driver didn’t have any brakes nor could he use engine braking to slow down the car. To make matters worse, they hit a downhill gradient.

The car did have a parachute, but it couldn’t be deployed. As a last ditch effort, Kyle from 1320videos tried to slow down the car by scrapping his foot on the payment. Eventually, the car did come to a halt. But, by then, it was too late. By the time the fire department arrived, the RS3 was completely gutted.

Apparently, the cause of the fire was a melted brake line quick disconnect, which sprayed the hot brakes, igniting the fluid. 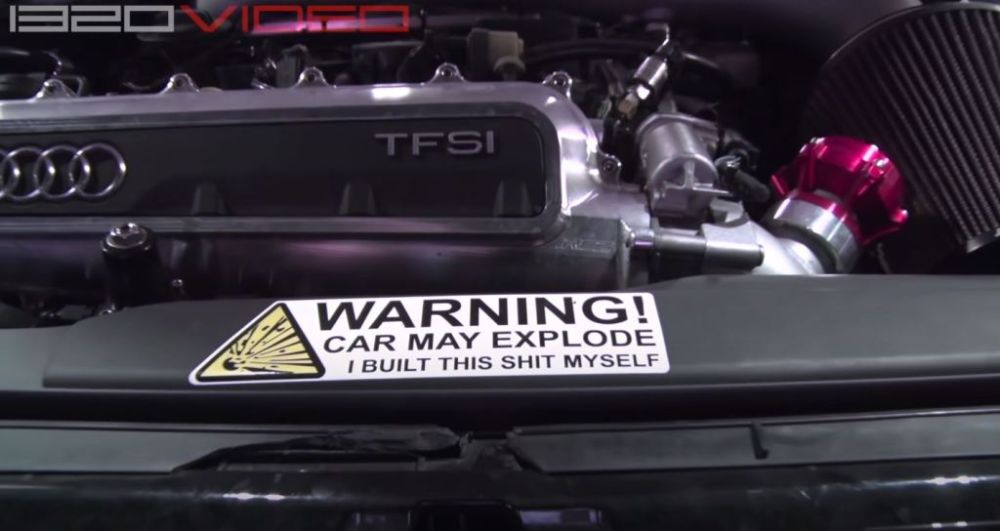 Guess, Kyle should’ve taken that engine sticker seriously before hopping into the RS3.