These used Hertz 100th Anniversary Edition Chevrolet Corvette Z06 rental cars cost a lot more than an all-new 2019 model. So it remains to be seen on how fast Hertz can unload them off the sales lots.

Back in August 2018, Hertz added 100 special Corvettes to their fleet. These Hertz 100th Anniversary Edition Chevrolet Corvette Z06 cars were issued in select locations in the US and turned out to be a smash hit for the rental services. The pricing was steep at $300 for a day and 75 miles of driving allotted to that price tag. Yet, everyone who wanted to a taste of the special edition Corvette Z06 swiped their cards for the experience. Hertz has now announced that they are now selling off these rentals cars soon.

Jalopnik made some calls, did some digging and found out that the asking price for each Hertz 100th Anniversary Edition Chevrolet Corvette Z06 is in the range of $90,000 to $100,000. We went through the price lists of the 2019 C7 Corvette and found that a new example can be had from Chevy dealers for $82,000. That’s the starting price, just to be clear. 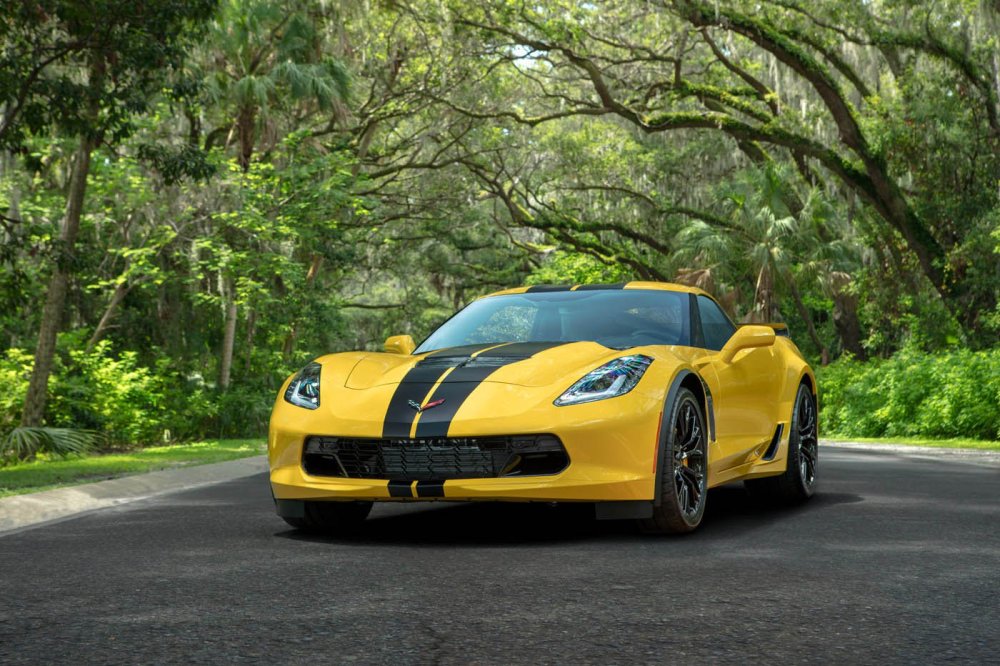 Essentially, you are paying $10-20k more for a used rental car, regardless of its “anniversary edition” status. Is that bad a thing? Not really, as we aren’t looking at Corollas or Elantras here. Hertz Corvette Z06 are usually driven with care by their customers, given the premium nature of the rentals. And most of these Corvettes have been driven in the 8,000 to 9,000 miles range. That’s not bad mileage at all when it comes to buying a pre-owned sports car.

The Anniversary Edition Corvettes is really cool to look at, with Corvette Racing Yellow exterior paint job complemented by black racing stripes and further garnished with black wheels and yellow brake calipers. In the engine bay, a supercharged 6.2-liter LT4 V8 with 650 hp of power and 650 lb-ft of torque is aided by an 8-speed automatic transmission to channel horses to the rear wheels. The interiors finished in black upholstery with yellow contrast stitching, feature a centennial plaque and commemorative badges, signifying the special edition status of the Hertz 100th Anniversary Edition Corvette Z06.

While the rental car company hasn’t announced the exact date from which the sales will commence, they have asked interested buyers to keep an eye on their website for more details and announcements. The link is right below and do let us know if you get hold of one of these Vettes.