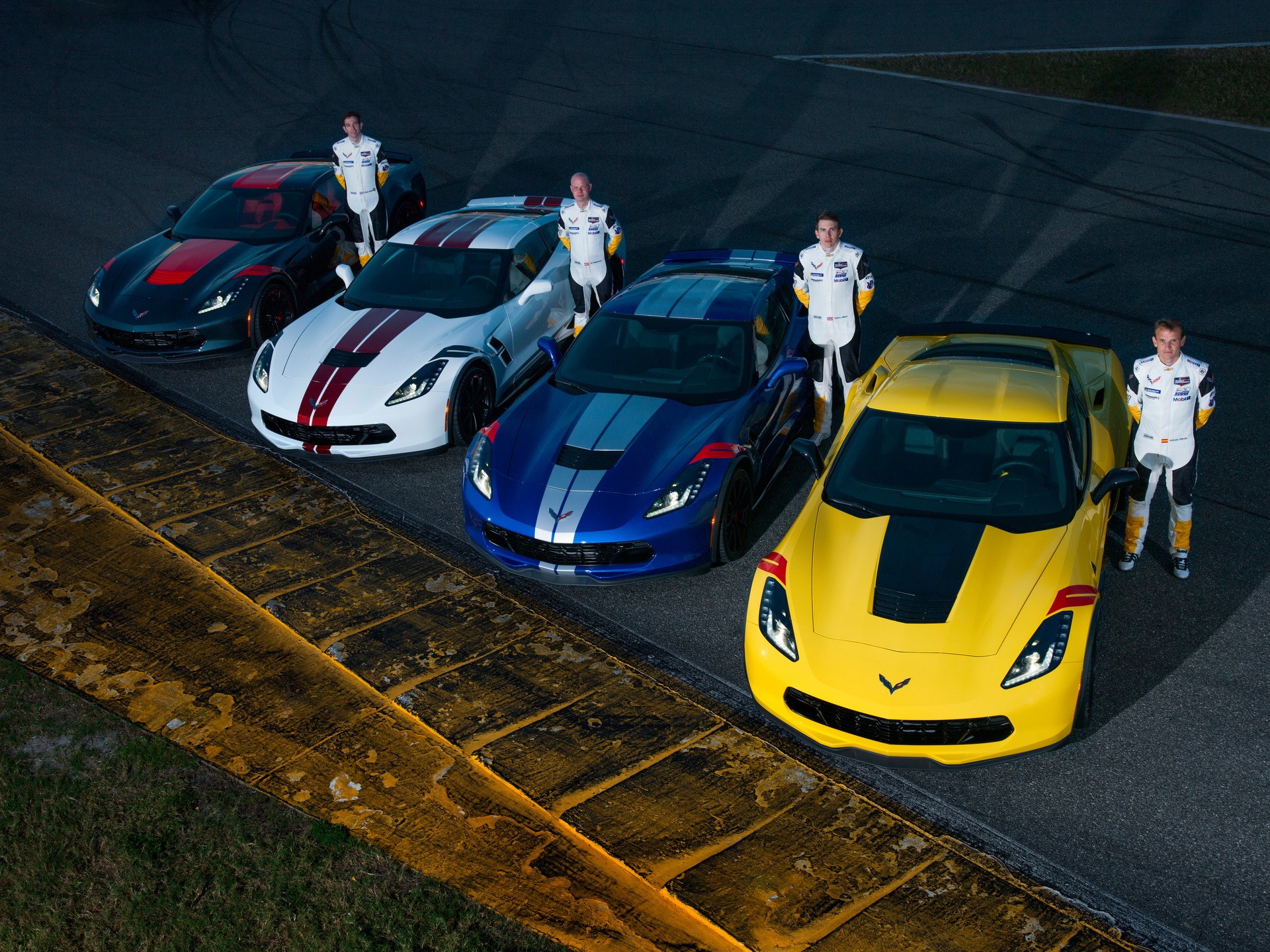 Chevrolet Corvette Grand Sport gets not one but four Drivers Series special editions. Each car has been designed with inputs from a Corvette Racing driver.

Corvette Racing drivers Tommy Milner, Oliver Gavin, Jan Magnussen, and Antonio Garcia teamed up with the design team at Chevrolet to create a range of special edition Corvettes. Titled the Corvette Grand Sport Drivers Series, each of these packages come with its own unique color scheme and graphics. They can be picked and applied on the Grand Sport 1LT, 2LT and 3LT trims while ordering.

Revealed ahead of the Rolex 24 at Daytona, 2019 Chevrolet Corvette Grand Sport Drivers Series special edition range focuses purely on visual enhancements and it’s a bit of a bummer that the manufacturer chose to keep everything else standard. In short, these Vettes won’t go any faster or quicker than the regular 2019 Corvette Grand Sport powered by the same 460 hp 6.2-liter LT1 V8 engine.

The Tommy Milner Edition: Finished in Elkhart Lake Blue, this one features silver stripes and red hash marks on the front fenders. The interior gets red seat belts which stand out in a sea of Jet Black trim.

All four cars get black wheels with red outlines, red brake calipers, a driver-specific interior plaque, and 3LT models get carbon-fiber interior trim. Customers can opt for the Corvette Grand Sport Drivers Series special editions of their choice this spring by paying a premium of $4,995 over the price tags of the 1LT and 2LT. 3LT customers will have to shell out $5,995 to get their Drivers Series cars.