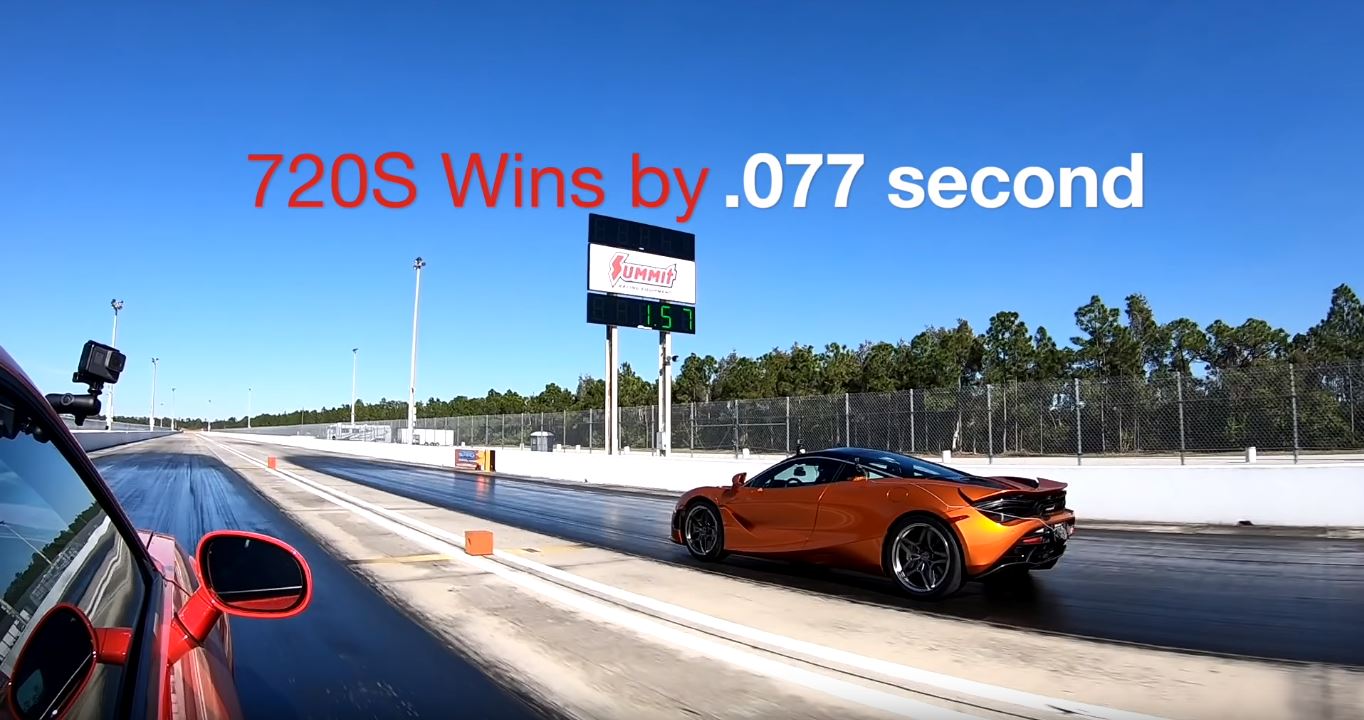 As per claims made by Dodge, the Demon is supposed to cross the 1/4 mile in 9.65 seconds whereas the McLaren 720s covers the same distance in 10.3 seconds, if McLaren is to be believed. So, if the two cars are brought together on the right day, in optimal conditions, the Demon should trump the 720S by around one second. That’s what the guys at Dragtimes set out to test and brought together a bone stock 720S and a not-so-stock Demon on a sunny afternoon at the Palm Beach International Raceway.

The results, well, were in contrast to what the two companies claim about their cars. After a first failed run for the 720S where it ran out of fuel and entered protection mode, it thrashed the Demon consistently. The British supercar managed to record a couple of 9.8 second quarter-mile runs whilst the Demon achieved it in the low 10s at best. The highest speeds for the McLaren and the Dodge were 138 mph and 134 mph respectively.

It won’t be right to accuse Dodge for making false claims about its drag focused American muscle, since the car has completed the quarter mile in sub 10 seconds on a number of occasions. But it’s not the first time that McLaren has undermined the 720S’ performance. Earlier this year, the 720 was found to be producing more power than claimed by its maker.

The 720S shows no mercy on the Demon. If you want to skip all the talk and just watch the race, then jump to 11:00 in the video.