With less than 150 cars out of the production line, Koenigsegg hasn’t built many cars in its 23 year history. Given that, it’s rare to see 5 Koenigseggs listed for sale at the same time which is the case presently. Here are the five Koenigseggs on sale around Asia, Europe and America.

‘One of 1’ Final Edition 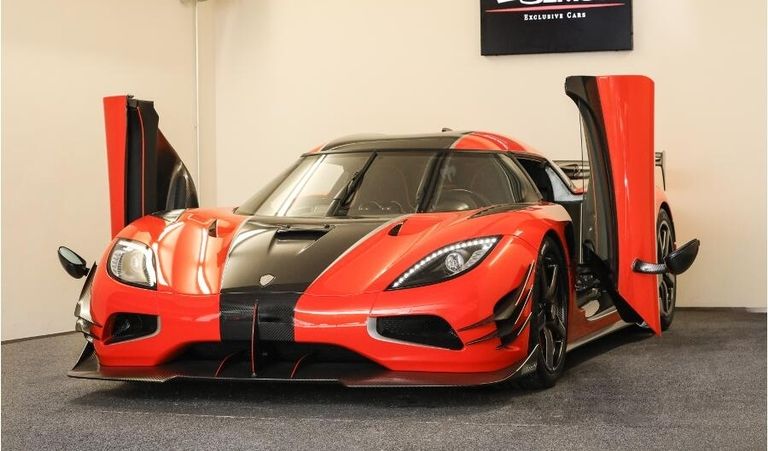 Koenigsegg released the ‘One of 1’ Final Edition Agera to commemorate the end its production. After being revealed at the 2016 Geneva Motor show, the first ‘One of 1’ (not to be confused with One:1) was instantly up for sale at Semco Cars, Germany. An year later, it seems like the car is still unsold with 50 miles on the clock.

The ‘One of 1’ series of cars utilize the twin-turbo 5.0-liter V8 from the One:1 that produces 1360 horsepower and 1011 lb-ft of torque. Combine it with the Agera chassis and Triplex suspension and what you get is an unadulterated hypercar performance.

What is exclusive to this ‘One of 1’ is a two-blade rear wing, roof-mounted air intake, unique front splitter and side skirts. Also unique to this car is a orange and black paint job. Koenigsegg has promised to never mimic this particular spec for its future models and also the still in production Agera RS – just another thing that makes this car special. Semco Cars has listed the car for $7.7 million. 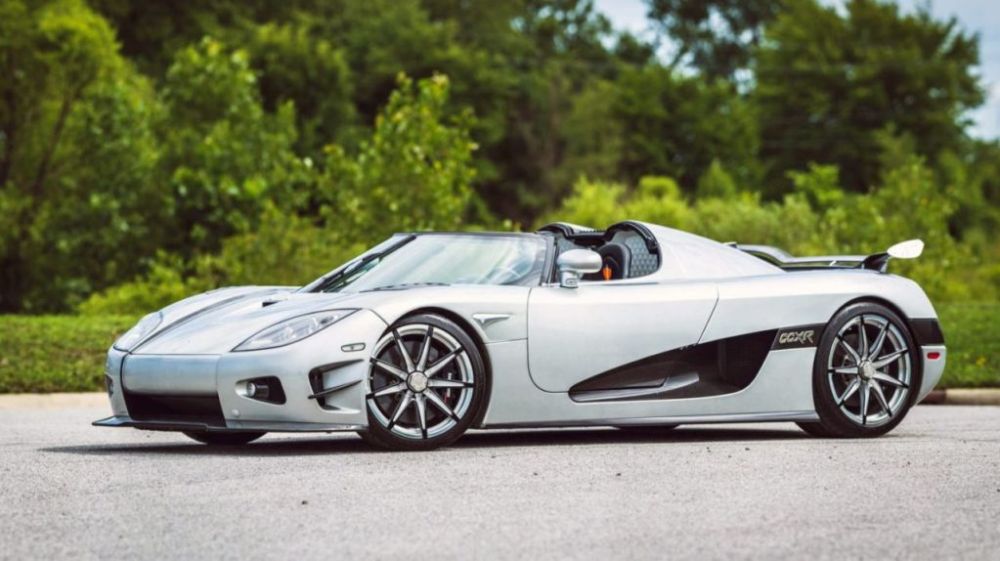 The CCXR Trevita is a rare car, even among Koenigseggs. The car was built in a limited run of just two cars – one less than the planned production of three, which led to the name Trevita. What makes the Trevita special is its carbon fiber bodywork with white diamond weave which Koenigsegg developed through a process company patented back in the day. The process of diamond weaving carbon fiber turned out to be so expensive that Koenigsegg had to stop at just two cars.

This particular Trevita, oddly chassis no. 3 was last owned by Floyd Mayweather. After being up for auction during the Monterey Car Week in August this year, the car has been listed by iLusso Motors based in Costa Mesa, California. Collectively, the owners have driven the 1018 hp V8 supercar to more than 3000 kms in the last 8 years since the car was delivered.

While iLusso hasn’t disclosed the asking price, a quick search on Wikipedia suggests the car was last sold for $4.8 million, so expect the next owner to pay a little more than that for the diamond weaved-carbon fiber supercar. 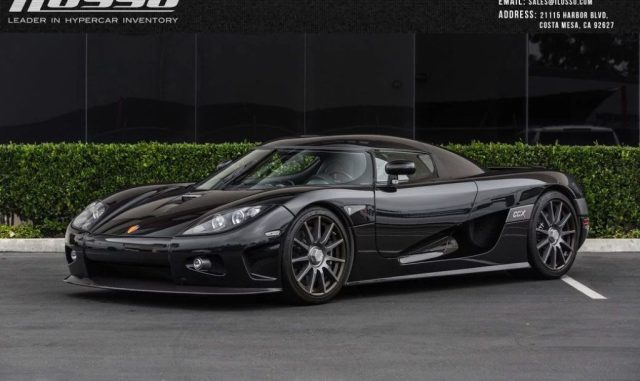 If you don’t want to spend $5 million on a diamond-weaved carbon fiber Trevita, then you can have this CCX for a lot less. Launched in 2006, the CCX was Koenigsegg’s third production car. This is one of the 29 CCXs ever produced.

While many consider the Agera as the stepping stone for Koenigsegg, it was the CCX that made the brand a globally recognized supercar maker. Many alterations were made to the design of the CCR to pass US federal regulations. The previously used Ford modular engine was replaced by a Koenigsegg engine designed to run on 91 octane fuel, readily available in the United States and to meet the Californian emission standards. The twin supercharged V8 produced 795 hp and 679 lb-ft of torque running at 91 octane.

This 2008 CCX finished in black paint and black interior has only 954 km (593 miles) on the odometer. The car comes with Koenigsegg’s signature removable targa-top and dihedral doors. A $1.2 million asking price really makes it a bargain. 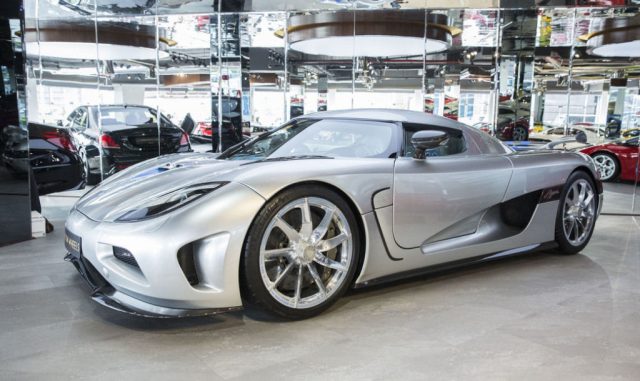 One of only seven original Ageras is up for sale. The Agera only came in a single shade of grey with blue stripes but what makes this 2012 model different are the silver wheels instead of black on the standard spec. Completed production in 2011, this car made its appearance on Top gear. Later, it was briefly registered in Kuwait and is now available with Deals on Wheels in Dubai.

While 950 hp doesn’t feel like much today, the fact that the power comes entirely out of a V8 without any hybrid assistance puts the Agera’s engine in the league of it own. The shrink-wrapped bodywork with wrap-around windscreen and dual-hump roof make the Agera one of the most unique and beautiful looking cars ever.

An asking price of $1.36 million feels relatively cheap, considering the sky-rocketing asking price for the Agera based One:1. 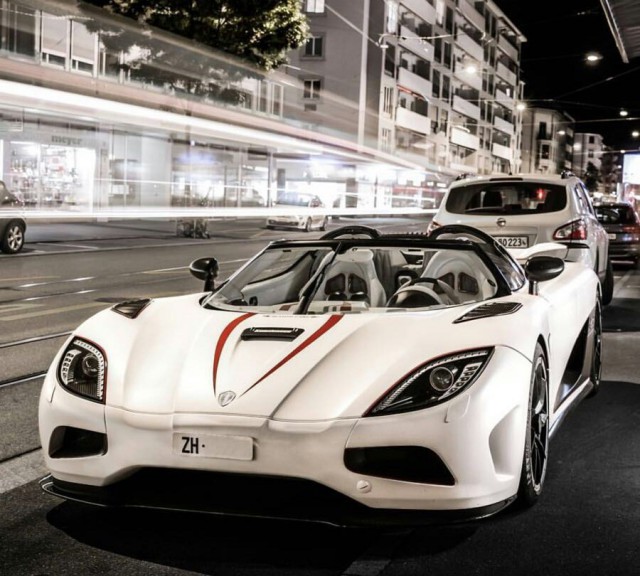 Another Koenigsegg currently for sale is this Agera R finished in gloss white with red stripes pointing towards the Koenigsegg logo. It’s similar both in spec and model year to the Agera R that Koenigsegg showcased at Geneva Motor Show 2011 which suggests it may be the same car.

For sale with Seaside cars AG in Oberglatt, Switzerland, the car has been driven for 3000 kms (1864 miles). The white striping on the wheels, white interior with red elements make this one of the best looking examples of the Agera R.

The Agera R features an upgraded twin-turbo V8 from the Agera dialed to 1140 hp – up from 950 hp of the standard car.  Upgrades also include carbon-fiber wheels, enhanced aerodynamics and the ability to run on bio-fuel.

Now is your chance to own a catalyst model, the standard record-breaker of a groundbreaking company. $1.85 million is all you need.