Silver is one of the most common colors you will find on a car. However, painting $3.6 million Lamborghini Sian in silver is unlikely to make it blend in.

We’re sure that the owner of this Lamborghini Sian has no intentions of keeping it discreet. In fact, we quite like this spec. The exposed carbon goes really well with the silver. The red accents add a bit of spice as well. 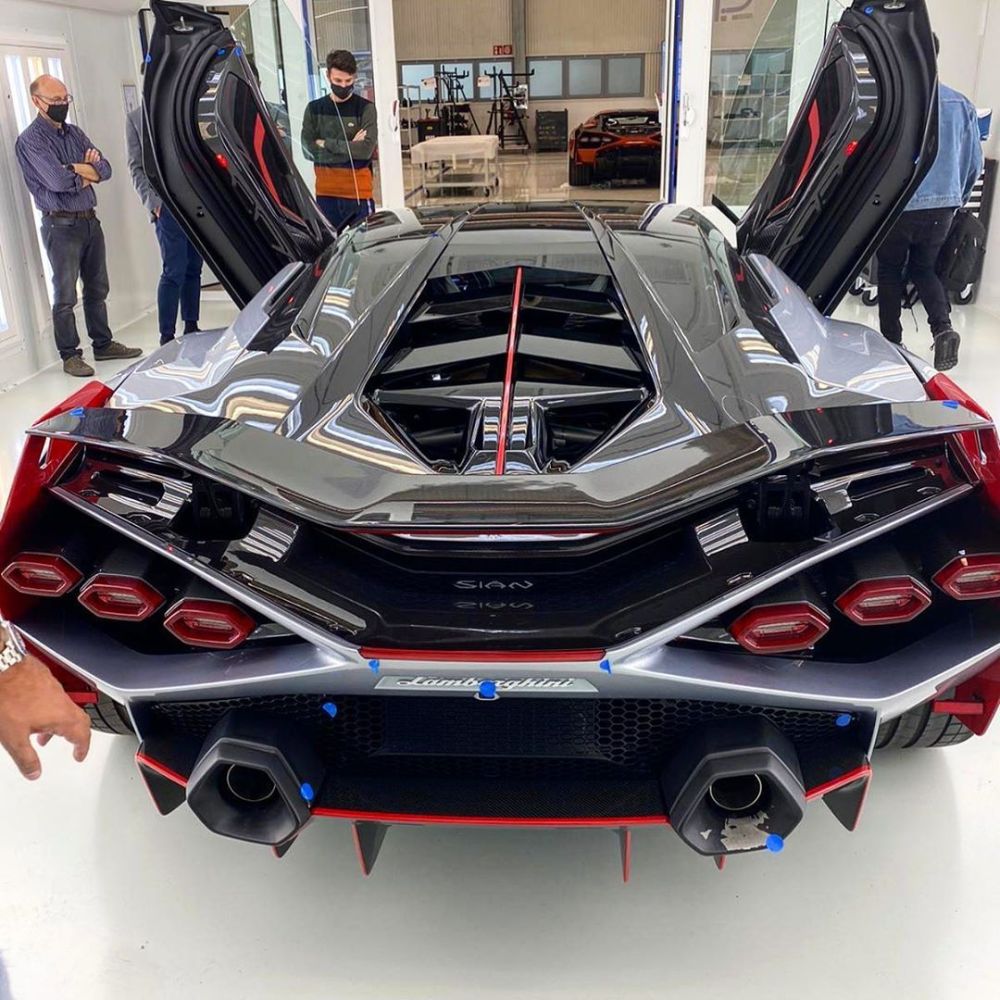 The most interesting bit in the Sian is its lithium-ion supercapacitor. It is used in place of a standard lithium-ion battery. It is said to be 3-times more powerful than a conventional battery but has the same weight. The supercapacitor is recharged during braking, like any other re-generative braking setup.

The Sian comes with a 7-speed transmission and a Haldex all-wheel drive system. It is claimed to accelerate from 0-60 mph in 2.8 seconds and has a top speed of 217 mph.

Lamborghini is also building a Roadster version. Only 19 units will be built. Here’s a blue Sian Roadster that was spotted in Italy.