Yes you read that right. The mighty supercar from Lexus, with its high-revving, sweet sounding V10, that was launched in 2010 has still seven steps to go before it’s sold out. The news comes following the release of Toyota’s year-end sales chart. As it turns out, Lexus sold two LFAs in 2018, and three in 2017. Earlier that year, the company confirmed that dealerships in the US had 12 LFAs in stock. With the newly released info, that figure comes down to seven. In case you don’t remember, Lexus built around 500 examples of the LFA until 2012, however its replacement hasn’t been ruled out.

While the prevailing theory is that the LFA got lost in the sea of supercars from more popular supercar brands like Ferrari, McLaren and Lamborghini, it is also possible that dealerships have been hanging onto the car for investment purposes. The LFA had a price tag of $450,000 when new. While some dealerships would currently trade you an LFA for $350,000, many have listed the supercar for well over $500,000. The LFA was well received by critics and customers alike, so much so that it was, and still is, hailed as one of the best supercars ever produced. 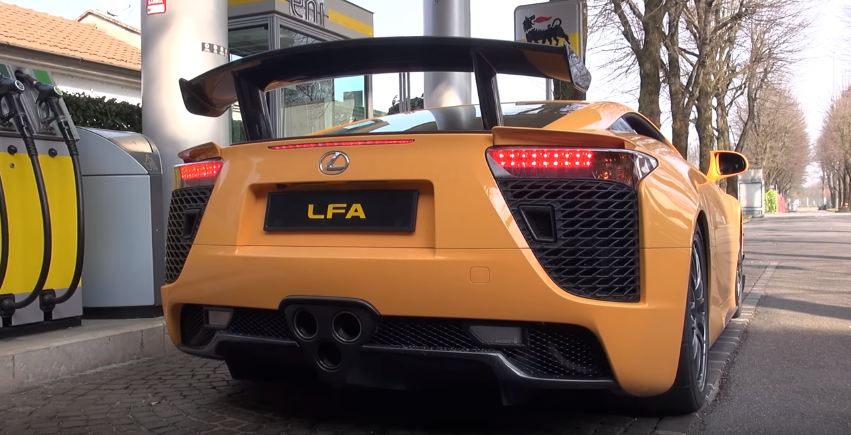 The car features a 4.8-liter naturally-aspirated V10 that delivers 552 hp and 354 lb-ft (480 Nm) of torque. The unit was so rev happy that an analogue counter couldn’t keep up and Lexus had to come up with a digital one. The V10 is also infamous for delivering a mighty growl.

So yes, you can buy an all-new Lexus LFA at a US dealership in 2019, but don’t expect the purchase to be an all out bargain.