Production of the Bugatti Chiron kicked off in 2016. Now, almost 3 years later, the 200th car has rolled off the atelier in Molsheim, France.

The 200th Chiron has been completed at a time when Bugatti is celebrating its 110th anniversary. It’s called the Chiron Sport “110 ans” and it’s the same car that was showcased at the 2019 Geneva Motor Show.

The racing edge is closer than you think. Expertly handcrafted, the body of the BUGATTI Chiron Sport “110 Ans” is composed of exposed carbon fibre. #BUGATTI #BUGATTIChiron #Chiron #110ans #BUGATTI110Ans

The Chiron Sport “110 ans” features an exposed carbon fibre body finished in matte blue. The colors of the French flag are painted under the rear spoiler and on the door mirrors, while the aluminium filler caps have “110 ans Bugatti” logos. The carbon fiber diffuser and bumper are finished in gloss Steel Blue, while the ‘EB’ logo is painted in matte black. The wheels and exhaust tips are finished in black and the brake calipers are painted in blue. 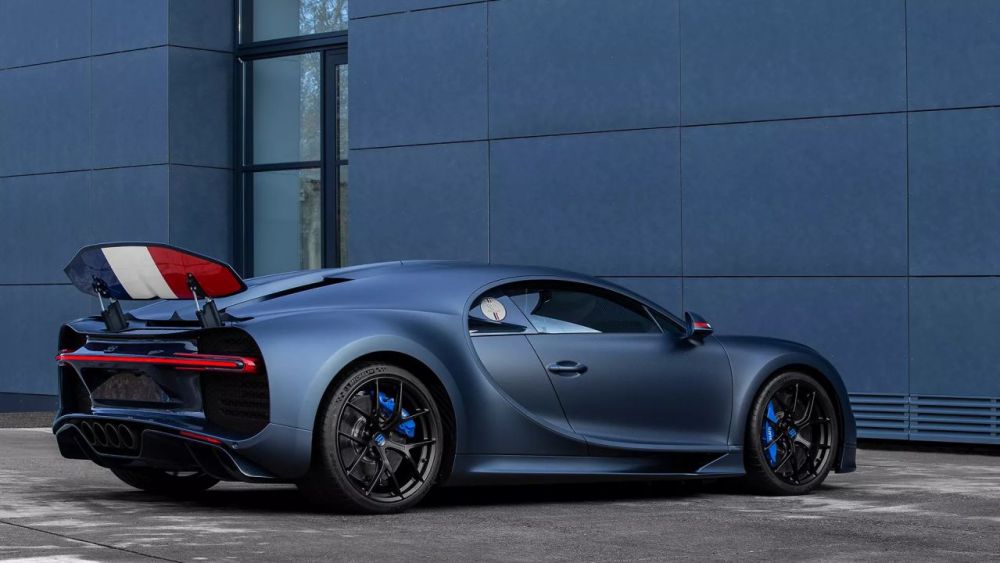 The interior of car is finished in a dual-tone of Deep Blue and Bright French Racing Blue upholstery with “110 ans Bugatti” patches sewn in the seat headrests.

The Chiron Sport is a slightly tweaked version of the standard car. It is powered by the same quad-turbo W16 engine that churns out 1478 hp and 1180 lb-ft of torque but weighs 18 kg less. It has also gets revised suspension and aero as well as torque vectoring for improved track performance.