The rendering created by Motor1 gives us an idea of how the Tesla Cybertruck could look like once it reaches production.

All of us are still trying to process the Tesla Cybertruck’s design and styling. It looks straight out of a 1980s sci-fi movie or a video game from decades ago. Anyway, it did get 200,000 pre-orders which may or may not be because of the fact that it only takes a refundable $100 to book one.

The electric truck is still in development and production is expected to start in 2021. While we may get to see test mules, spy shots, and even more images released by Elon Musk himself, Motor1 decided to go ahead and create a rendering of how the concept can be transformed into a production model. The rendering artist put some serious thought into making the Cybertruck a bit more practical in terms of its exterior design and features. Let’s do a breakdown of the elements which have been added or removed from the original design.

First up, there is a “look at me!” shade of orange taking over the body panels. That in itself has done a lot to make the Cybertruck break away from its gaming universe appearance. 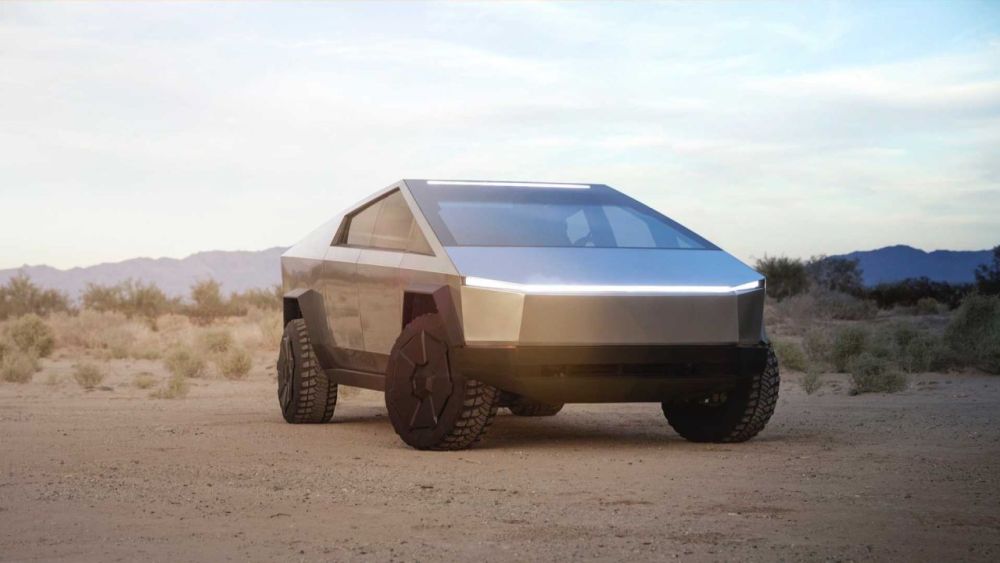 All those sharp edges on the Tesla Cybertruck have been rounded off too, for the sake of the pedestrians who could get seriously hurt in the event of an accident. While Tesla has claimed that it’s not possible to beat the steel exoskeleton to curved shapes, it’s sort of a contradictory statement as the same material is used to wrap the SpaceX Starship Mk1. And the carmaker could face serious obstacles to get the truck approved for road use with the current design. So the rounded edges will eventually find their way to the final product.

The rendering then goes on to add some really sensible features which were missing from the concept vehicle. Front windshield wipers and rearview wing mirrors were absent in the original form. Those two have been neatly integrated into the Motor1 rendering. To maintain the lines and design language of the Cybertruck, wing mirrors had to be designed without sticking out like a sore thumb. The rendering envisions small cameras taking over that role. 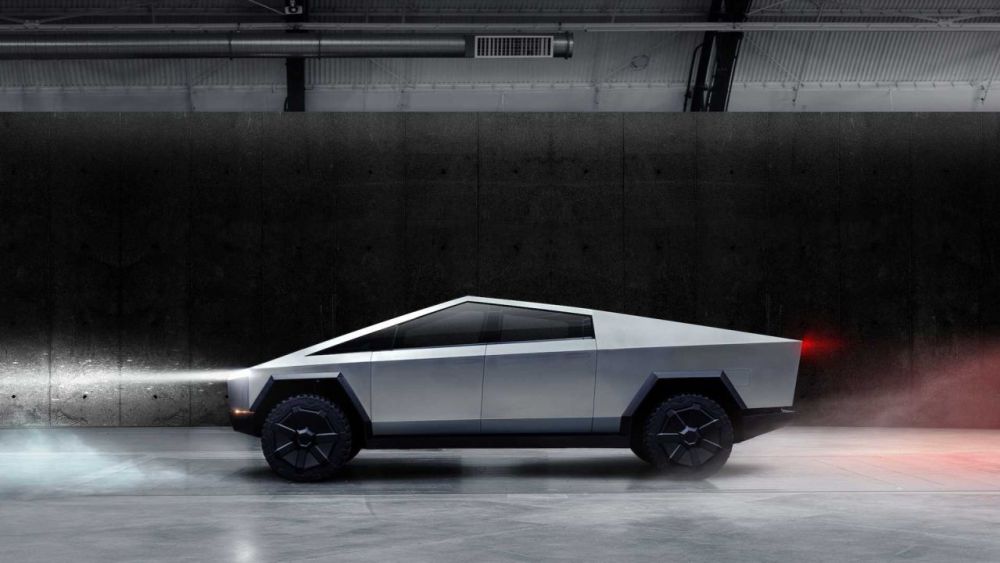 Another noteworthy addition is a pair of proper headlights. The concept had a thin light strip running across the front of the truck. The rendering has a minimal yet larger pair that will serve the purpose of illuminating the path ahead.

As a final tweak, the tires have been switched from the massive ones with that aggressive tread to more familiar road-legal versions. Anyway, even if the production model rolls out of the showroom with tamer rubber, it won’t take long for the owners to swap them out for tires which can dig deep into the mud.