McLaren has teased their new Super Series model yet again. This time, the image shows the Folding Driver Display on the McLaren 720S.

The 650S replacement will be unveiled at the 2017 Geneva Motor Show soon. The second generation of the Super Series will have a unique digital instrument cluster that can fold away. While it may sound exciting, it has been given a rather undramatic name. McLaren simply call it ‘Folding Driver Display’. 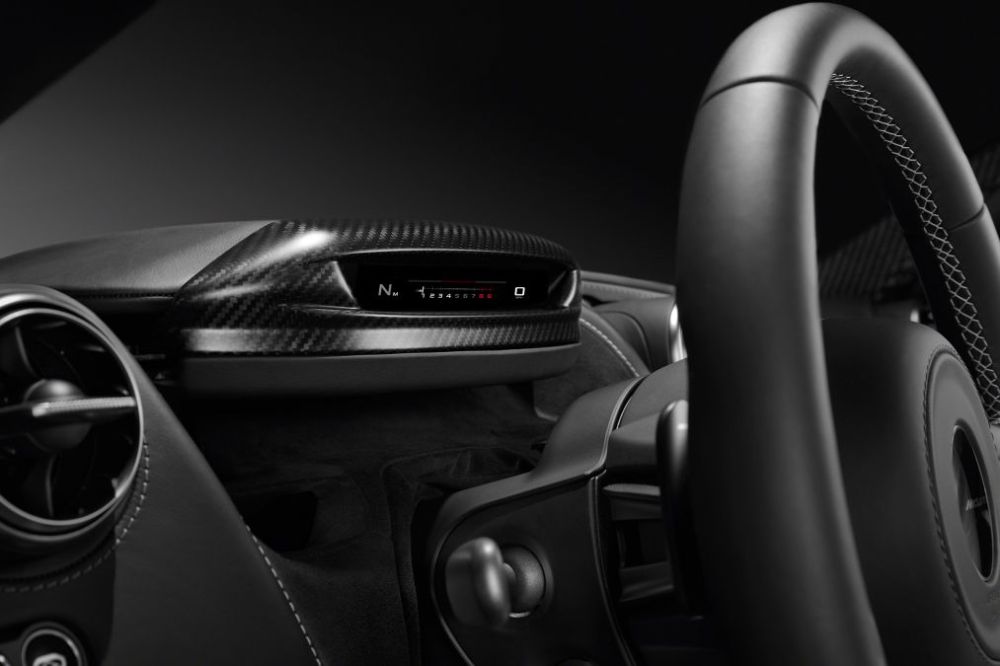 So, in ‘Full Display Mode’ the screen stays upright in the driver’s field of view and shows all the normal gauges as one might expect. In ‘Slim Display Mode’ however, the screen swivels and folds away to reveal a “slim display” with minimal information.

It does sound like a gimmick to me. What are you thoughts on McLaren’s Folding Driver Display’? Let us know in the comments section below.

Meanwhile previously, McLaren released vital performance stats about the upcoming McLaren 720S. You can read about it by clicking on the links.