The most powerful Subaru ever, is in town!

The US market gets its first S-series Subie with the debut of the Subaru WRX STI S209 at the 2019 Detroit Auto Show. Only 200 will be sold in the US. So… run!

Fans of Subaru can now be seen powersliding their way into the dealership nearby as the first S-series vehicle has made its smashing debut at the 2019 Detroit Auto Show. The Subaru WRX STI S209 was teased a few days before the launch in another dimly-lit image. Now it can be seen in the brightly-lit pavilion at North American International Auto Show, with a 22b, a 2004 WRX STI, and the company’s latest rally car giving it company.

341 hp of power is being thrown out by the EJ25 2.5-liter turbocharged four-cylinder engine of the WRX STI S209, making it the most powerful Subie ever to make it to the US. An HKS turbo which delivers higher boost, thanks to the larger turbine and compressor deserves due credit here. Also working hard underneath that hood is a powerplant with a lot of new components and some serious reworking.

The engine now features new pistons, headers, connecting rods and a superior intake system with revised ducting. High-flow fuel pump and larger injectors cater to the higher fuel needs of the more powerful Subaru WRX STI S209. There is also an intercooler water spray system which can be controlled from the steering wheel. A 6-speed manual transmission directs power to all four wheels.

The WRX STI S209 will be marketed as an STI (Subaru Technica International) product in the US than as a Subaru. 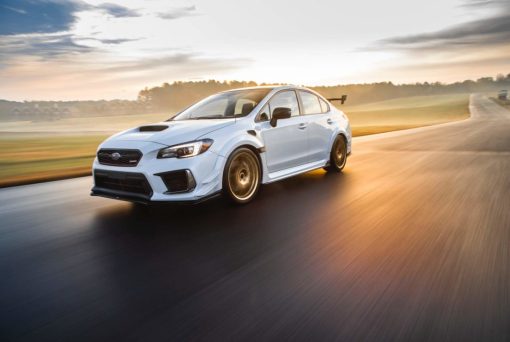 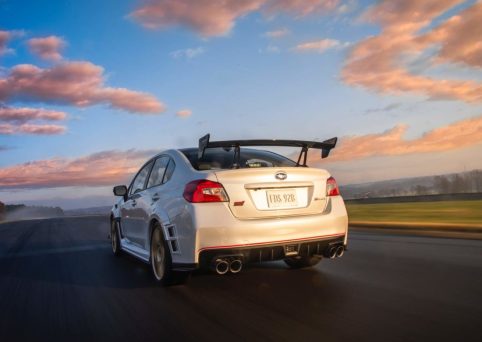 Coming to the appearance, the car with it radical body kit stands on 19-inch BBS forged wheels shod with 265/35 Dunlop GT600A summer-only tires. The track is wider than the standard WRX STI and the larger fenders lend it a more menacing look. The aggressive body kit makes matters easier when it comes to intimidating sports cars on a Sunday morning. And having a massive carbon-fiber wing at the back adds to the panache.

The Subaru WRX STI S209 will reach showrooms later this year. You can pick one up in either Rally Blue with silver wheels or white with gold wheels. But with only 200 units being allotted for the US market, you really got to rush if you want the hardcore sports sedan parked in the driveway. Price will be announced much closer to the actual launch date.