This year, Bugatti arrived at Pebble Beach with all six Legend Edition Veyron models. These were built to honor the most notable people in the company’s history.

This will be the first time that all six Les Légendes de Bugatti editions will be put on display. The sixth and final model, the Veyron Ettore Bugatti will also be showcased to the American public. The combined value of the cars is €13.18 million.

All six Legend Edition Veyrons are based on the Grand Sport Vitesse, the first of which was introduced in 2013. According to Wolfgang Durheimer, President of Bugatti Automobiles, the legends edition Veyrons have been a great success with customers for their exclusive design and luxury and technical excellence.

The first Legends model Veyron Jean-Pierre Wimille was unveiled in California last year. The Meo Costantini debuted at the Frankfurt auto show, whiile the Rembrandt Bugatti was showcased at Geneva. The Veyron Black Bess was the star attraction of Auto China in Peking.

Bugatti built 3 examples of each of the six Legend Edition Veyrons and all 18 of them are sold out. Earlier this year, Bugatti had organized an exclusive track day for Veyron owners. Checkout the photo gallery from that event here. 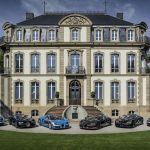 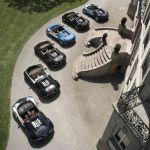 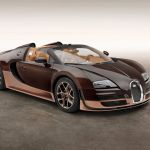 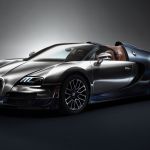 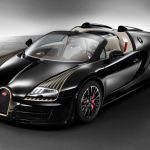 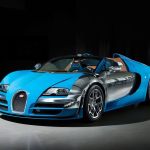 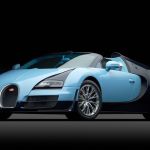 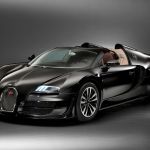