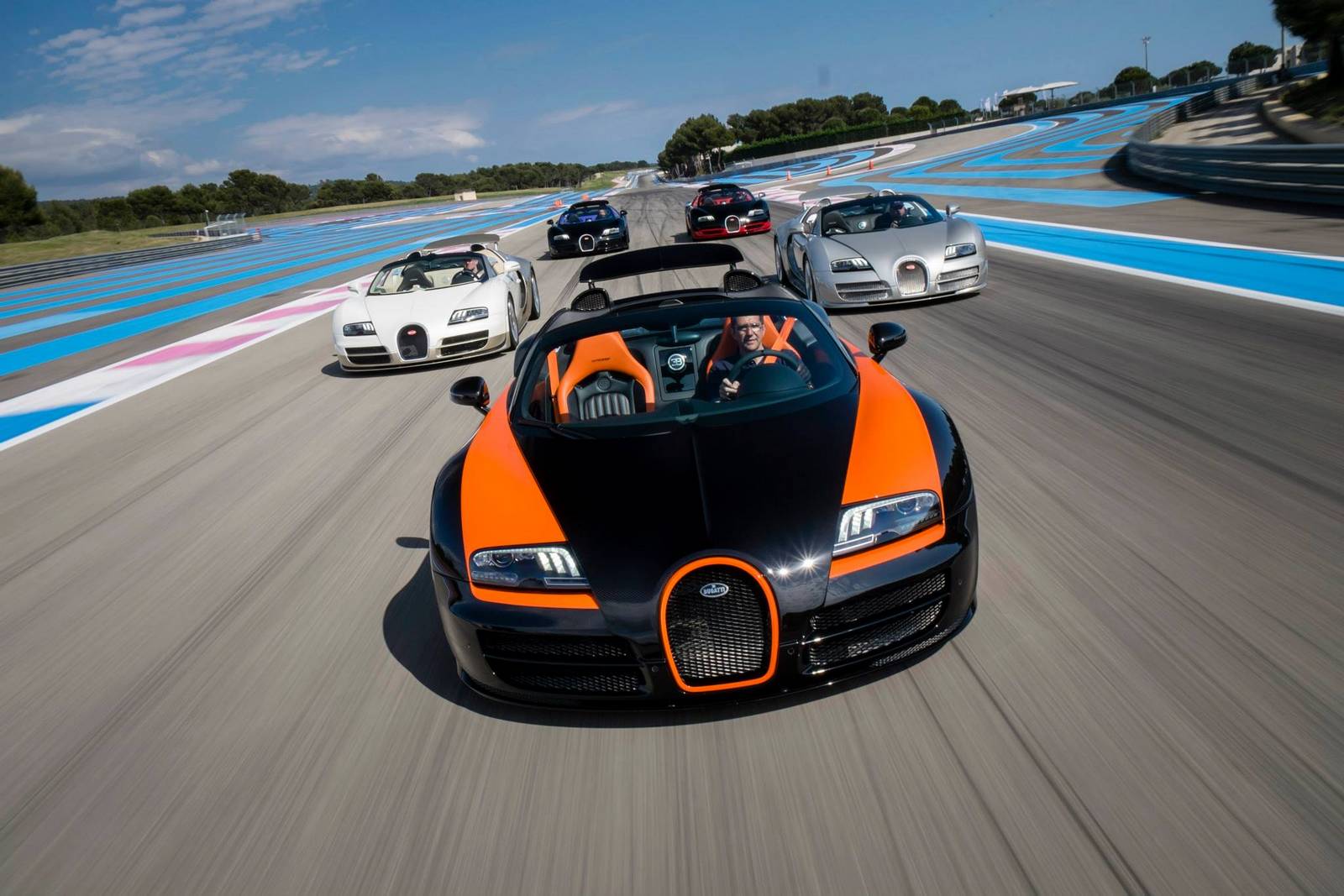 Bugatti held an exclusive track day at the famous Paul Ricard race circuit in France recently. The Bugatti Driving Experience is an annual event organized by the French supercar maker and entry of course is highly exclusive.

This year’s event offered prospective customers a taste of Bugatti’s most fastest supercars one of which was the Vitesse World Record Edition. This is the same car that set the new world production car speed record at Ehra-Lessein. The Bugatti Veyron Vitesse clocked a top speed of 258 mph beating its previous record of 253 mph. At present, the Veyron Super Sport is the fastest of the lot and can do 267 mph.

Now, Bugatti also had the more luxurious Grand Sport Vitesse for customers to try out. This is the open-top version of the Veyron which can do insane speeds even with the roof off. The venue chosen for the event is also in one way special. The Paul Ricard Circuit is a test bed for most racing GT cars and Formula 1 cars. The track is designed with wide run-off areas for safety and features corners that test the limits of the cars. Once a year, the FIA GT series visits Paul Ricard as part of the FIA World Endurance Championship.