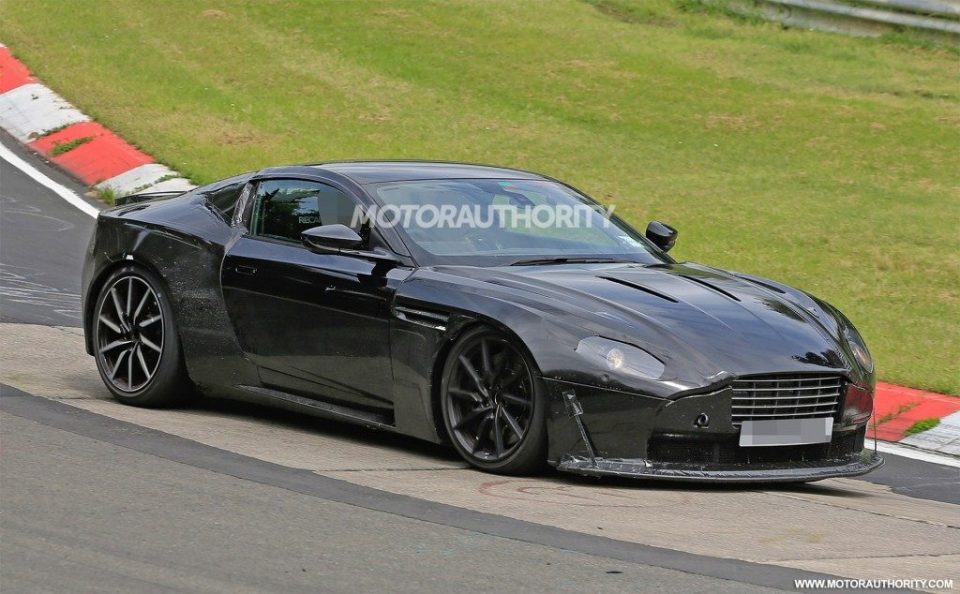 The 2018 Aston Martin V8 Vantage is been put through the paces at the Nurburgring. A prototype of the turbocharged V8 Aston Martin was caught on tape by Autoevolution. Do checkout the video below.

The next-generation 2018 Aston Martin Vantage has just been spotted at the Nurburgring. There’s no official word about it yet, however we have a few details that you might be interested in.

The 2018 Aston Martin Vantage will be clearly differentiated from the DB11 and the upcoming Vanquish. It will have a shorter wheelbase like the current model and a brand-new V8 under the bonnet. 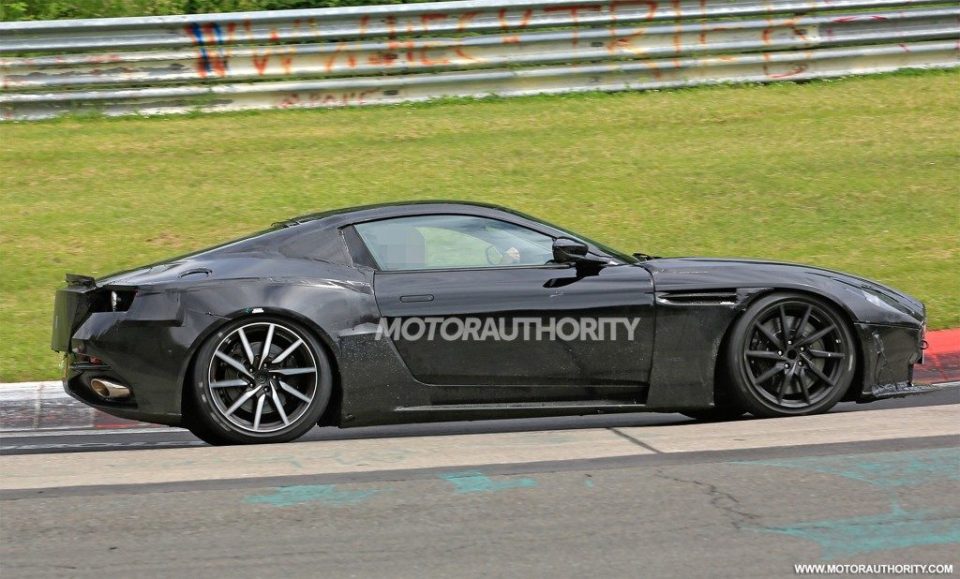 The engine will most probably come from the Mercedes-AMG GT in the form of the 4.0-liter bi-turbo V8. That said, we can expect Aston engineers to make minor tweaks to the powertrain to suit the Vantage. The exhaust note of the old naturally-aspirated V8 will be sorely missed, but like with the DB11’s twin-turbo V12 sound, we might be in for a surprise.

Built around a lightweight bonded aluminum spaceframe, the new chassis will sit lower to the ground and offers improved rigidity. Expect it to be a tad bit sportier as well, since Aston Martin boss once described it as being the option for track enthusiasts. 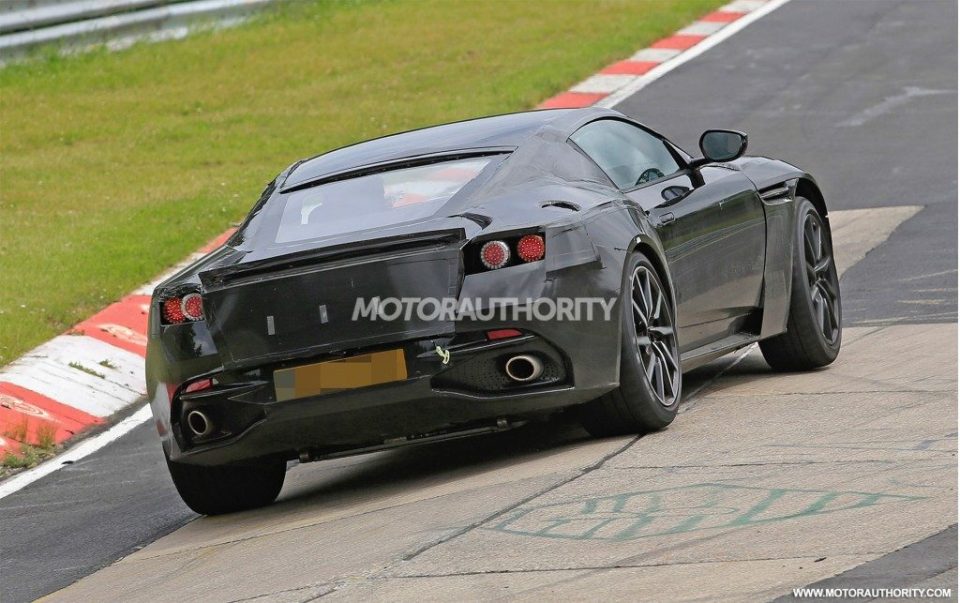 Moreover, the new Vantage would strictly be a two-seater sports car with the engine up front and rear-wheel drive. The 8-speed ZF automatic gearbox should have crucial role to play as well.

The 2018 car could borrow styling cues from James Bond’s DB10 from Spectre. That said, the prototype seen here does employ a much aggressive front splitter, a wide grille and additional nostrils on the bonnet. The interior would probably be a toned down version of the DB11’s cabin- although, that’s just a speculation. 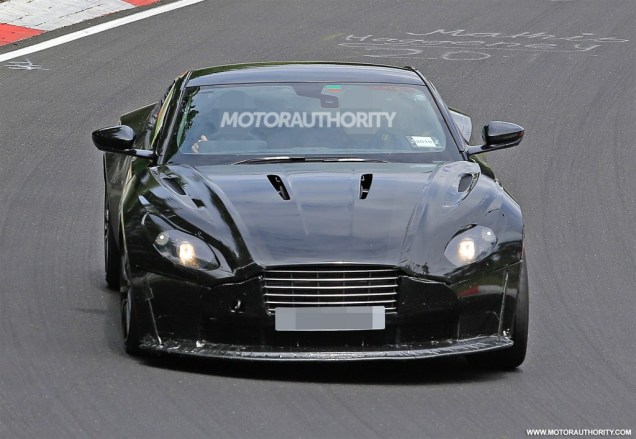 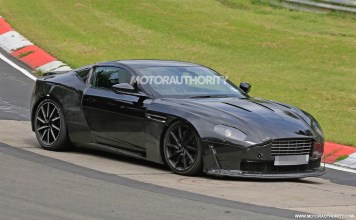 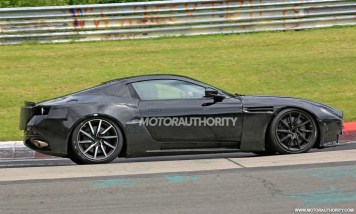 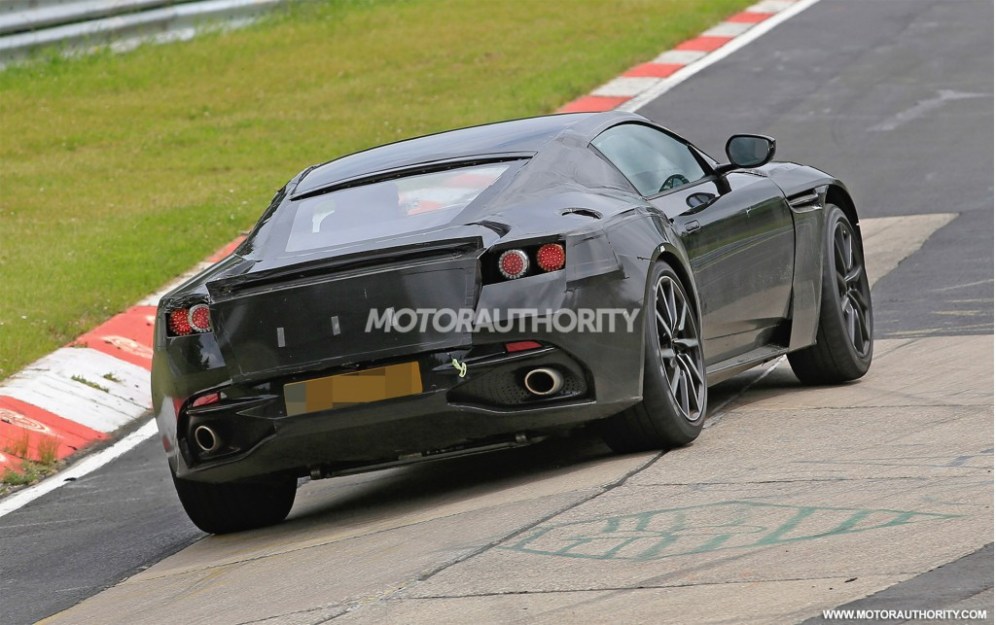