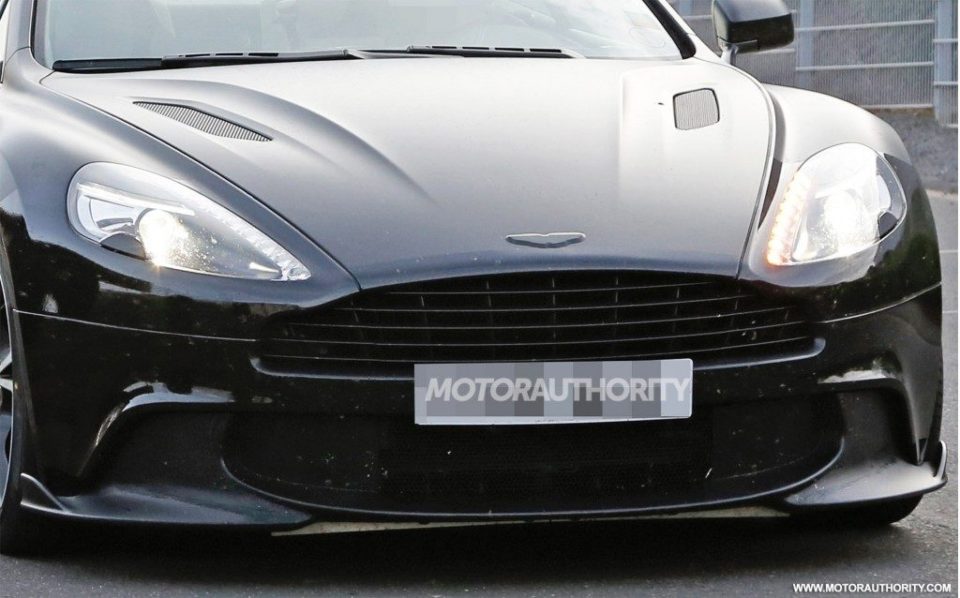 Aston Martin is adding a more sportier model to its Vanquish line up. It is the Vanquish S Volante which is expected to arrive later next year. Meanwhile, Aston Martin has its prototypes out on the road already.

The new Vanquish S model will be the last of the current generation Vanquish range as a successor is scheduled to debut in about 2 years time. This sportier grand tourer will feature updated styling with few racy bits. Like the Vanquish S coupe, the convertible will also get a revised front end and quad-tail pipes at the rear.

That said, it will be the last naturally aspirated V12 Aston before the new twin-turbo V12 takes over. Expect to see a tweaked version of the 5.9-liter V12 that is currently offered on the standard Vanquish. Moreover, a revised suspension tune should make the Vanquish S a joy to drive.