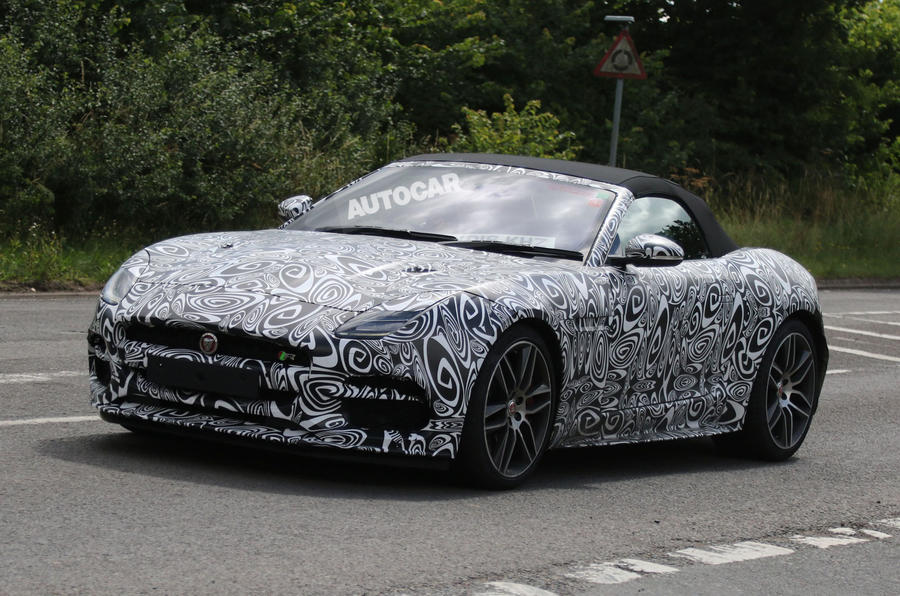 The Jaguar F-Type is due for a mid-life update next year. An early prototype of a Jaguar F-Type R facelift was spotted with new bumper design and revised headlights recently.

This convertible version was spotted near Jaguar’s HQ in Coventry, UK. Earlier, a test mule of an F-Type S coupe was spotted at the Nurburgring sporting similar upgrades. 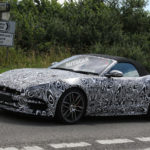 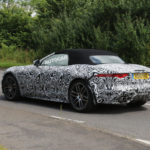 Designers have given the F-Type R a new set of headlights. The familiar L-shaped day-time running lights can be clearly seen in these images. Expect to see more LED treatment.

The front bumper has been completely reworked on the new model. The vertical slats on the ends are now more rounded. The extra slats could be there to channel air to the cooling system and the brakes. The new InControl Touch Pro infotainment system will also make its debut on the Jag. This is the same optional system available on the F-Pace crossover. The unit uses a quad-core processor and has 60GB of internal storage. It also supports Apple CarPlay and Android Auto which makes it more user friendly over the old system.

This being the ‘R’ version, it packs a 5.0-liter supercharged V8. That said, Jaguar plans to launch a new entry-level F-Type with 2.0-liter 4-cylinder engine too. 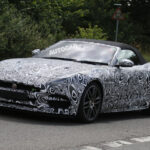 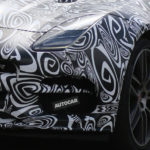 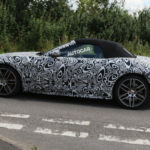