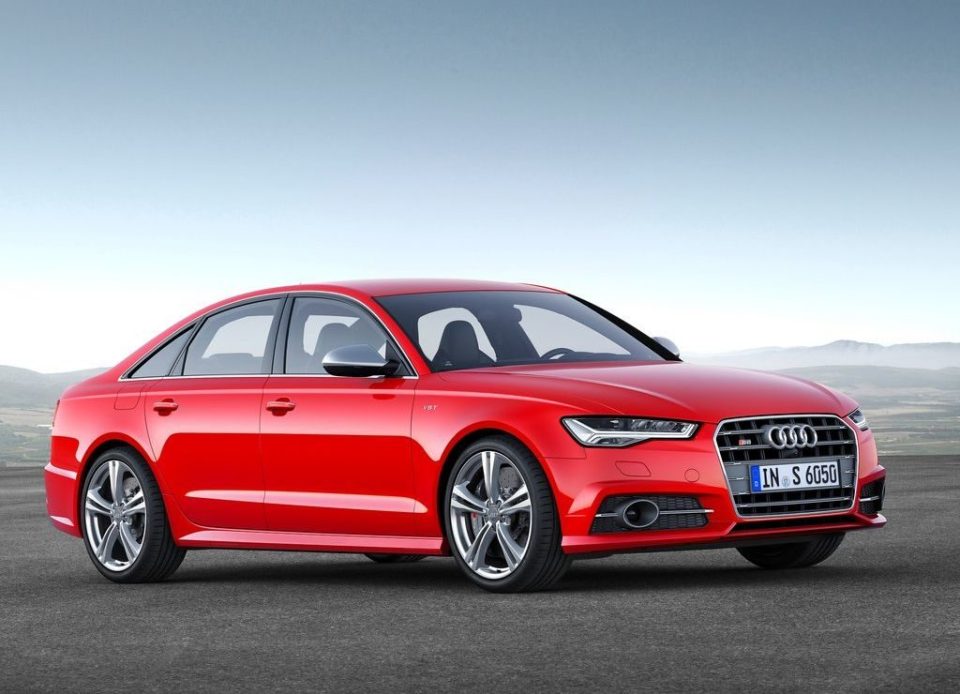 Audi produce a wide range of cars, but in particularly a great performance sedan. The fourth-generation Audi S6 Sedan was released in 2012.

If we start at the front, you’ll notice a dark grey horizontal grille. This stunning grille features the Audi logo and a small S6 badge along side it. The hood has been fantastically designed with two large accents down either side. At the rear, the S6 features a small lip spoiler and a bold set of quad-exhausts. From the exterior, the Audi S6 looks classy, whilst looking sporty. 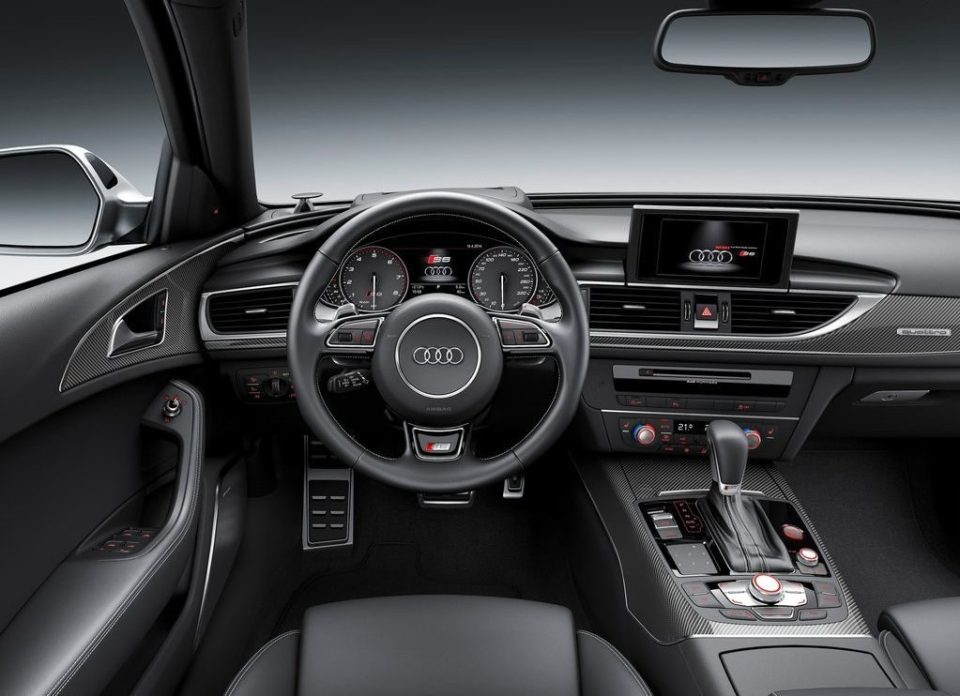 The Audi S6 interior is very luxurious, as you’d expect from this German manufacturer. From diamond-stitched seats to a large infotainment screen, Audi have made this interior better than ever before. The dashboard features two aggressive looking dials with a black and red theme. This colour theme is followed throughout the vehicle with the controls lighting red when dark. I personally really like the S6 interior as I think it is excellently suited to the performance class. 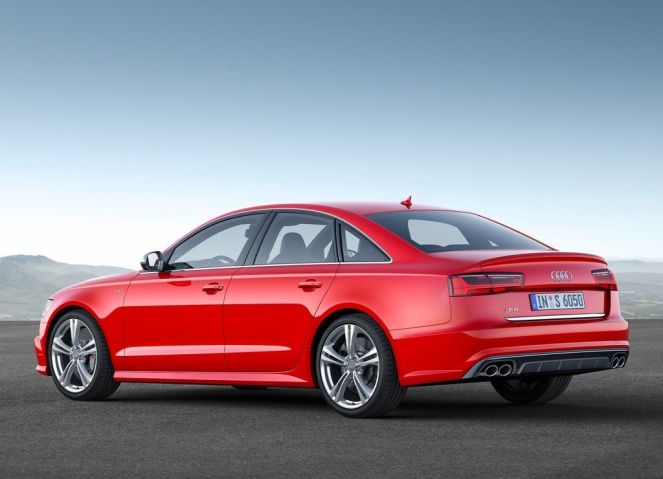 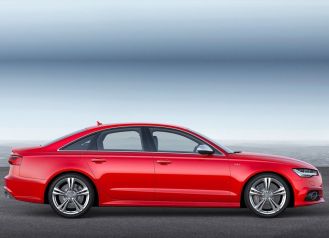 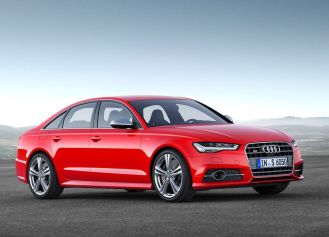 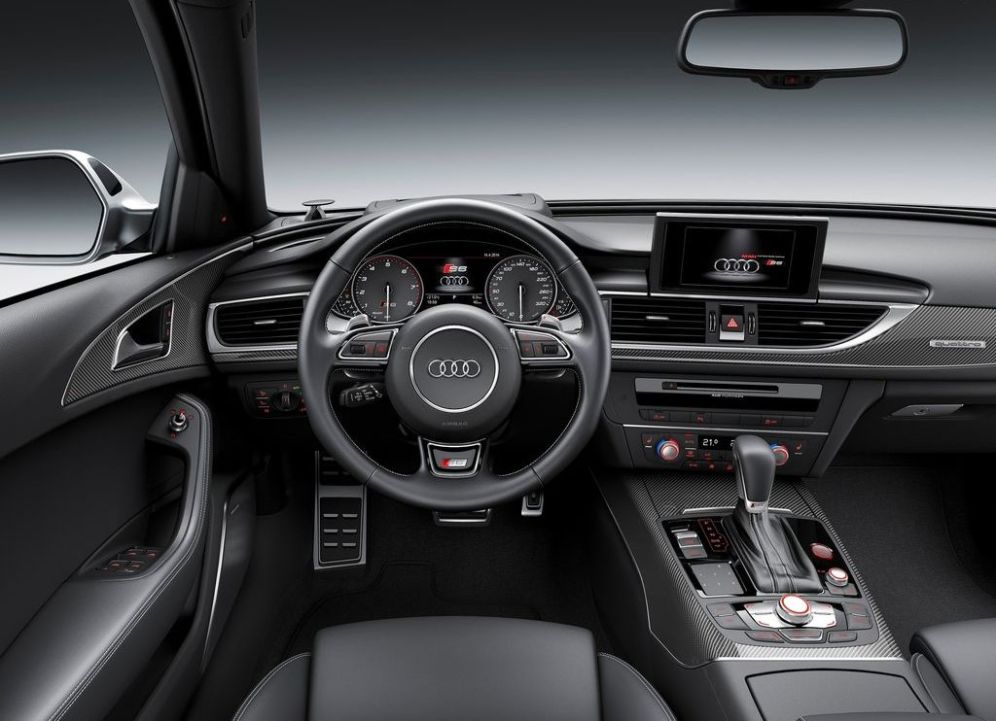 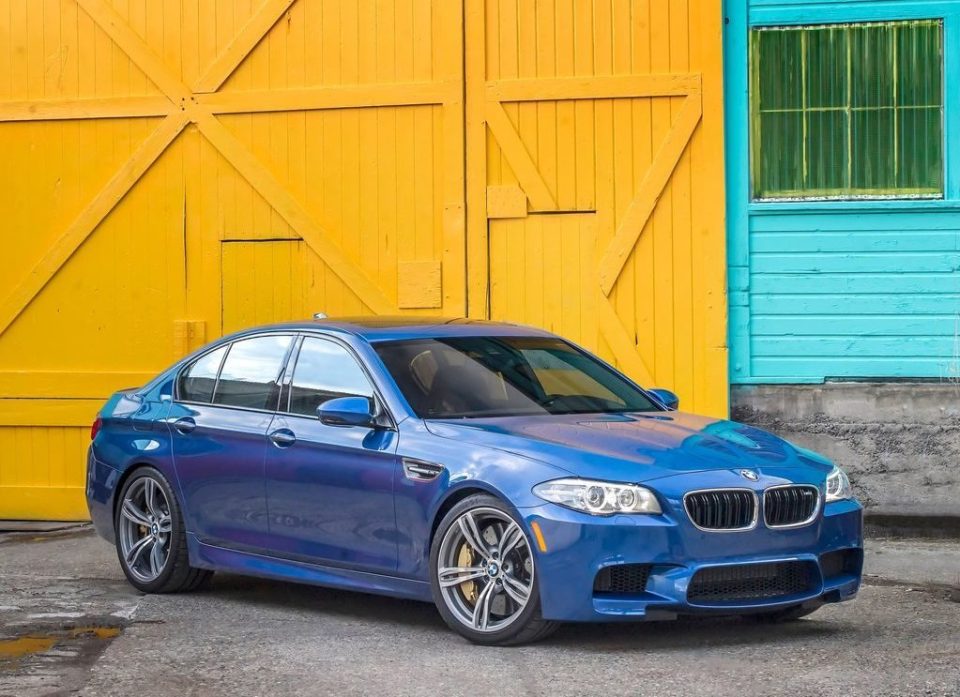 The BMW M5 has been around for a long time and is BMW’s variation of a four-door performance car. The current M5, I think, is better than any M5 we’ve seen before.

The M5 follows the typical sedan shape, but has an aggressive twist. The M5 uses very sharp styling and everything looks very precise. From the front the M5 features the typical BMW dual kidney grille in high-gloss black. At the rear the M5 has four exhausts and a lip spoiler giving it a very sporty look. I personally don’t like the exterior of the BMW as to me it just looks like a typical sedan. 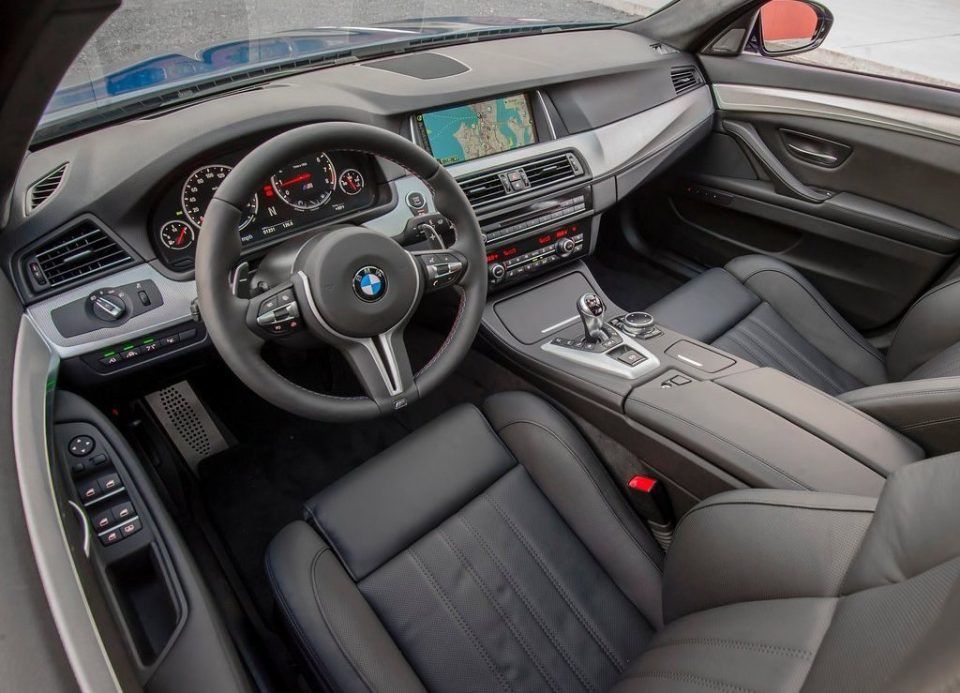 The BMW has a large infotainment screen and leather interior as you’d expect. Furthermore, the dashboard is very similar to the one in the Audi S6 with the black and red theme. It comes with beautiful, comfortable leather seats giving it additional comfort. The M5 has a similar amount of space to compared with the S6.

The M5 in my opinion is a great car. However, it’s not something I’d want to own as the exterior styling just doesn’t justify the price. Optionally, I’d go for something like an M6 depending on my available funds. 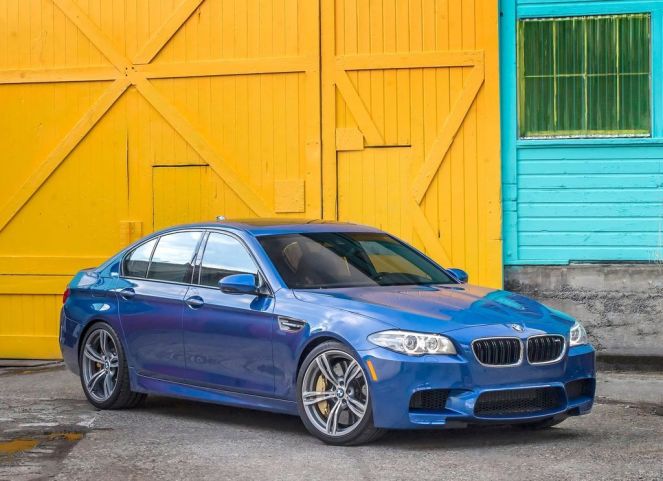 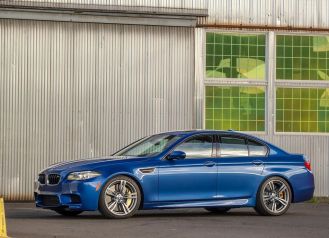 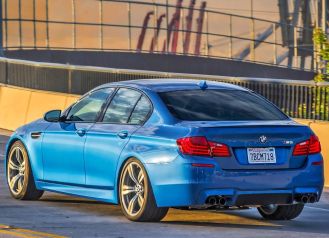 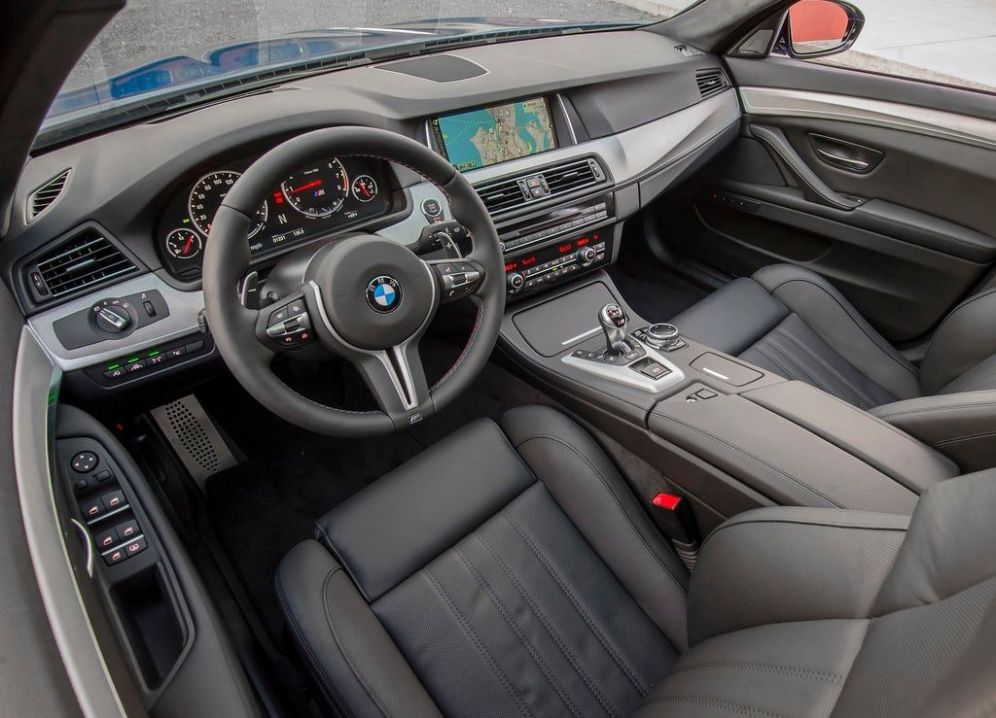 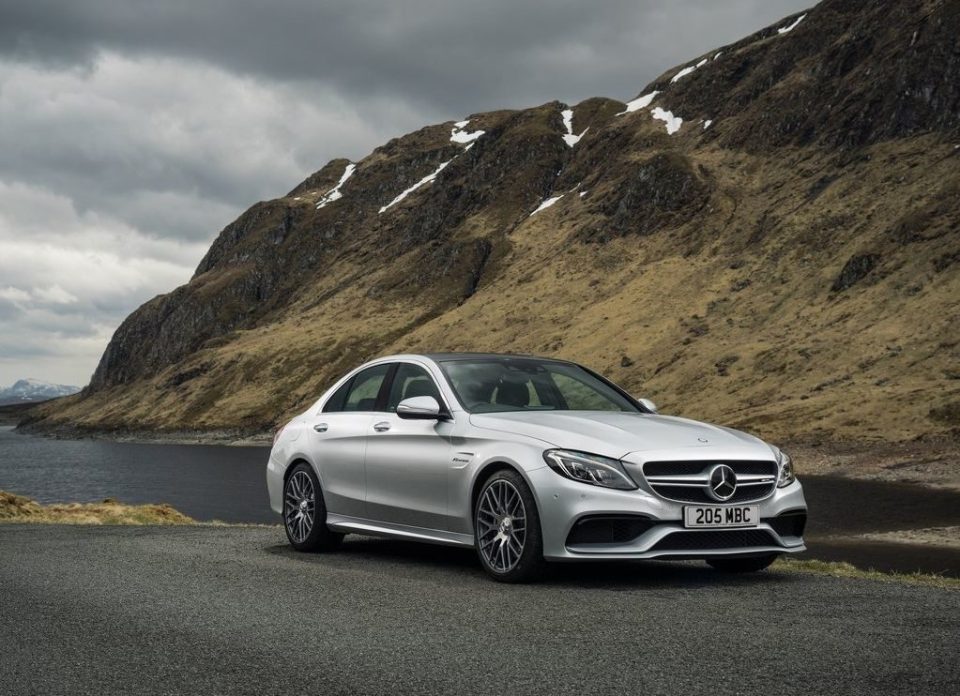 Mercedes provide the AMG C63 S Sedan as one of their performance four-door car. The C63 S is a very big competitor in the performance sedan market. Although, it is not a direct rival to either of the aforementioned sports sedans, it’s priced in a similar bracket as the S6.

The AMG C63 S exterior is very classy styled, as you’d expect from the luxurious Mercedes. Starting from the front, you can see the bold Mercedes badge and a beautifully styled front bumper. Compared to the S6 and M5, the C63 is more smooth looking rather than sharp that suits the Mercedes style more. At the rear of the car is a small lip spoiler and a four quadrilateral exhausts, fitted inside a large diffuser. The C63 is offered with a host of optional packages. The Night Package is an exterior package offered across a wide range of Mercedes. In addition, it offers high-gloss black body parts to the vehicle. There is also a Carbon Exterior Package that, as you’d expect, offers carbon to the exterior in replacement of the standard exterior or Night Package. 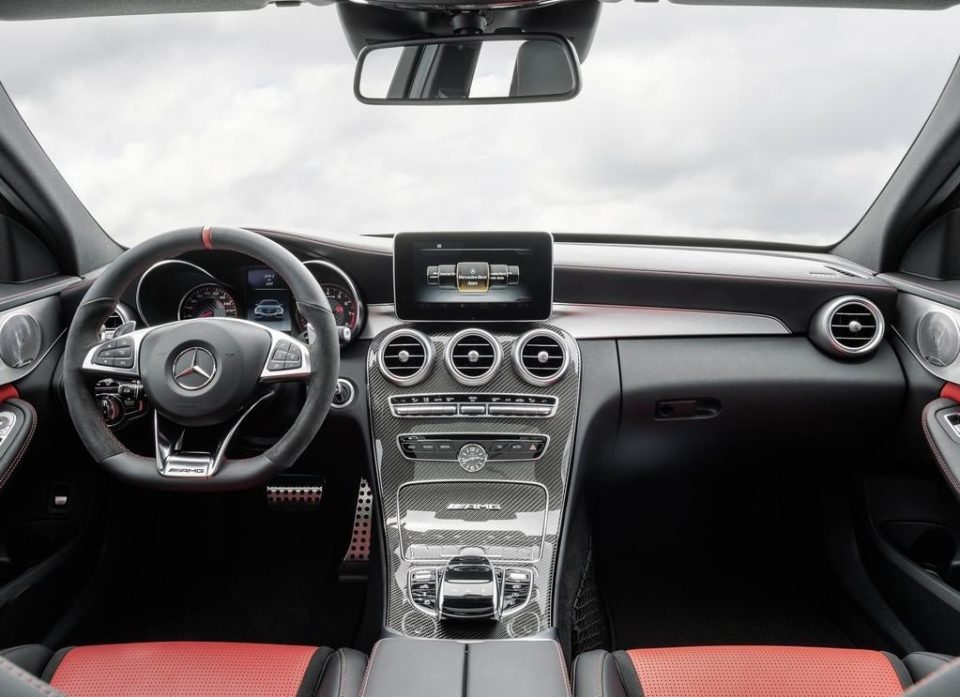 As we move to the interior, the C63 S features a very sporty, but classy interior. It has secondary colored stitching that contrasts with the black leather. Furthermore, the sports seats provide a bucket-seat-like look, but the comfort of a normal seat. In addition, there is a fairly large infotainment display which is controlled by a small touch remote mounted on the center console. This remote can also be found in the new Aston Martin DB11. On the downside, there isn’t much space in the back.

The Mercedes uses a 4.0-liter V8 twin-turbo engine creating 510 hp. The C63 S can reach 180 mph as well as accelerating from 0-62 mph in 3.9 seconds. This may sound great but it is quite a let down from its predecessor. The past generation C63 used a 6.2-liter naturally aspirated V8 which roared like thunder. The C63 S is a lot cheaper than it’s rival with a starting price of $73,250. 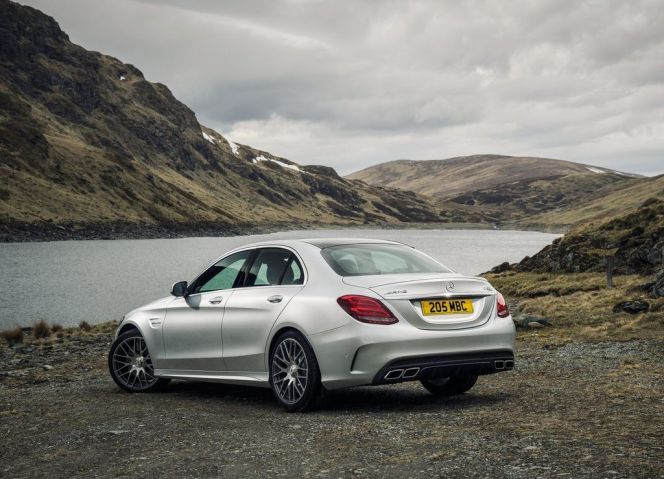 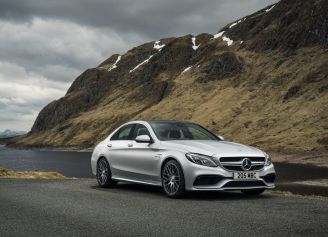 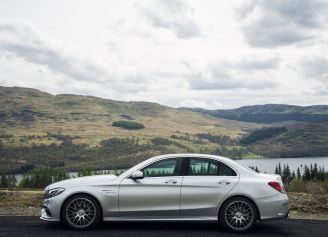 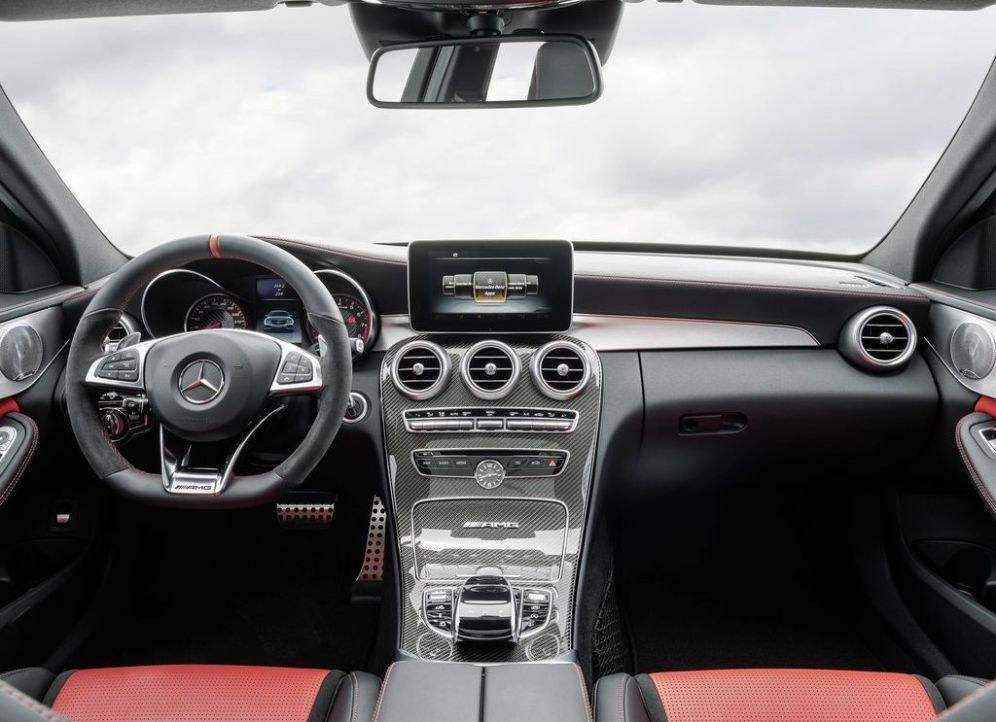 Overall, I think that the Mercedes C63 S is the best car for my taste, although all three are great! The Mercedes for me provides the best value for money and all-round experience. If you were to sit in that AMG cockpit, you’d never want to get out!

Furthermore, the S6 is a fantastic car also. On the other hand, I don’t think the S6 has the slick look of the Mercedes. Hence, I would definitely buy the AMG over the S6, if I were to buy a performance car that is.

The BMW is a very nice car, however, I don’t think the looks justify the price. For that sort of money, you’d be expecting something with the great looks of the Mercedes or Audi. I also think that the BMW looks a bit outdated compared to it’s German rivals. The upcoming M5 would probably force me to change my opinion…