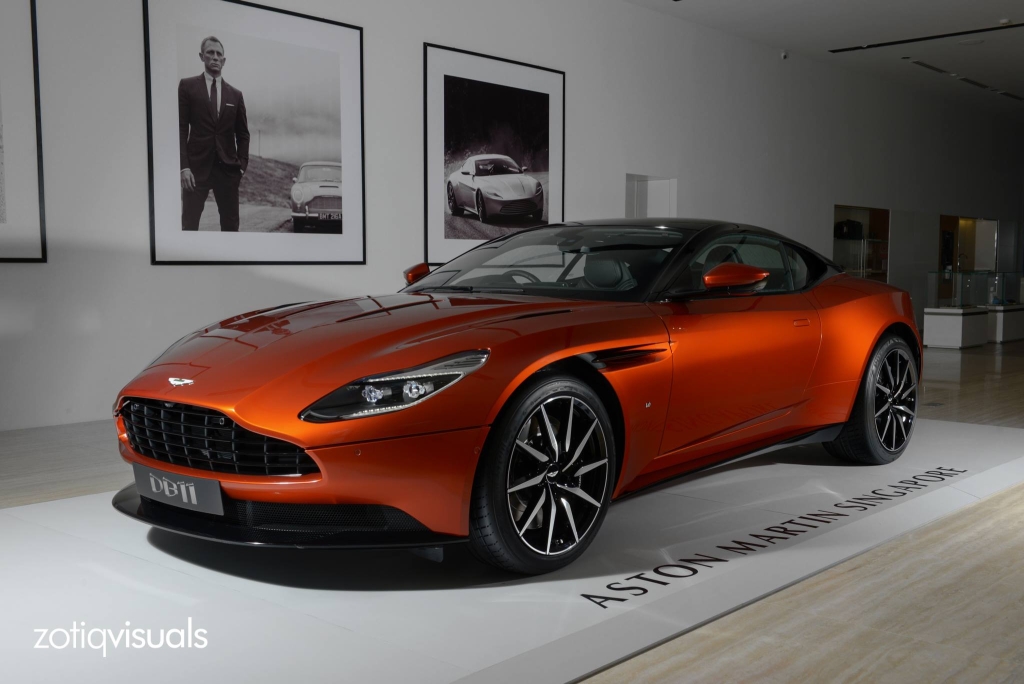 The island nation of Singapore is an important market for the Aston Martin brand. Their latest offering- the DB11 was launched in Singapore coinciding its global reveal at the 2016 Geneva Motor Show.

Aston Martin is looking at increasing its footprint in the region by selling more cars in the emerging markets of South East Asia. The new Aston Martin DB11 spearheads Gaydon’s future product line up which includes a DB11 Volante, new Vantage and Vanquish models.

The British sports car brand enters a new era as it forges a partnership with Daimler. This would result in a new modular platform for future Aston Martin sports cars as well as efficient turbocharged engines. The DB11 however was an in-house effort. The new twin-turbo V12 engine was also developed in-house. The 5.2-liter V12 twin-turbo kicks out 608 hp and 700 Nm of torque and is mated to an 8-speed ZF gearbox.

The new DB11 uses lightweight materials in its construction. This allows the car to sprint from 0-60 mph in 3.9 sec and has a top speed of 200 mph. The thoroughly refreshed styling is based on the DB10 that featured in James Bond movie- Spectre.