We all had high hopes from Pagani at this year’s Geneva Motor Show and a part of us even expecting the unveiling of a new hypercar. But, that of course didn’t happen and we were left guessing about the Huayra replacement. Now, according to Supercar Central on Instagram who claim to have insider information, the car codenamed C10 has been delayed until 2021.

Reports suggest that the new model could be offered with two powertrain options including a naturally aspirated V12 and an all-electric variant. The V12 might get the option of a manual or automatic transmissions. It is said that the engine has been developed from the ground up by AMG and will be homologated for compliance with global emission standards including those of California. 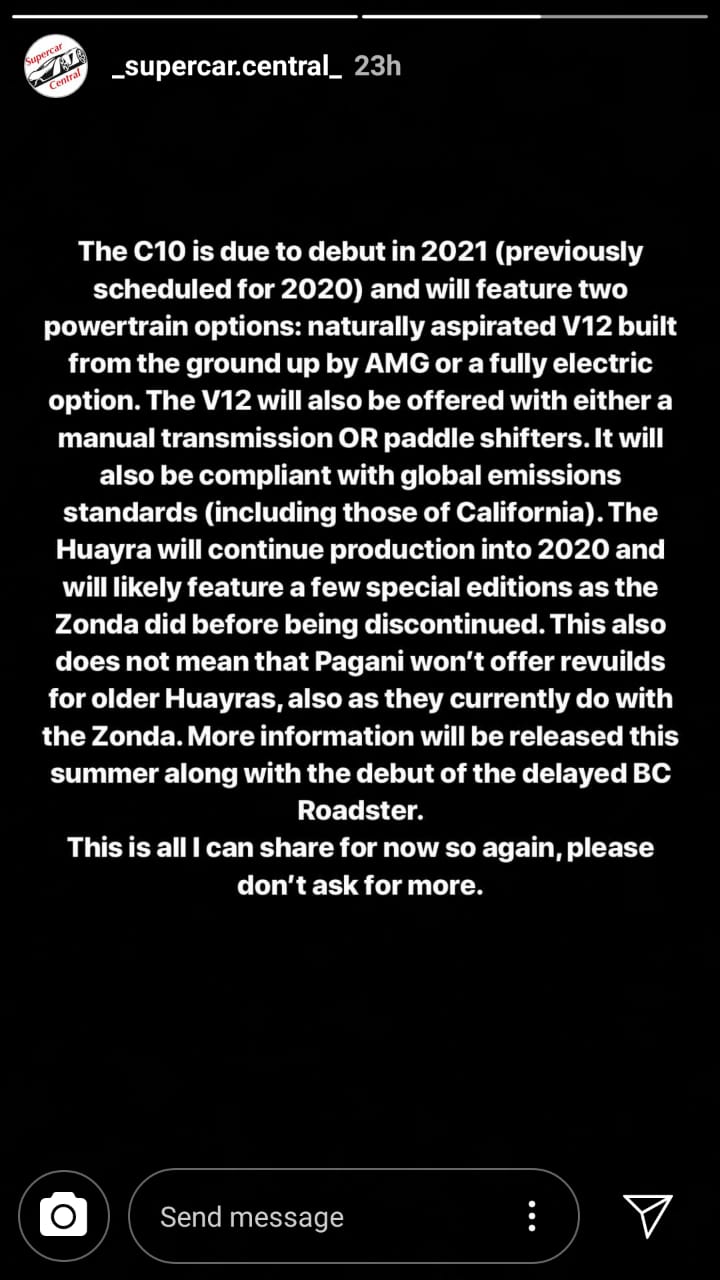 We’ll have to take everything with a grain of salt as the above information contradicts with earlier reports. The previous reports stated that the Huayra replacement will feature an all new twin-turbo V12 by AMG rather than a naturally aspirated unit. The former seems more likely considering that the Huayra featured a twin-turbo unit to comply with global emission standards in the first place. It is hard to believe that a naturally aspirated engine without any sort of hybrid assistance will be able to achieve the same results.

Pagani hasn’t said anything about an electric variant for the Huayra replacement but an electric car has been announced for a launch by 2025. Also, it is hard to see a V12 and all electric option being offered on the same car taking into account the packaging and design needs of the vastly different powertrains.

We’ll have to wait for Pagani to share some information to clear up the confusions. To that end, the Supercar Central claims that the Italian automaker could make an announcement this summer. The delayed debut of the Huayra BC Roadster is also on cards.