Thanks to 3D printing, that badass one-off off-roader concept – the Lamborghini Huracan Sterrato – may actually get made in 2021. Even the idea of seeing it on the showroom floor is enticing.

When it was unveiled, the Lamborghini Huracan Sterrato won more hearts than the Urus super SUV ever could. This is the kind of aggressive off-roader that the Lambo crowd desperately wanted to have in their garages. It certainly looks like a proper Lambo and goes like a proper off-roader. But the news of it being a one-off concept did devastate everybody who was looking forward to owning one.

All of that could change by 2021 or that’s what the latest report on the Automobile Magazine suggests. According to the site, Lamborghini is seriously considering the prospect of putting the Huracan Sterrato to limited production. The words confirming the possibility of a production model of the Sterrato came from the company’s chief technical officer Maurizio Reggiani.

He said, “Even though the budget is quite tight—it always is at Lamborghini—the provisional business case suggests that we can build this car at a profit. How is this possible, you ask? By manufacturing all restyled or new body panels, claddings, ducts, and splitters on 3D printers. 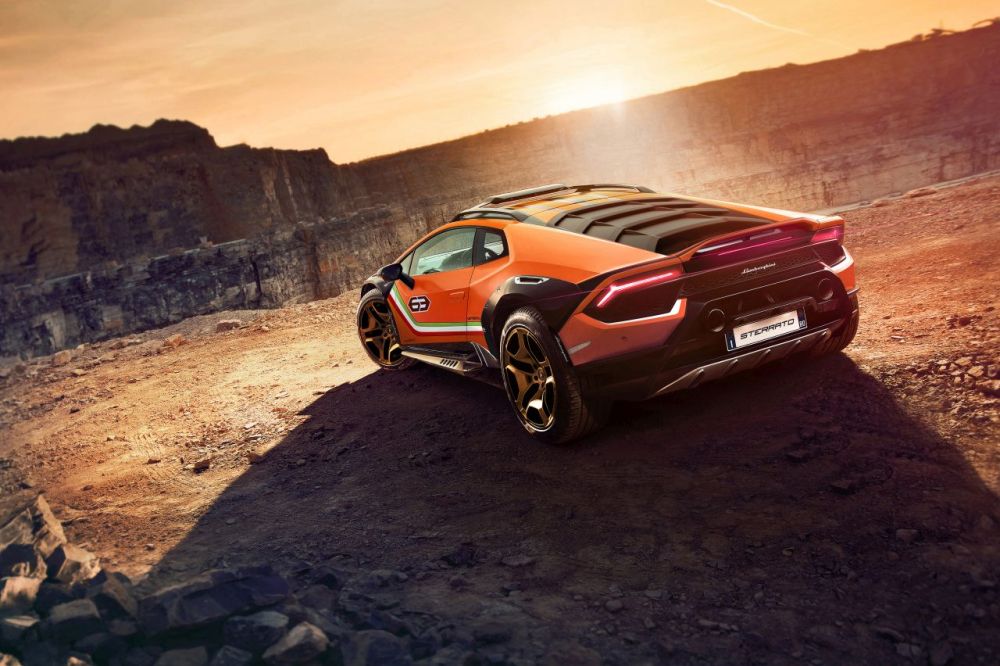 For this purpose, we developed a lightweight synthetic material which is in its final shape bolted or screwed onto the finished body. The idea for this car was born here in Nardo where we have both worlds next to each other. While the Urus is clearly more SUV than sports car, the Sterrato is a Huracán with the abilities of a crossover.”

The response to off-roader Huracan has been overwhelming and it’d be foolish of the top management to ignore the demand. We’re pretty sure that the inquiries and letters that the company received over the past few days were not written with crayons. Because the limited production number thrown around is between 500 and 1000 units, with a base price of around €240,000 ($270,891/£213,524).

Adding more points to the theory is the company’s requirement to add at least one variant a year to the Huracan range for the next four years before the replacement alive. And thanks to the magic of 3D printing, the Sterrato can happen without major retooling.