McLaren 720S emerged victorious by clinching the top reward in Road and Track 2018 Performance Car of the Year awards. Take a look at the rest of the winners.

Ten of the best performance cars that money can buy, duked it out amidst the lush landscape and smooth asphalt of Tennessee and Kentucky for four days before Road and Track picked their big winner, along with the winners in each category for this year’s 2018 Performance Car of the Year. The McLaren 720S gloriously walked away in hyper-slow-motion with the big prize. It’s the car which “impresses, surprises, excites, delights”. Their words. Not ours. But read it again and you know that it’s definitely the only criteria to be met to choose the best performance car.

Go ahead. Visit the Road and Track page which covers the whole thing in vivid detail and with an array of beautifully-shot images of the ten machines which battled for the title. McLaren 720S, Lamborghini Huracán Performante, Bentley Continental Supersports, Lexus LC 500, Chevrolet Camaro ZL1 1LE, Mercedes-AMG GT R, Porsche 911 GT3, Alfa Romeo Giulia Quadrifoglio, Audi TT RS and Honda Civic Type R – all fought valiantly, but the staffers had to pick one absolute winner and it had to be the McLaren. 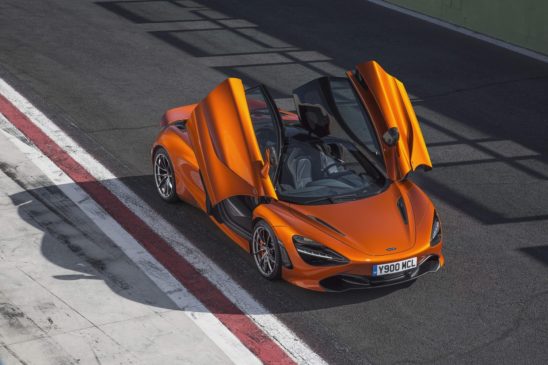 Facing off with a real challenger which came in the form of the Lamborghini Huracán Performante, the 720S managed to beat the bull to take the top spot in the Supercar group. The Grand Tourers category witnessed a fierce battle between the Bentley Continental Supersports and Lexus LC 500. The Lexus won that bout. In the Track Stars category, it was the Chevrolet Camaro ZL1 1LE which had to take on two mighty Germans – the Mercedes-AMG GT R and the Porsche 911 GT3. Proving that the American muscle car is evolving into a bloody-good track car which can beat the finest ones from Europe, the Camaro took the top honors in the category.

The Wild Cards group wound up the pack with the Alfa Romeo Giulia Quadrifoglio, Audi TT RS and Honda Civic Type R. While the Alfa has a Ring record to flaunt and the TT RS has its share of rave reviews, it was the Type R which punched its way out of the three-car fight to grab the trophy.