Richard Hammond was injured in a horrific crash involving a Rimac Concept One electric supercar. The accident took place during the filming of The Grand Tour at the Hemburg Hill Climb in Switzerland. Season 2 of The Grand Tour will air on Amazon Prime this October.

This is the second time Richard Hammond has been injured in a crash while filming an episode of the new series. Earlier, the ex-Top Gear host had fallen off his bike but escaped with minor bruises. This time however, Hammond could have sustained a fracture to his knee. 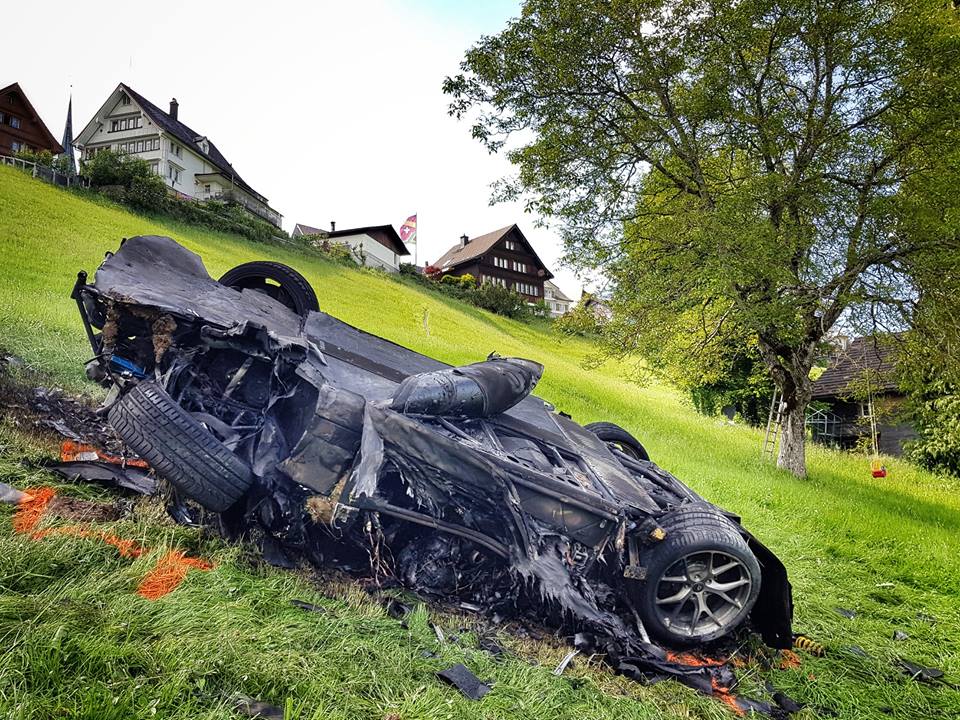 Richard was conscious and talking and was attended to paramedics on site. He was later air-lifted to a nearby hospital at St. Gallen for further checks. No one else was involved in the accident, according to a Facebook post.

From the images, it looks like the car flipped over and caught fire. It was subsequently destroyed in the inferno. The cause of the accident is unknown at this point of time. Meanwhile, an investigation is on going.