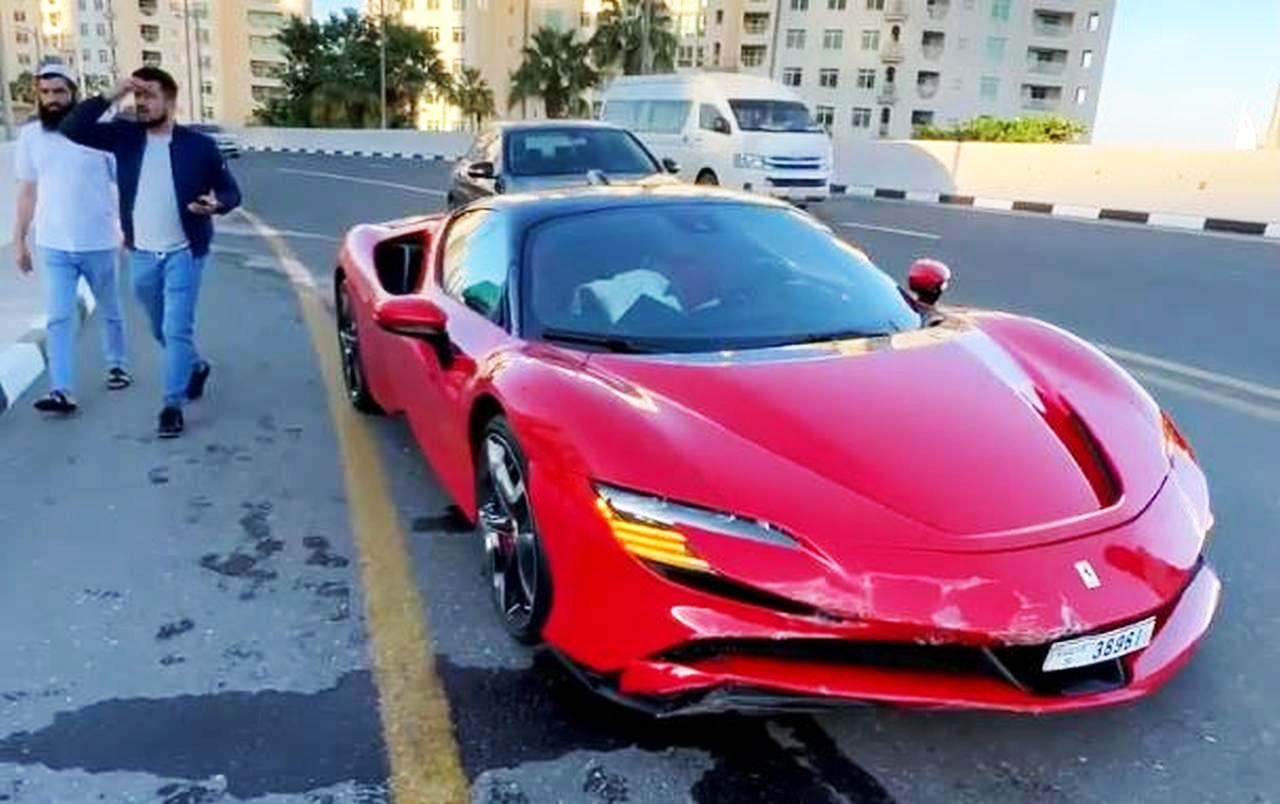 Last month, @alex_slobozhenko was in Dubai and is said to have rented a swanky Ferrari SF90 Stradale. Little did he know that his trip was about to turn sour.

Alex was driving around Dubai and was generally enjoying his time behind the wheel of the Ferrari. That is until he lost control and crashed.

Alex recently shared a video on his Instagram that shows the moment he lost control of the 1000 hp SF90. He tries to wrestle the car as it slides. The car appears to have hit the roadside curb before coming to a halt. The video also reveals the extent of the damage sustained by the Ferrari.

As you would be aware, the SF90 Stradale has an all-wheel-drive system. It has tons of grip, unlike rear-wheel drive supercars. Now, we don’t know whether Alex had turned the traction control and stability control off, but the way he lost the car under acceleration suggests this might be the case.