Looks like the Ferrari SP30 Arya, a special project car that came for sale last year has found a new home, in Dubai. The one-off was recently spotted at a Dubai hypercar gathering along with a number of equally exotic machines.

The SP30 Arya was first commissioned in 2012 by Cheerag Arya, a petrochemical tycoon and renowned Ferrari collector. While the car may look like it’s based off the F12, it actually hides its predecessor, the 599 GTB beneath its unique design. Ferrari special projects combined elements from the F12 which was already released, hardcore 599 GTO and track-special 599XX to create the SP30. 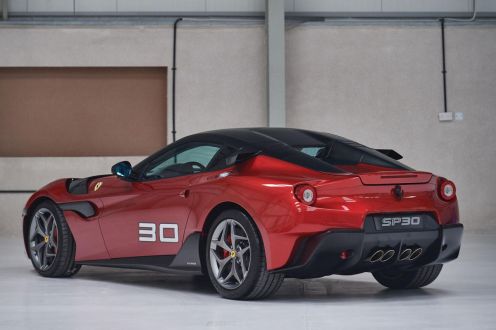 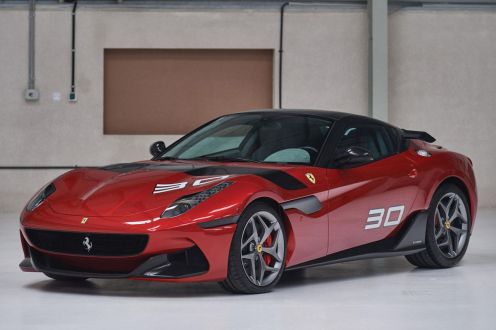 When it appeared for sale last year, the SP30 had only covered 64 miles in its six year existence. It was listed for an undisclosed asking price but if recent reports are to be believed, the one-off is valued at $6 million.

We can’t help but notice all the other hypercars gathered at the party, including the Apollo IE, Zonda 760 AG, W Motors Fenyr Supersport, Agera RS1 and a special Veyron besides other “regular” hypercars like the 918 Spyder, LaFerrari and Aventador SV. Well, after all, it’s a Dubai hypercar gathering we are talking about.