An accident involving a supercar and a tanker took place in China earlier this month. A purple McLaren 650S Spider crashed in to a lorry near Shaoxing, in the Zhejiang Province.

The driver of the McLaren escaped unhurt however upon close inspection it seems like the air bags didn’t deploy. The car sustained heavy damage to the front left side as it was pinned under the lorry. 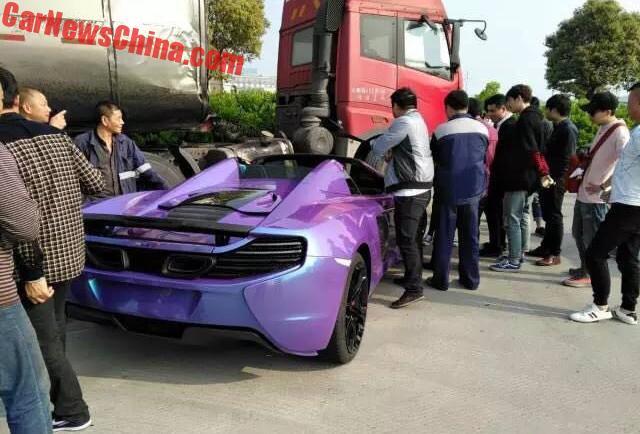 According to CarNewsChina, the driver was involved in a drag race with another vehicle before crashing into the truck. While, the car doesn’t seem like a write-off the owner might want to consider purchasing the new McLaren 720S.

Here’s another reminder of the dangers of street racing. So kids, if you want to race, go to racetrack.

Also see: McLaren 570S Spider to be launched this year 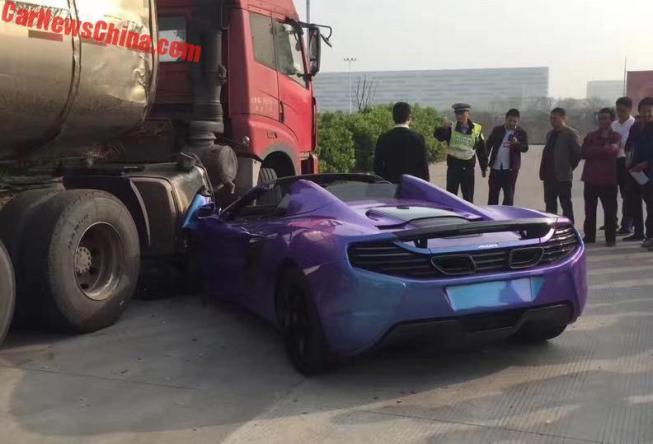 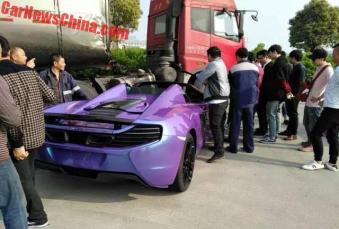 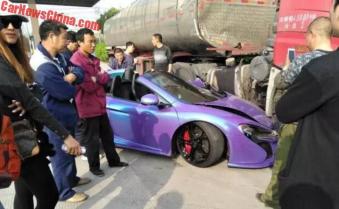 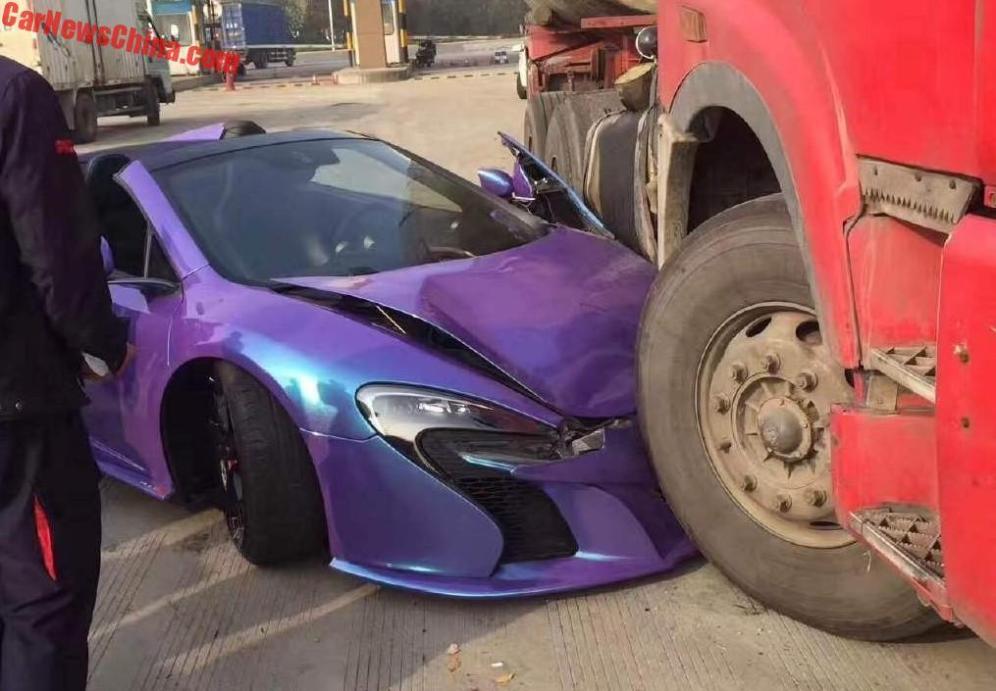