For the price of a Ferrari 812 Superfast!

Without enough investors to fund the attempts, Project Bloodhound SSC has been axed. The team is now selling the supersonic car off for $314,000.

For the kind of money that’s needed to own a Ferrari or McLaren, you can buy one of the most ambitious land speed record project cars in history. Project Bloodhound SSC has shut down because of the lack of funds and the British team has been left with the hard decision of selling their supersonic car.

The team was looking for investors to fund their next attempt to break the world land speed record of 763 mph. Sadly, the $35 million funding couldn’t be sourced and the team was left without many options at their disposal than to drop the shutter. All assets including the car are now on the rack to be sold off so that the creditors can be paid. 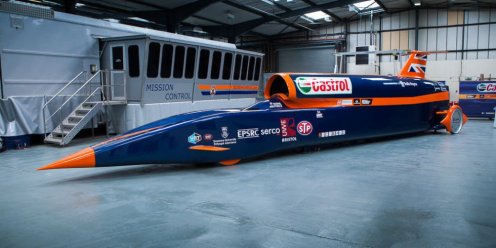 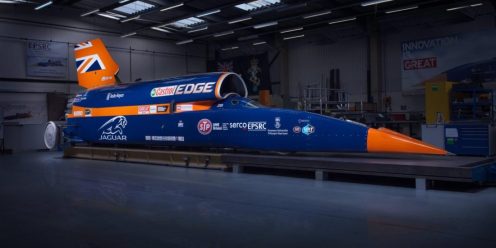 Legendary driver Andy Green, who holds the current World Land Speed Record, made the painful announcement regarding the sale of the Project Bloodhound SSC car.

Had they found the investors, the supersonic car would have made it to the 18km-long, 1,500m-wide track set up at Hakskeen Pan in the Northern Cape of South Africa for testing. The goal was to clock 1,000 mph – a 33% margin over the current record. The EJ200 jet engine of a Eurofighter aircraft and a rocket powers the Bloodhound – a combination is capable enough to launch the land missile to neck-breaking speeds.

The asking price is $314,000 and the list of supercars which can land in your garage for that kind of money. We’d take the Ferrari 812 Superfast if a choice had to be made. But we’d still love to see a wealthy knight in shining armor coming in to rescue this project and team. They truly deserve a chance to create history with the Bloodhound.