Unlike early prototypes, the T.50 XP9 looks production-ready. The car is finished in a deep metallic blue and has a dual-tone interior featuring maroon Alcantara passenger seats, door pads and dashboard. The white driver’s seat adds a nice contrast. It reminds us of all the dual-tone combinations we’ve seen on the McLaren Speedtail. 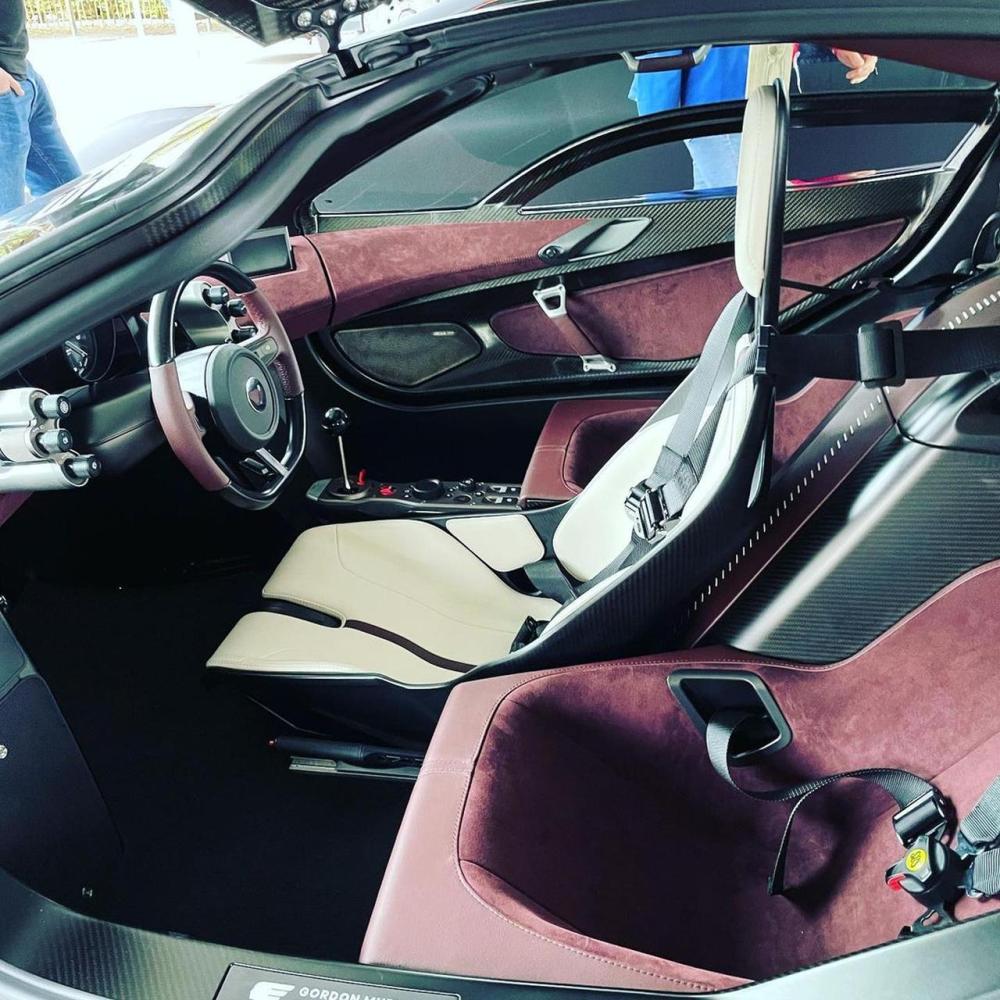 Speaking of McLaren, the front fascia of the T.50 is almost identical to the mighty McLaren F1. The 3-seat layout too is inspired by the same car. That said, it looks a lot less intimidating, at least in images.

Gordon Murray Automotive has been releasing regular updates about the development of the T.50 on Youtube. Recently, Dario Franchitti got a chance to drive an early prototype at the Millbrook test track in the UK.