The battle for the Nurburgring crown continues between Porsche and Lamborghini. A Porsche 911 GT2 RS developed by Manthey Racing has become the fastest road-legal car on the circuit. The run took place on October 25, 2018 with the Porsche completing a lap of the 20.6 km long circuit in 6:40.3 minutes. Behind the wheel of the record-breaking car was 31-year-old Lars Kern, the very same Porsche test driver who ran a 6:47.3 min lap in a stock 911 GT2 RS in September last year.

Manthey Racing is one the most successful Porsche racing teams. While no modifications were made to the engine, the MR package on the GT2 RS features upgrades to the chassis and aerodynamics. Pictures only reveal a bigger rear wing and a set of dive planes. Apart from the racing bucket seats, which were fitted for safety reasons, the MR package will be identical to the record car. Customers can order it through Manthey Racing. 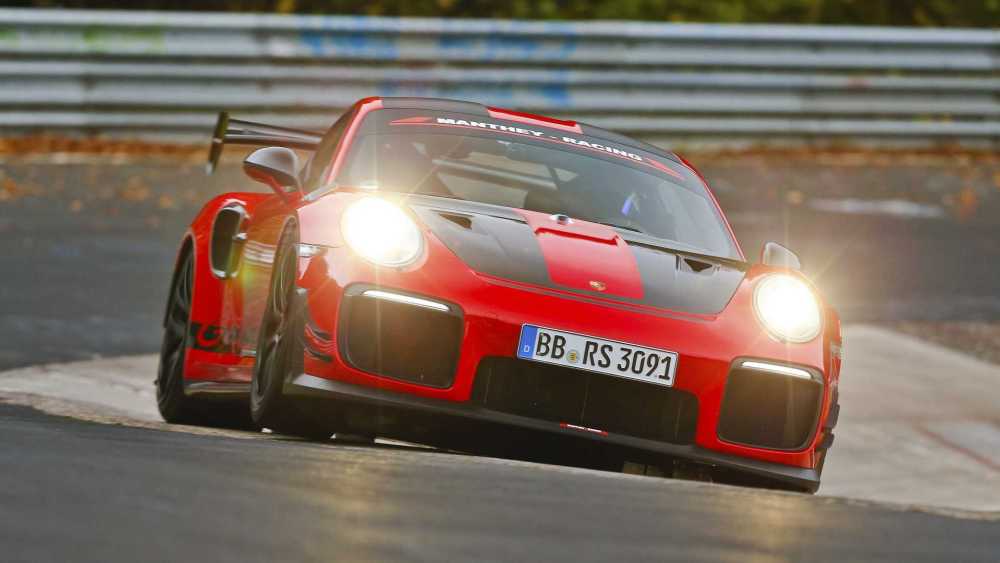 The 911 GT2 RS MR not only beat the time set by the Lamborghini Aventador SVJ but it also snatched the road-legal, non-production car record from the McLaren P1 LM (6:41.33 min).

The Nurburgring lap record has swapped hands a couple of times in the recent past. The Lamborghini Huracan Performante set the fastest time in early 2017. Porsche beat it with the 911 GT2 RS. Then, Lamborghini responded with the Aventador SVJ. We are sure the guys at Lamborghini would be thinking of something to take back the crown. 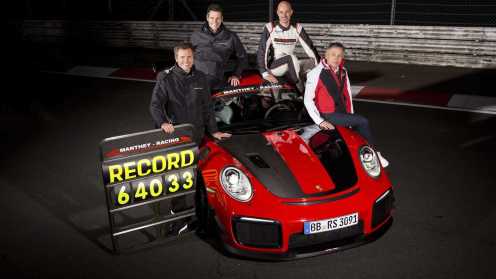 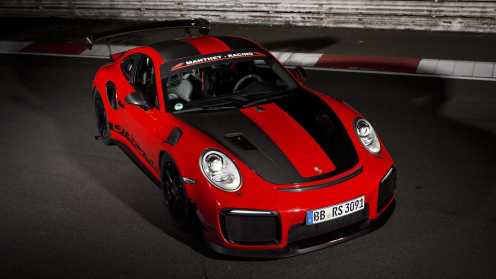 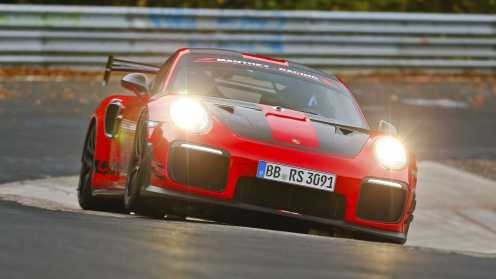 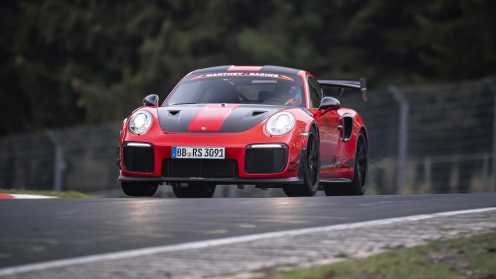