While every auto enthusiast is waiting for new 911 GT3, Porsche is busy putting the final touches on yet another hot new sports car – the 718 Cayman GT4 RS. We have seen numerous spy images of the car and it has also been spotted on the Nurburgring quite a few times. However, this is the first time that the car has been spotted without camouflage.

The 718 Cayman GT4 RS will be positioned right at the top of the Cayman range – no points for guessing that. But, what does it offer? 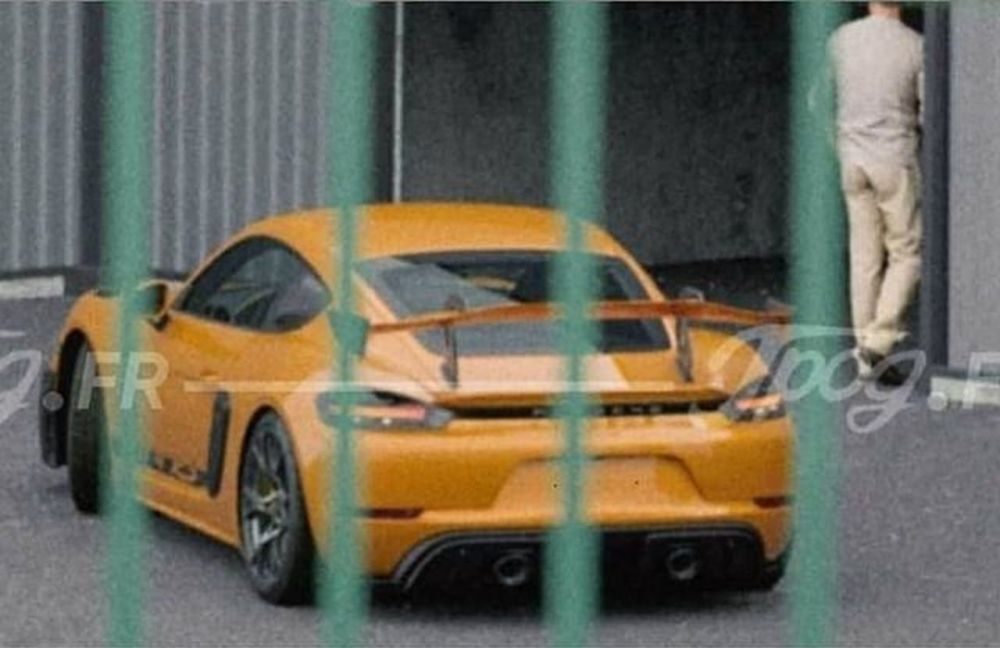 Well, it will be the most track-focused version of the Cayman. It will have a more aggressive aero kit and thus would get redesigned front fascia and massive rear wing. It has nostrils on the bonnet and louvres on the front fenders – similar to 911 GT3 RS.

The Cayman GT4 RS is expected to be powered by a 4.0-liter, flat-6 engine producing 500 hp. So, while it may be based on a humble Cayman, it’s going to be a proper bit of kit. Moreover, unlike the 911 GT3, this car will have its engine mounted in the middle, which sounds like an exciting recipe.