The car is finished in a white shade similar to that of the Gyrfalcon’s feathers complemented with exposed carbon fiber resembling the bird’s spotted black wings. There are bright yellow accents on the rear view mirrors, over the side skirts, side air-intakes, on the front bumper and on the nose of the car. The stripe running down the nose imitates the Gyrfalcon’s beak. The inspiration from the bird doesn’t end there as the falcon’s image is also stitched into the car’s headrests, door cards and matching luggage set. A special gyrfalcon gold coin is also lodged inside the shift knob. 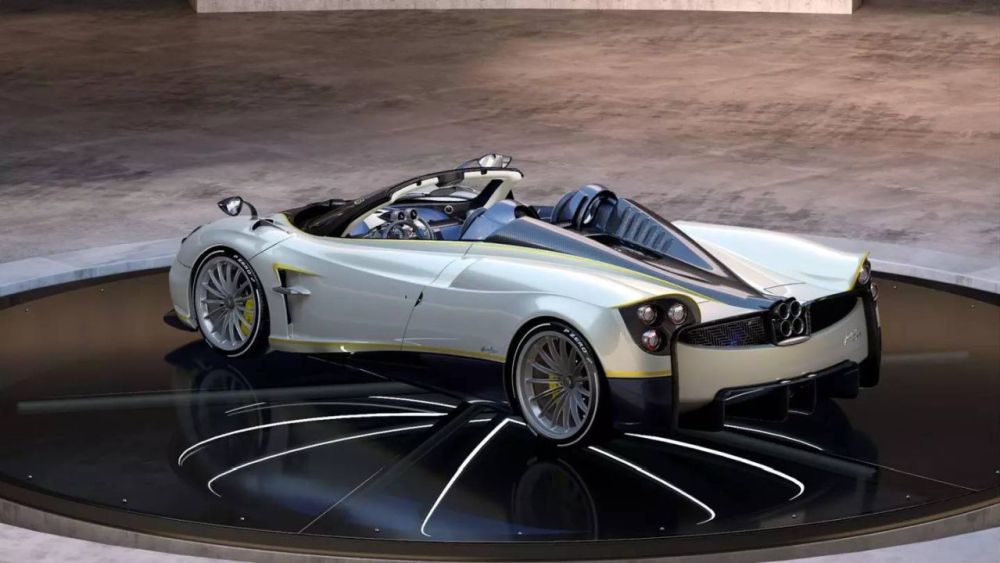 The Huayra Roadster Gyrfalcon was unveiled at the Pebble Beach where the company also announced the opening of a new dealership in Beverley Hills and showcased a unique airplane cabin the automaker designed as part of Pagani’s partnership with Airbus.

What a stunning 2018 car week! Pagani Automobili is proud to present the unique Pagani Huayra Roadster- Gyrfalcon today at The Quail – A Motorsport Gathering. Inspired by the White Gyrfalcon, one of the fastest birds of prey, the car represents the highest level of personalisation of the Pagani cars. #pagani #huayra #huayraroadster #thequail

“These made-to-measure supercars are well-loved in North America, not only for their intense technology and beauty but also for the appreciation of passionate Italian craftsmanship that goes into making them.” said Horacio Pagani at the unveil of the Huayra Roadster Gyrfalcon. 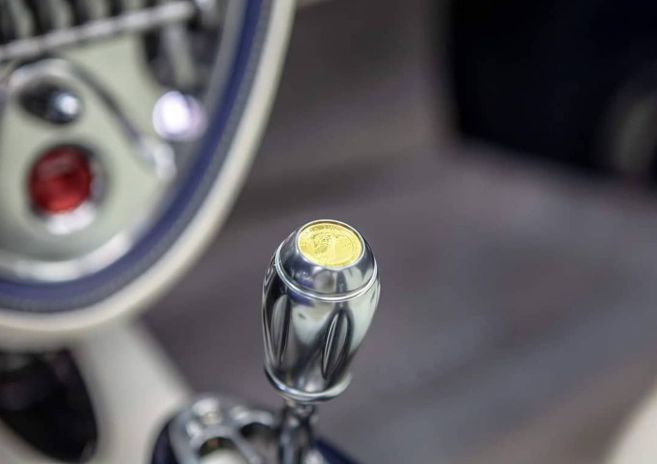 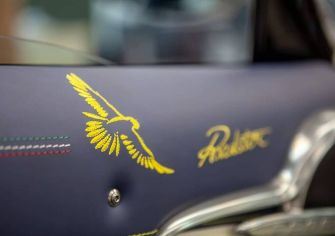 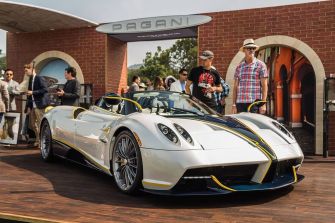 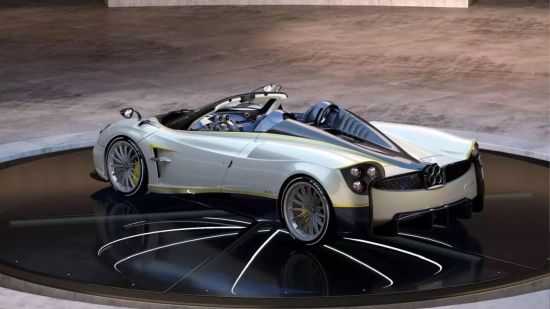 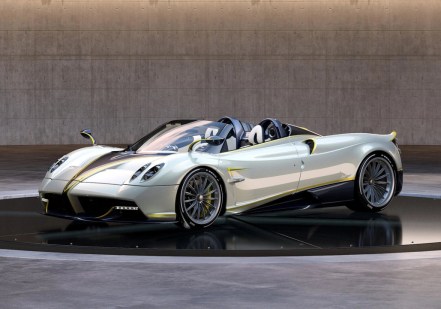