Lamborghini has officially revealed the one-off SC20 speedster. Developed by the Squadra Corse racing division and styled by Centro Stile, the SC20 is a track toy that’s also street legal.

The Lamborghini SC20 was inspired by the Diablo VT Roadster, Aventador J, Veneno Roadster and Concept S. The styling is clearly inspired by the SC18 Alston – another one-off supercar. The front splitter has fins on either side and the air intakes on the front hood are inspired by those of the Huracan GT3 EVO. When viewed in side profile, you will find hints of the Essenza SCV12. At the rear is a large carbon fiber spoiler than can be adjusted three different positions. 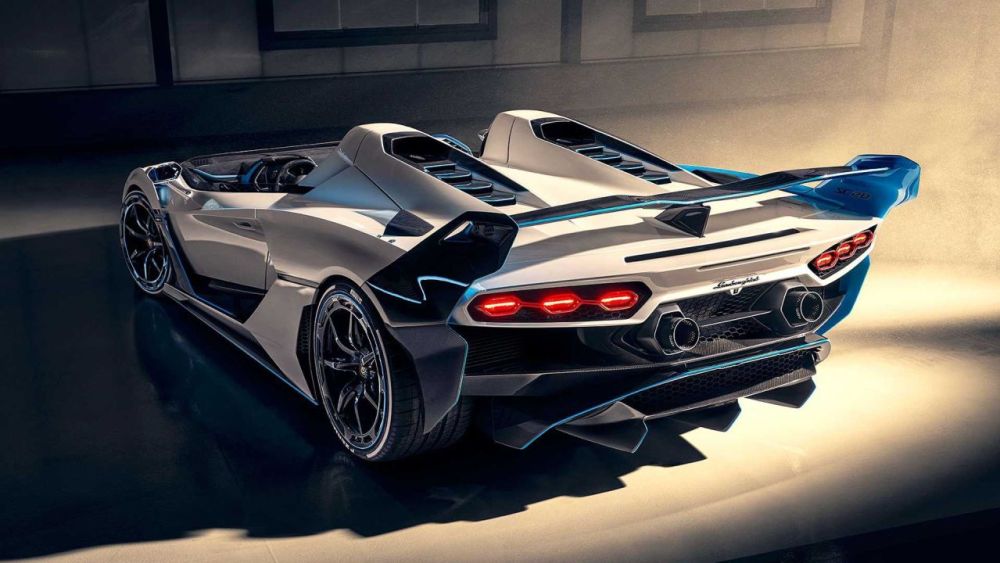 The SC20 is finished in Bianco Fu (white) with Blu Cepheus (blue) livery. The interior of the car is wrapped in Nero Cosmus (black) and Bianco Leda (white). The dashboard cover, rear wall, door panels, centre console and steering wheel trim are finished in exposed carbon fiber. The door handles are machined from a solid piece of aluminum, while the air vents have been 3D printed. 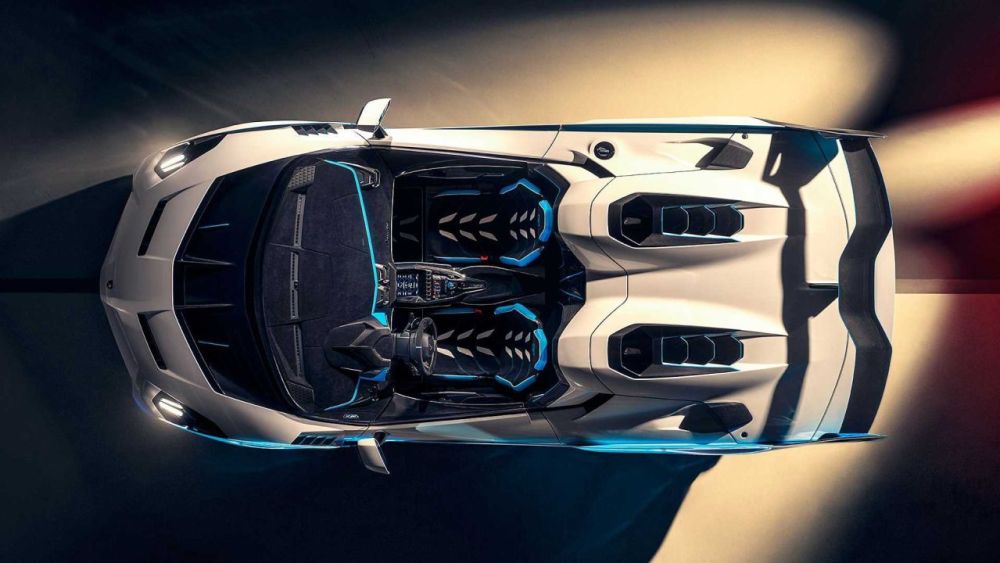 The SC20 is powered by a 6.5-liter, V12 engine that pumps out 770 hp @ 8500 rpm and 531 lb-ft @ 6750 rpm. The engine is mated to a 7-speed, single-clutch automatic transmission, which sends power to all four wheels via four wheel drive system and a central electronic differential.