A Koenigsegg CCXR suffered a serious crash in Mexico City today. The car wasn’t just any CCXR, if you can say that, but a one-off and appropriately named as the ‘Special One’. The details of how the accident happened are unknown but the car suffered serious damage to the front as visible in the pictures.

The ‘Special One’ chassis no. 73 has an interesting history. It left the Koenigsegg factory back in 2010 to join the collection owned by the Al-Thani family of Qatar. The following year, it was seen multiple times throughout Europe and the UAE. It was later put up for sale in Dubai in 2011 where it remained at Al-Ain Class Motors for a long time. The car was later acquired by @don_koenigsegg who took it to Mexico and at the hands of whom the car crashed today. Thankfully, the owner is unhurt and plans to build the car back to its original condition.

Another Koenigsegg bites the dust in Mexico, this time it's the CCXR Special One! ???? Swipe left to see more! ???? Photos by Unknown #Koenigsegg #CCXR #SpecialOne #Autogespot #AutogespotMexico #Mexico #MexicoCity

The Special One wears a unique turquoise shade both on the exterior and on the interior. Even the brake calipers are painted turquoise with the silver wheels beautifully complimenting the shade.

Under the hood, it is powered by the same powerplant as all other CCXRs: a 4.8-liter twin-supercharged engine as the CCX but capable of running E100 ethanol fuel. The unit delivers 1004 hp, which is 209 hp more than what the CCX produces on E85 pump fuel. Early Koenigseggs were no slower than their modern counterparts and the Special One can reach 0-62 mph in just 3.1 seconds and has a top speed of more than 400 km/h (249 mph).

The Special One is not the first Koenigsegg to have crashed in Mexico. In 2016, a CCX “Custom Vision” got wrecked. The damage seemed irreparable and we haven’t seen the car since. Thankfully, the Special One will soon be restored to its former glory. 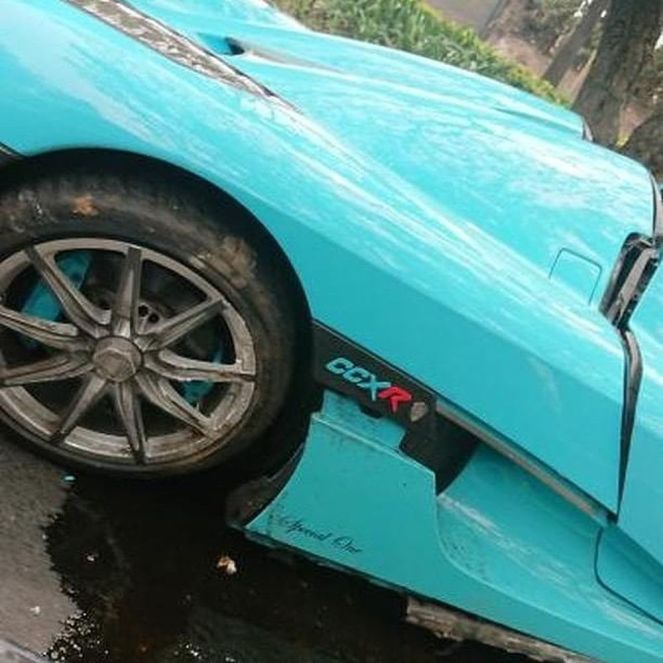 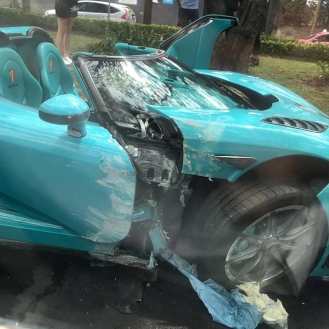 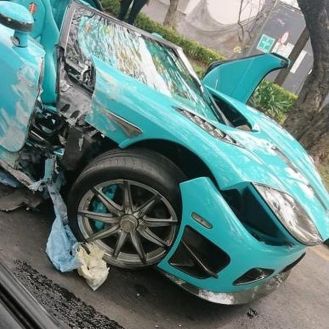 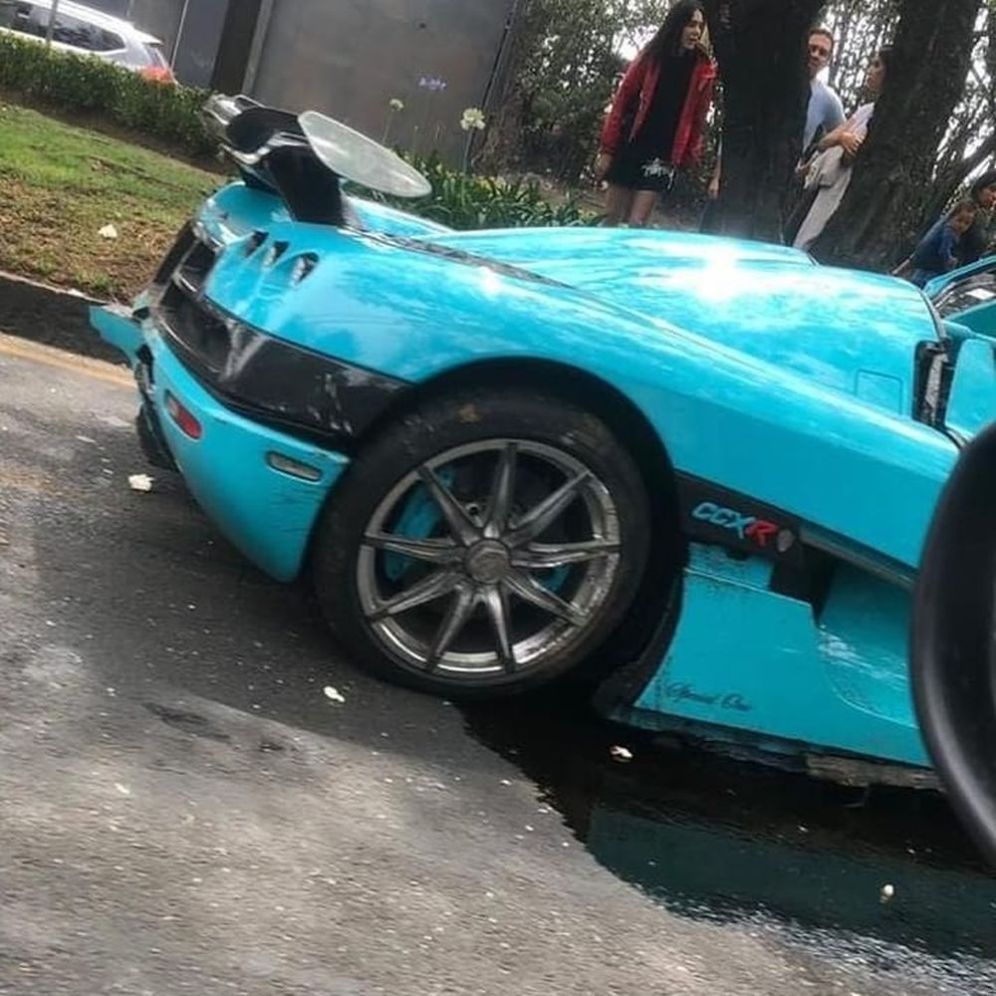