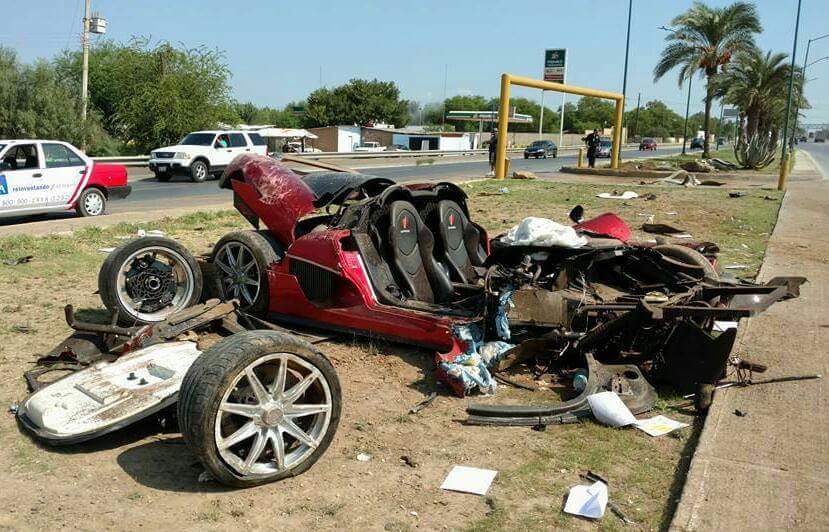 A one-off Koenigsegg CCX crashed in Mexico recently. The $1.3 million supercar was transformed into an expensive mess of carbon fiber and metal.

Images of the crashed CCX ‘Custom Vision’ have surfaced over the internet which reveal the extent of the damage. Let me tell you, it’s a total loss. The supercar was headed towards Monterey when the accident took place. That said, it had recently been shipped over across the border as earlier it was spotted for sale in Texas with a sticker price of $1.3 million.

According to eyewitness reports, the driver of the Koenigsegg CCX was travelling at a high rate of speed when he hit the curb and lost control. The expensive supercar rolled over multiple times before coming to rest on the median. To make matters worse, the car was not insured at the time. So basically, someone just lost $1.3 million or more.