It has been exactly a month since Ferrari revealed the one-off Omologata. Now, you would expect an ultra rare exotic like this to be tucked away inside a garage. Instead, the owner seems to be using it quite regularly. Recently, the Omologata was spotted in Munich.

Ferrari Omologata is based on the 812 Superfast. It features a bespoke exterior with an oval grille and front fascia, two large circular tail lamps and a redesigned rear decklid. The exterior is finished in Magma Red. On the inside, the car comes with electric blue seat upholstery as well as leather and Jeans Aunde fabric. No doubt, the 812 Superfast is a looker. But, the Omologata takes it a step further. 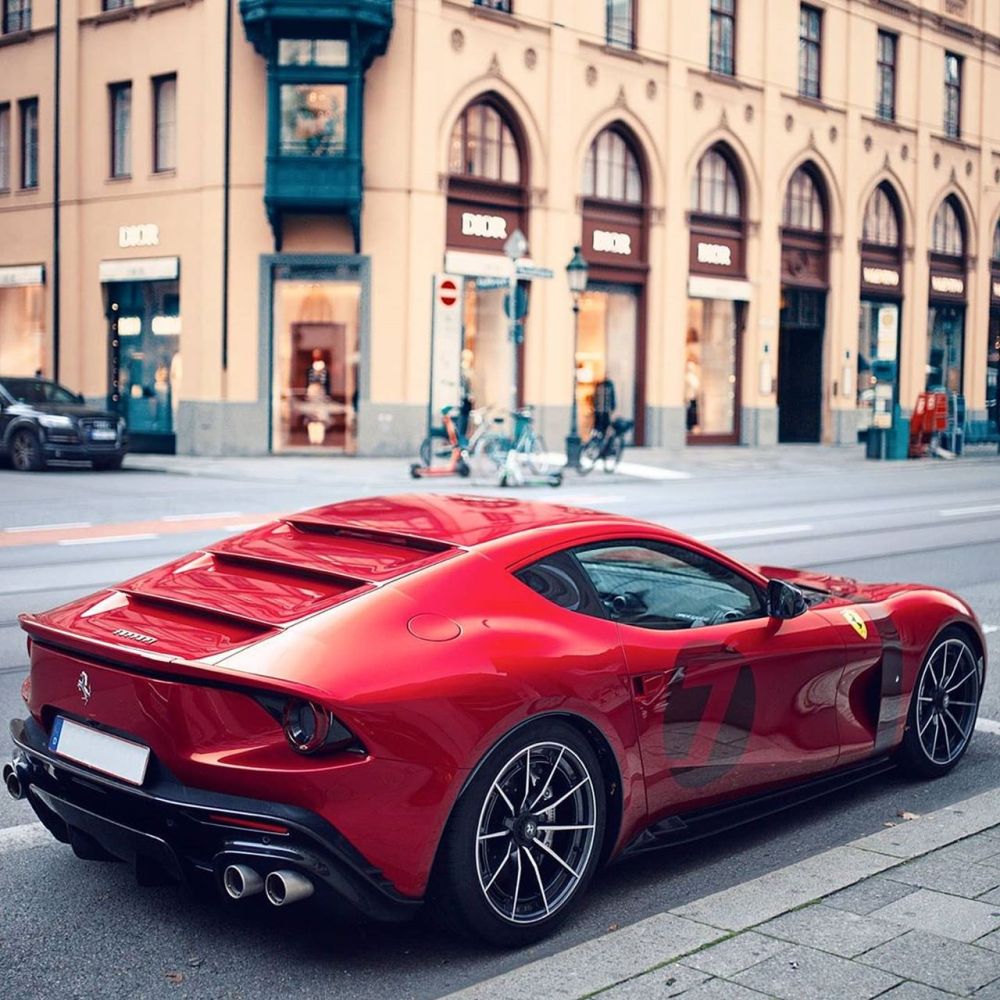 Under the hood is a 6.5-liter, naturally aspirated V12 engine. Ferrari hasn’t disclosed the exact specifications, however is likely to produce at least 789 hp and 718 lb-ft of torque.