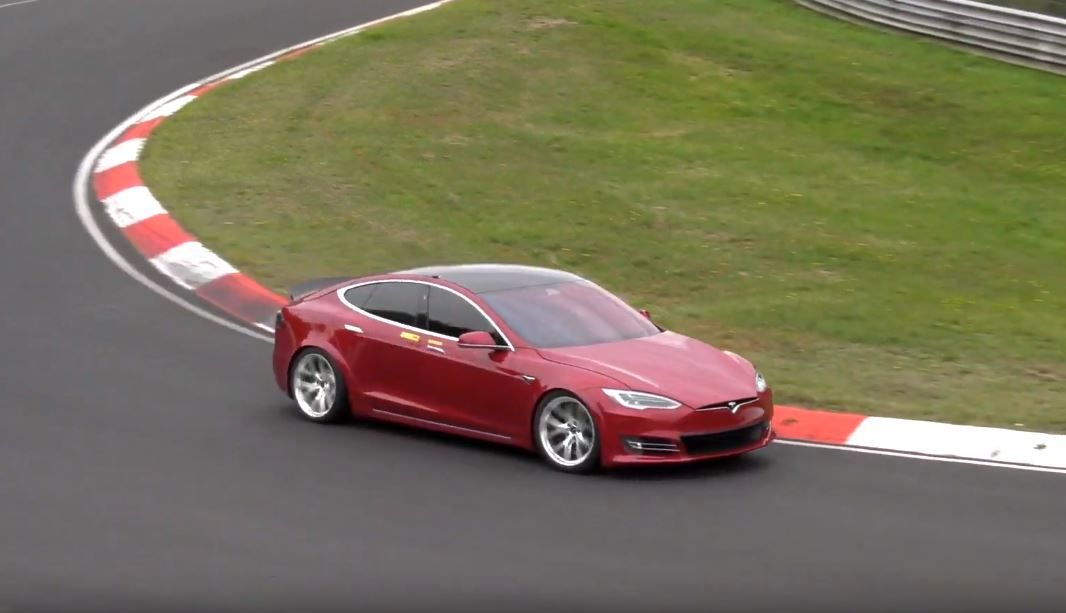 Two protoype Tesla Model S cars have been attacking the Nurburgring test track over the past few days with the sole aim of breaking the Porsche Taycan’s EV lap record. And it looks like the efforts have started yielding rewards. One of the prototypes – a modified and stripped down one – has managed to clock a lap time of 7 minutes and 23 seconds. That’s a staggering 20 seconds quicker than the Taycan’s figure!

However, these are unofficial numbers timed by eyewitnesses and the cars don’t meet the criteria set to clinch the lap record for the all-electric, 4-door sedan category. The Model S which lapped the track in record time isn’t a production version to begin with.

The prototypes being tested on the Green Hell feature the new three-motor “Plaid” powertrain which won’t hit the market until 2020. Stripped down interiors, roll cage, bigger wheels, wider fenders, lip spoilers, carbon-ceramic brakes, altered suspension setup, and track-focused yet street legal Goodyear Eagle F1 Supersport RS rubber – there is a long list of changes which set the test vehicles apart from the production Model S that can be bought from the dealer.

Tesla will be scheduling two record attempts this week, one to take place on Wednesday and the other on Saturday. Thomas Mutsch, Andreas Simonsen, and Carl Rydquist are at the wheels of the prototypes. We’ll be keeping you posted on the developments.