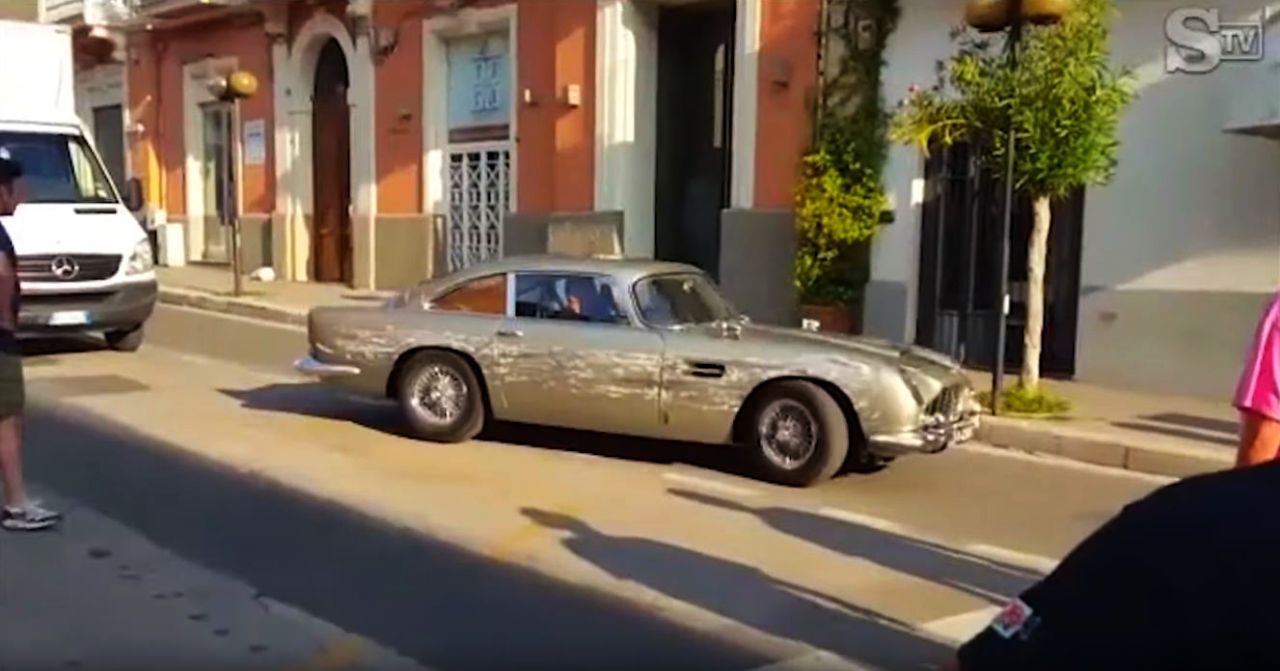 The upcoming James Bond 007 spy flick – No Time to Die – is being filmed as we speak and a video has popped up featuring the Aston Martin DB5 in action.

It’ll be April 2020 when No Time to Die releases in theaters worldwide. But that doesn’t deny us of the opportunity to see the filmmakers shooting those adrenaline-pumping action scenes for the latest James Bond 007 spy movie.

Uploaded to the YouTube channel MI6-HQ.com, the footage was taken in Matera, Italy where the second unit film crew is busy canning a high-speed chase. The star of the video and the set-piece got to be the 1960s Aston Martin DB5 (a stunt car, obviously) speeding down the town’s biggest square, taking a sharp turn and speeding off. Stunt doubles of both Daniel Craig and Lea Seydoux were seated in the beautiful yet purpose-built stunt vehicle.

MI6-HQ.com states that a number of Aston Martin DB5 stunt cars were used to complete this pre-title sequence. Streets were closed and everyone except the crew was placed behind barriers and buses to ensure that filming can be carried out safely.

We also get an opportunity to understand how filmmakers shoot and stitch together multiple angles of the same sequence to create the final version that we see in theaters. The Aston Martin DB5 stunt vehicle repeats the sequence multiple times, with a Mercedes GLE camera car filming it from different angles, perfectly illustrating the process.

This is the fifth 007 flick starring Daniel Craig and the quintessential Bond car has appeared in four of his outings. No Time to Die also stars the Aston Martin V8 Vantage from the 1980s and the all-new Aston Martin Valhalla.