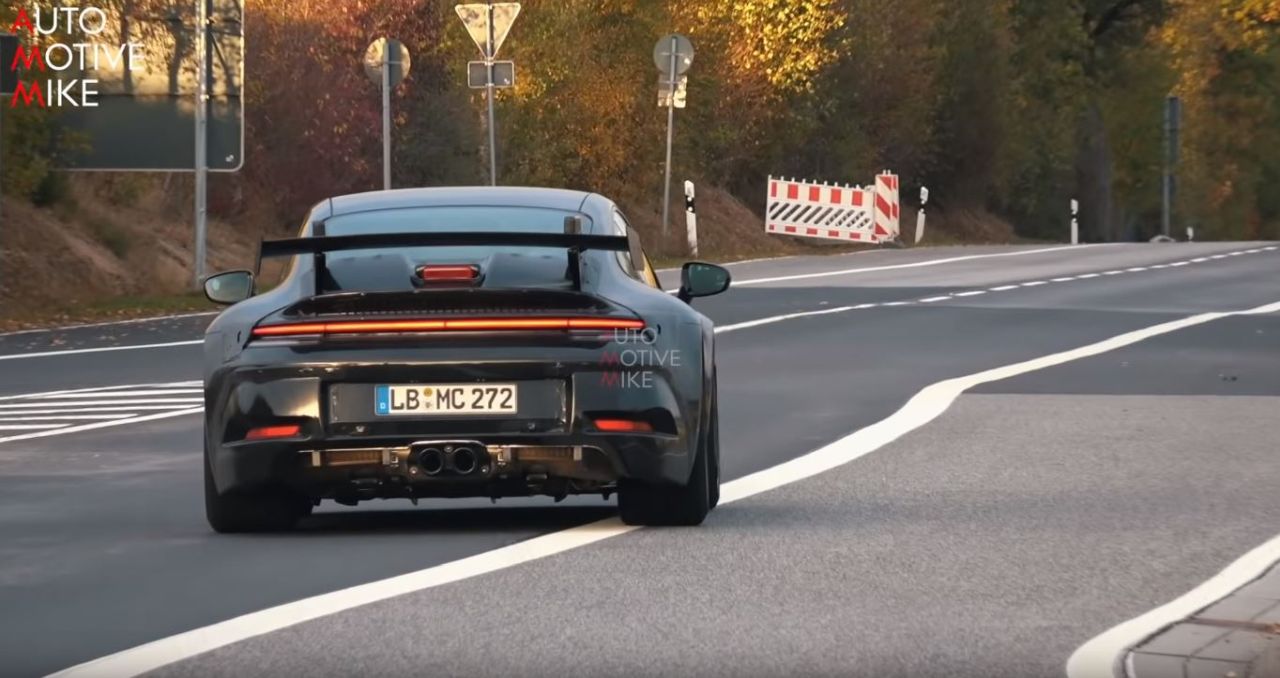 It seems like forever since the first spy shots of the 992-generation 911 surfaced online. However, all the 911 fans out there will be relieved to know that the next generation car will be unveiled in less than a months time. The Carrera and Carrera S will be followed by numerous variations of the sports car, including the Turbo and GT3 models.

Porsche has already started testing the 992 GT3 which is due for a 2020 launch. A prototype featuring what seems like mostly production bodywork has been spotted around the Nurburgring before. To enthusiasts’ delight and to our surprise, the prototypes spotted earlier this year were fitted with naturally aspirated engines, contrary to previous reports suggesting the demise of the naturally aspirated flat-6. We suspected that Porsche might be testing turbocharged units along with the NA equipped mules or it could just be using the old mill for handling and aero testing. Thankfully however, there seems to be no damned turbos inside the latest prototypes. But, we still cannot confirm if the naturally aspirated engine will be offered on the next-gen 911 GT3.

Besides all the design changes made to the 992 911, the GT3 prototypes feature a large rear wing and aero mods both at the front and rear for better aerodynamic performance. We expect a lot more changes to be made to the prototypes considering the next GT3 still has more than a year of development left.