Come, on Toyota! Make them before it's too late!

After the Toyota Supra makes its superhero landing in the near future, the carmaker is considering the revival of the MR2 and the Celica. Good times ahead!

Though the exact release date hasn’t been announced yet, the Toyota Supra will be hitting showrooms near you early next year. Now that Toyota has witnessed first-hand, the enthusiast response to the revival of high-performance sports cars bearing their logo, they are considering bringing back the MR2 and Celica monikers.

“We want to have Celica back, we want to have the MR2 back. The biggest was Supra. Supra was number one, the biggest demand from the market. Now that we’ve brought Supra back, what will come next depends on the market needs.”

Kai didn’t confirm on how the plans come in Toyota’s priority list or on the exact traits of the revival cars that will bear the MR2 and Celica name tags. However, he did hint at the possibility of the new Toyota Celica being an AWD high-performance coupe which will sit well alongside the rear-wheel drive Toyota 86. The Toyota MR2 on the other hand could be mid-engined, sticking to the tradition. 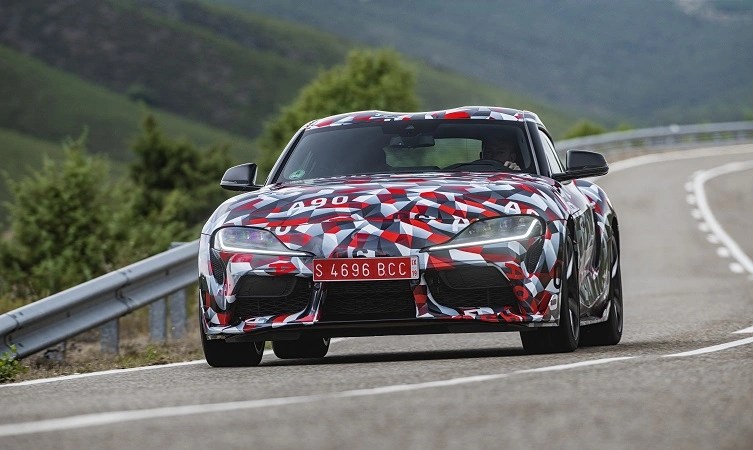 A handful of journos got to drive the hugely anticipated Toyota Supra around a track in Madrid. The first impressions rate it to be a competent sports car worthy of its iconic name.

Kai was also vocal about how manufacturers are finding it more sensible to partner with each other to develop new sports cars.

“Sports cars are becoming more and more expensive to develop. So a single company cannot afford to invest in all the tooling for parts and components, because the volume of sports car is quite small. A sports car requires a lot of specific components that you cannot share with other cars. The suspension components we’re using on the Supra, you can’t use on a sedan like Camry or Corolla. And as you know, all the homologation issues are also getting more and more complex and difficult.”

Toyota and BMW worked together to develop the Supra and the Z4 – two stellar high-performance sports cars which appeal to entirely different sets of customers. Hence the chances of cannibalism are also negated. Since Toyota hadn’t worked on any blue-blooded sports cars in the past 16 years, they really needed a helping hand from a specialist like BMW. And both parties stood to gain eventually.