The Aston Martin Valkyrie is fast coming to life, in the shape of probably the most exciting hypercar after the McLaren F1. The 150 customers have already started putting in the final specs for their cars. One such customer actually asked James from Mr JWW YouTube Channel to head over to Aston’s Studio and spec his Valkyrie for him. Thankfully, James has shared the entire speccing process through this micro documentary of sorts on his YouTube Channel.

We’ve seen many supercars being specced but the configuration options available on the Valkyrie by far outnumber any car before. Gradiated exterior paint? No problem. Red tint on the carbon fiber roof? Sure. Bespoke pattern on the Alcantara seats? Aston will electro-weld that for you. 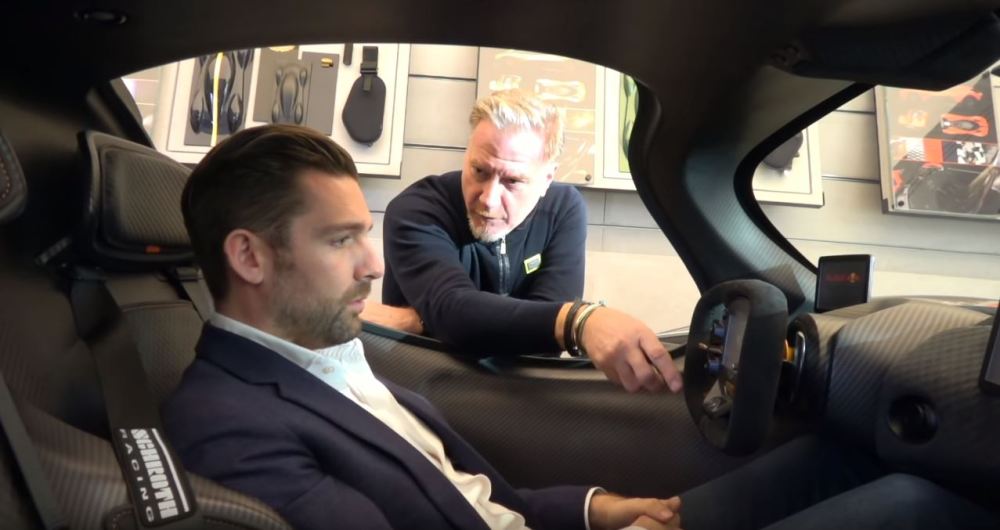 Thanks to the video, we also get to learn a lot about the design process of the Valkyrie. As explained by Marek Reichman, Creative Officer of Aston and poster boy for the marque for many people, the Valkyrie team left no stone unturned when designing components for the car which had to be the most performance efficient without compromising Aston’s standard of authenticity and elegance.

As a result, there is a story behind how all these components came to be – Adrian Newey had a little clash with Reichman when it came to putting the Aston badge on the hood. Newey, wanting to save the 400 or so grams decided on doing away with a badge altogether, was confronted by Reichman according to whom a badge on an Aston is a must. So, they created a laser-cut 10 micron thick badge that sits flush with the lacquer. 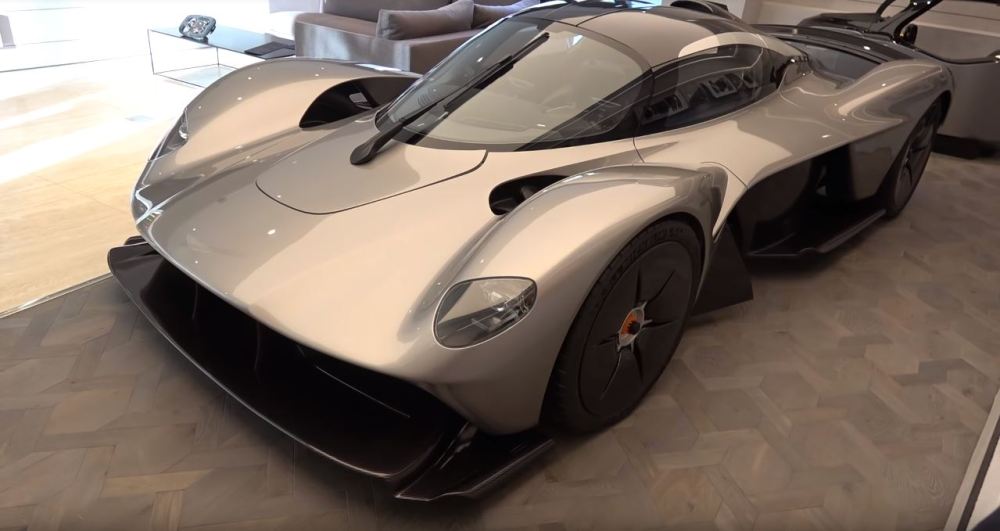 The Valkyrie also carries the lightest headlight and tail light assembly compared to any car in the market today. In fact, the front and rear light assemblies together weigh less than a single light unit on any car in existence. That’s not it, the Valkyrie also carries the world’s smallest high-mounted stop light which is 7 mm tall and 4 mm thick. As James precisely puts it, the Valkyrie will push the boundaries of what’s legally allowed on a road-car.

Pursuit for the most performance efficient design doesn’t stop at the exterior. When seated, the driver will have their feet closer together than their hips, as result of the frontal area being reduced. Coming to the seating position, the Valkyrie will feature the most F1 like seating position on any road car ever with the driver’s heels positioned higher than their hips. In contrast to what the consensus would be, the seating is actually comfortable since all the weight is well distributed throughout the driver’s back. Moreover, to make sure that no customer feels uncomfortable on longer drives, Aston Martin will configure the seating position based on each customer’s measurements.

I can keep writing about each and every detail mentioned in the video, but at the risk of spoiling it all for you, I’d just stop here and let you enjoy the video. Cheers!