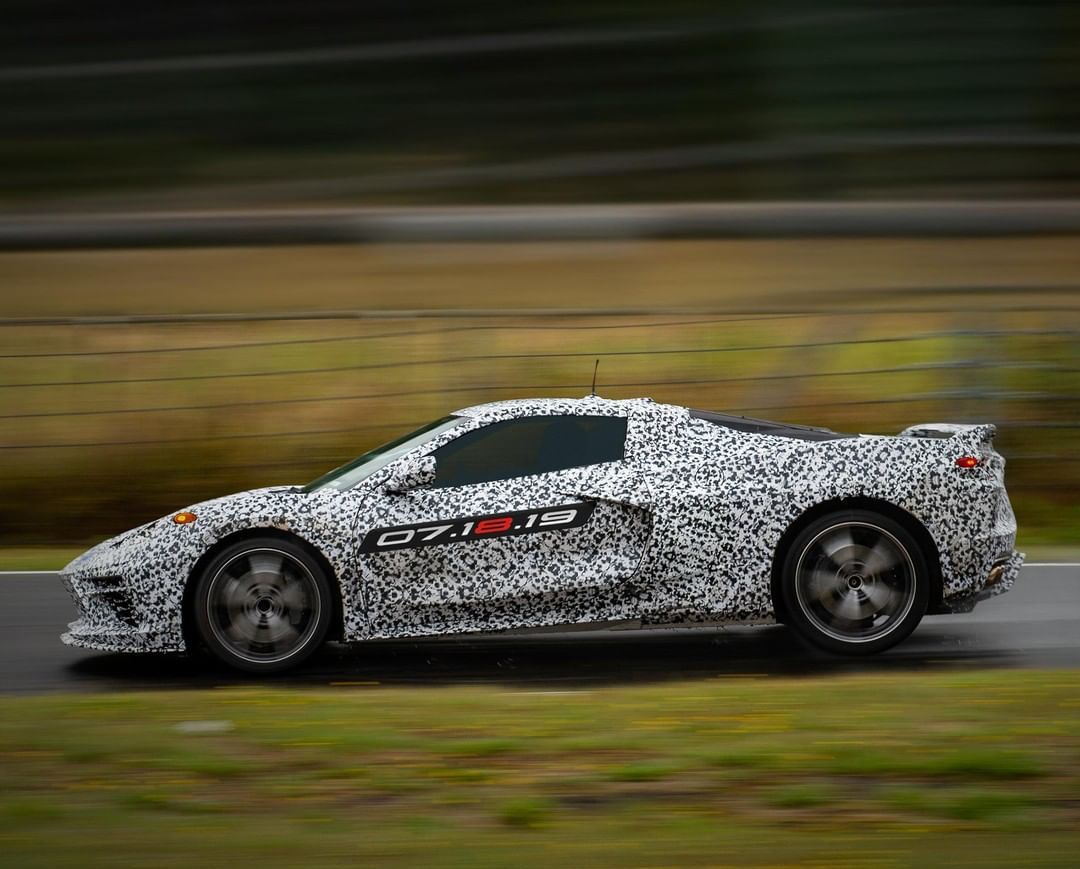 We have a date now for the most-anticipated American car of the year. Gentlemen, the mid-engined Chevrolet Corvette C8 will be unveiled in July!

Chevrolet’s PR and social media engines have released a string of images and videos of the upcoming mid-engined Chevrolet Corvette C8. All posts declare at the top of their voices about the sports car’s big reveal and the camouflaged test mule pictured in the stills have the date stickered on the body – 18 July 2019.

The announcement came out of nowhere from GM CEO Mary at the Siller Foundation charity gala in New York. She also got a ride in the car through the streets of the Big Apple. GM had never come forward to acknowledge the mid-engined Corvette’s existence. However, they eventually had to come clean on the worst-kept secret in the industry.

What GM still chose to keep to itself were the details on the powertrain. But if we base our assumptions on the heated discussions happening online, the base model will be powered by some sort of an upgraded version of the Corvette C7’s 6.2-liter V8. More variants with different engines and power outputs will follow the 500 hp model. We are looking at a Z06, a ZR1 and a flagship hybrid which could possibly bear the Zora name tag. Transmission duties will be taken care of by a dual-clutch 7-speed automatic gearbox supplied from Tremec.

Chevrolet is calling the mid-engined Corvette C8 the sum of every generation which preceded it and a new benchmark for performance. It’s a big moment for the manufacturer as they are entering a territory which has got seasoned players from Europe. It’s a bigger moment for fans who have been for the past few years chasing test mules, rummaging through dozens of spy shots, scanning every video that popped up online and hunting for every kilobyte of information that they can get their hands on.

All of that because of the C8’s role in the brand’s future role will be one which changes the way the Corvette is regarded – from an enthusiast’s perspective as well as from an industry angle.