Mercedes-Benz has released a set of new droolworthy images of the AMG Project ONE.

We finally get to see more of the Project ONE as Mercedes has released a new set of pictures of the car in various settings. And again, what is duly notable and appreciable at the same time are the unique aesthetics of the Project ONE. The Project ONE’s appearance is more classic than the angry, angular look that seems to be the prevalent design idea of the Aston Martin Valkyrie and most other hypercars. The shape and surfacing provides glimpse of supercars of the past including the CLK GTR and early SLRs.

“It’s similar to Stirling Moss’s SLRs in the ’50s,” said Mercedes Design Officer Gordon Wagener during a walk-through of the car with Esquire, pointing out how the shoulder line is at wheel level on both vehicles. “We didn’t want it to look like a hypercar,” he added.

The Project ONE utilizes a powertrain from Lewis Hamilton’s F1 car modified for road use. The 1.6-liter V6 is combined with four electric motors for a total estimated power of 1020 hp. The powertrain will screech up to a monstrous 11,000 rpm and allow the Project ONE to be able to sprint to 60 mph in just about 2.6 seconds, and on to a top speed of 217 mph (349 km/h).

All 275 units of the Project ONE have already been sold out including 55 allocated to the United States. Deliveries do not start until 2019. The 275 lucky customers have a lot to look forward to till then, including the endless customization options, watch their engine being hand-assembled, take rides in F1 cars, and receive special training in how to handle a road going Formula 1 car. Mercedes-Benz will build the Project ONE in Brackley and Brixworth in England, where the cars for the company’s F1 team are manufactured. 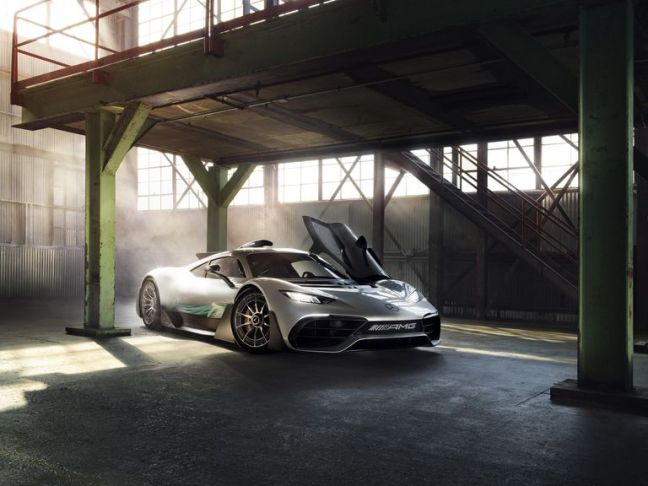 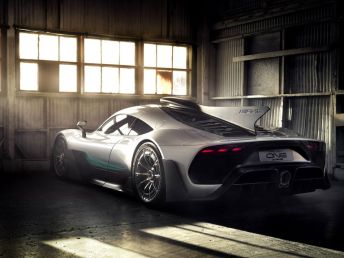 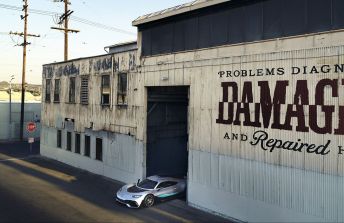