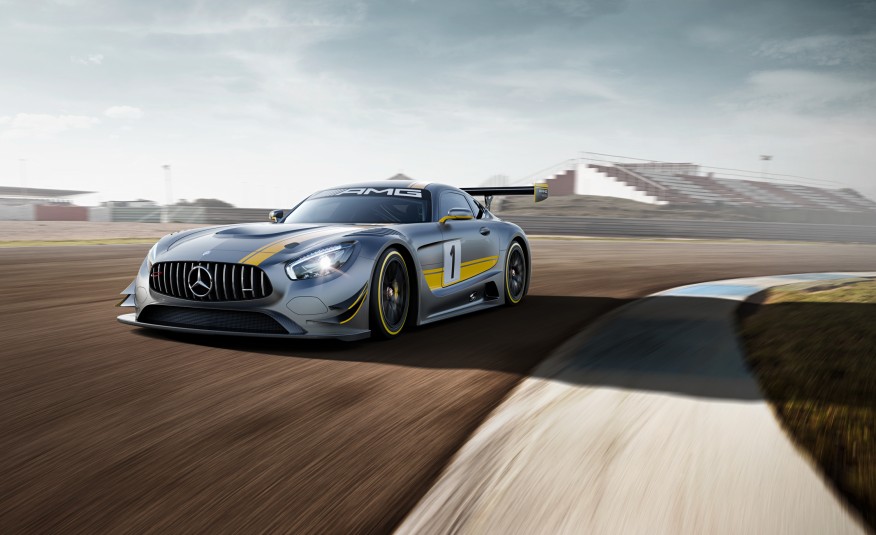 [Update] Mercedes has release more images of the upcoming Mercedes-AMG GT3 race car. As was expected, it is wrapped in every conceivable aerodynamic aid possible to make it stick to the track. This is a car that will take to the world racing circuit soon and has to comply to GT3-class regulations. The engine which was initially thought to be an up-rated version of the 4.0-liter twin-turbo V8 from the Mercedes-AMG GT sports car is actually the same 6.2-liter lump from the old SLS AMG GT3-spec race car. 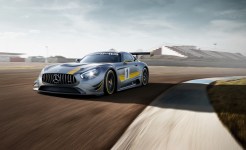 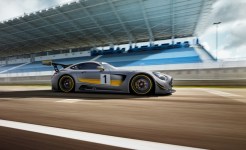 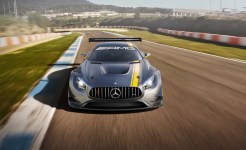 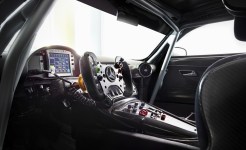 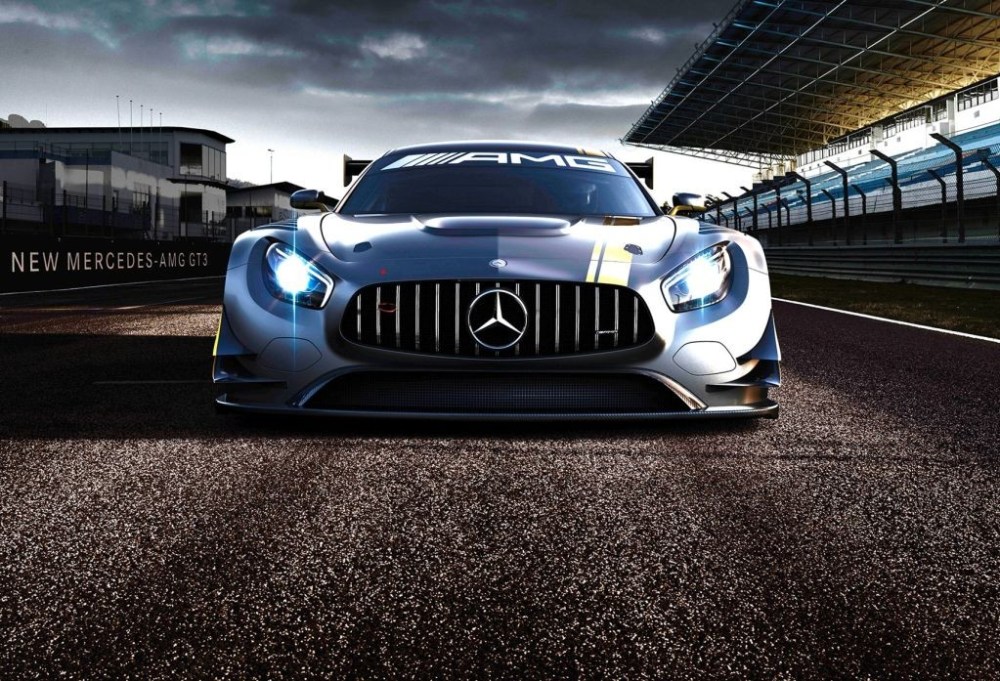 Mercedes-Benz has been an integral part of GT racing for years now. The SLS AMG GT3 race car has won numerous podium finishes for the brand. Privateers have also tasted success in the old V8 powered SLS AMG. The race car has also been a part of the American Le Mans series and the European leg of the FIA WEC. Last year, Mercedes-Benz introduced the Mercedes-AMG GT- the replacement for the SLS AMG supercar. This year the company will debut the GT3 racing car based on the new model and here is the very first image released by them.

The Mercedes-AMG GT3 will make its official debut at the 2015 Geneva Motor Show. Mercedes is still tight-lipped about their new race car, however we expect more information to be available post the launch next month. Moreover, the AMG GT3 will feature a highly tuned version of the 4.0-liter bi-turbo V8 and raised peak output. Other components including chassis and suspension would be refurbished for race track use and perhaps, the same would true for the transmission.

The exterior of the car is designed in accordance with the latest FIA regulations for the GT3 Class. A large rear wing, low-riding front splitter, regulation diffuser and other aerodynamic aides will thus add to the extreme looks of the car, all the while being functional elements. Regulations would also dictate minimum kerb weight, power output, lightweight competition wheels, carbon brakes among others.